+49 is the dialing code for Germany.

Germany extends from the North Sea and the Baltic Sea in the north to the Alps in the south. Germany, with over 80 million residents, is Europe’s largest nation and has one of the world’s strongest economies. The German government is leading the EU and Germany’s influence is also growing globally. 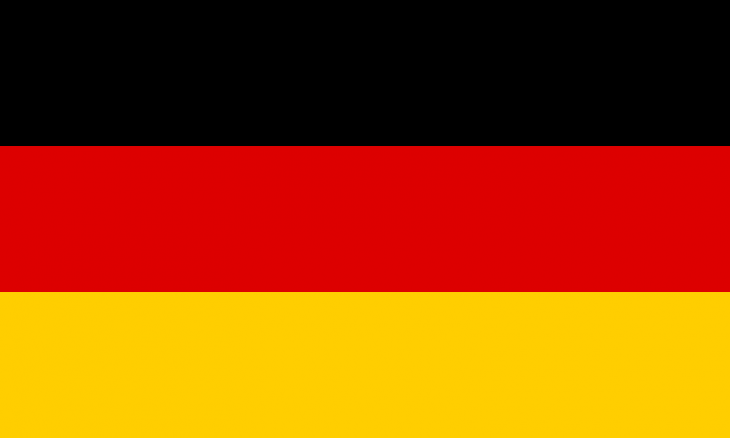 Germany extends from the North Sea and the Baltic Sea in the north to the Alps in the south and to the surface is slightly larger than Finland. Within this area, one can roughly distinguish three different types of landscape: the northern German lowlands, the middle German mountain country and the alp area.

The German part of the Alps is confined to three smaller areas with mountain peaks of 2,000–3,000 meters. Further north, the alpine landscape gradually descends towards the Danube river and transits into the middle German mountain country with smaller mountain ranges and valleys.

The northern German lowlands are characterized by moraines, melting water valleys, gravel plateaus, small lakes and moors. Along the coast there are shelters to prevent flooding. Inside, fertile marshland is spreading.

Germany is in the transition zone between the western European coastal climate and the central European inland climate. The North Sea and Baltic Sea coasts have mild winters.

The further south and east one gets, the greater the temperature differences between summer and winter. The hottest area during the summer is the low-lying Upper Rhine Valley. The coldest is the Alps.

Humid western winds from the Atlantic dominate and it often rains in the north and northwest; mostly during the summer.

The Baltic Sea coast is, like the North Sea coast, torn apart by deeply penetrating bays. Parts of the coast are flat with sandy beaches, but there are also cliffs and limestone slopes.

The whole of Germany is crossed by rivers. The largest are the Danube, the Rhine and the Elbe. The Oder and Neisse rivers form an eastern border with Poland. In the southwestern corner of the country, the Rhine follows the border with Switzerland and France. The largest lake, Lake Constance, is shared between Germany, Switzerland and Austria. The largest island is Rügen in the Baltic Sea, with popular beaches and ferry services between Sassnitz and Sweden, among others.

Patriotic Europeans against the Islamization of the West (Pegida) gather 17,500 people at a protest meeting in Dresden just before Christmas. It is the largest so far of the actions the group has organized every week since October, in protest of immigration. Several counter-demonstrations have also been organized.

Head of Government from the Left in Thuringia

It will be Bodo Ramelow from the Left who will lead the state government.

The party is increasing its share of the mandates in the parliaments of Thuringia and Brandenburg after the state elections there. In Brandenburg, the SPD gets the most seats while the CDU wins in Thuringia. (14/9)

Prohibited from supporting IS

A ban is introduced to carry out acts in support of IS, including recruiting soldiers for the movement.

Military personnel are sent to Iraq to train Kurdish soldiers who are fighting the Islamic State (IS) extremist Islamist movement.

CDU becomes the largest party with 39 percent of the vote. The Eurosceptic Party Alternative for Germany (AFD) surprisingly wins a seat in the state parliament.

Economic statistics show that Germany’s gross domestic product decreased by 0.2 percent during the second quarter of 2014.

Germany sends military equipment to Kurdish forces in Iraq to support efforts to protect refugees there (see Iraq: Current Policy). The German government will supply military weapons sufficient for a brigade of 4,000 men. Weapons should be used in self-defense. On the other hand, no German attackers will participate in any air strikes.

Arms deal with Russia is canceled

Germany repeals an order to provide Russia with a combat simulation system for EUR 120 billion. The deal was put on ice in March following Russia’s annexation of Crimea.

Germany, along with the EU’s other 28 member states, tighten sanctions on Russia because of Russian support for separatists in Ukraine. Despite the fact that the country’s energy supply to 38 percent consists of Russian gas, the German government is driving the decision.

A 31-year-old man who works at the German intelligence service is arrested and detained. The man is accused of selling secret information to the US spy organization CIA. The information provided includes information on the parliamentary committee that will investigate the interception activity that the US NSA has engaged in in the country (see January 2014). The spy deal leads to the CIA boss in Germany being asked to leave the country.

The Bundestag voted for Germany to introduce a minimum wage of EUR 8.50 from 1 January 2015. However, the minimum level should not apply to minors, trainees or apprentices. Long-term unemployed must work six months in a workplace before they are entitled to the minimum wage.

A new law makes it possible for immigrant children born in 1990 or later to have dual citizenship. Previously, they had to resign one of the citizenship at the age of 23.

Criminal investigation begins on the interception of Merkel’s mobile phone

German State Prosecutor Harald Range wants to investigate the information that German Chancellor Angela Merkel’s mobile phone was intercepted by the US signal tension organization NSA. The disclosure was made by American computer engineer Edward Snowden.

The CDU becomes the largest party in the European Parliament elections

A Hannover court exonerates former federal president Christian Wulff, who was a close ally of Merkel, from all charges of corruption. The suspicions led Wulff to resign as president in February 2012 (see December 2012). Some analysts are now questioning whether Wulff should have left office. For Merkel, the free judgment is a success, as she gave her support to Wulff throughout the “affair”.

Minister of Agriculture Hans-Peter Friedrich resigns after he is accused of leaking information about an ongoing criminal investigation against the Socialist Member of the Confederation, Sebastian Edathy.

The government announces that the German contribution to the EU military training force in Mali is planned to be increased from 180 to 250 men. Discussions are also underway to support the French-led troop operation in the conflict in the Central African Republic.

The US regrets data monitoring

US President Barack Obama said in an interview with German TV channel ZDF that US surveillance of data communications should not damage US-Germany relations. The heavily criticized interception of Angela Merkel’s mobile phone was a mistake and will not be repeated (see also October 2013).

An 88-year-old former Nazi soldier is being prosecuted by German prosecutors for the notorious massacre in the French village of Oradour-sur-Glane in 1944. The charge concerns the involvement in the murder of 25 people and the assassination of hundreds of others.