+45 is the dialing code for Denmark.

Denmark was a regional power during the Viking Age and the Kalmar Union. However, in wars with Sweden, England and Germany during the 17th and 19th centuries, most of the empire was lost. What remained of the country has nevertheless developed into a significant agricultural, commercial and maritime nation. The industry is predominantly small-scale, but a handful of companies are world leaders. The Danes are among the world’s richest, least corrupt and most democratic, equal – and happy – people. 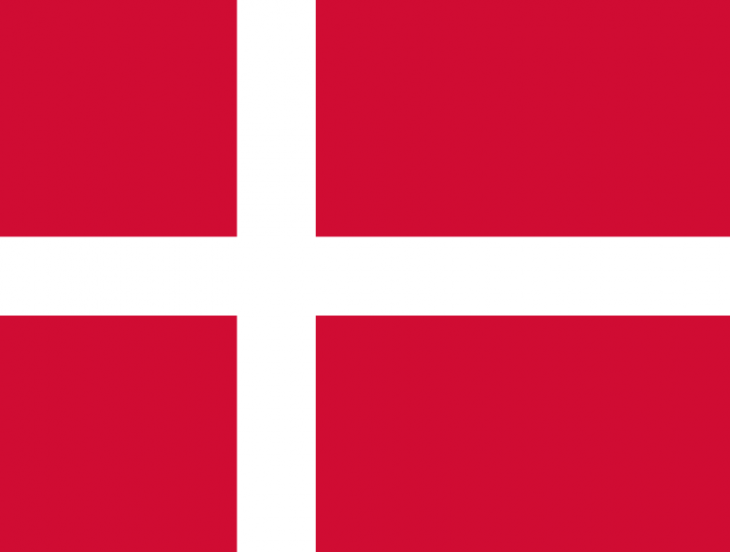 In addition to Denmark itself, the Kingdom of Denmark also includes two areas of the North Atlantic with far-reaching self-government: the Faroe Islands and Greenland. The country is surrounded by the North Sea in the west, Skagerrak in the north and Kattegatt and Öresund in the east and the Baltic Sea in the south. Denmark has a short land border with Germany in the south.

Denmark consists of the Jutland peninsula and over 400 islands, of which 74 are inhabited. The largest islands are Zealand, Vendsyssel-Thy, Funen, Lolland, Bornholm and Falster.

Denmark is a lowland, partly hilly moraine country with an average altitude of 30 meters above sea level. The highest natural points are Möllehöj, Yding Skovhöj and Ejer Bavnehöj, all three of which are 171 meters high and are close to each other in the forest and lake-rich “highlands” in central Jutland. A large part of the 730-mile coast consists of sandy beaches, especially in the west. There are also coastal stretches of chalk or moraine cliffs, beach meadows or forest.

Denmark has a temperate coastal climate with high humidity. There is a lot of wind and the weather is characterized by severe changes. The average temperature is 0 °C in January and 16 °C in August. The most extreme temperatures measured in Denmark are –31 °C and +36 °C. The country receives an average of over 700 mm of precipitation annually and has about 1,500 hours of sunshine per year.

Danish claims on the North Pole

Denmark is turning to the UN to have its claim in a large area of ​​the Arctic recognized by the World Organization. The current area, which includes the North Pole, is 20 times the size of Denmark and probably contains rich energy resources.

Denmark participates in air strikes against IS

The government decides that Denmark should participate in the US-led air strikes against the Islamic State (IS) extremist Islamist group, which has taken brutal control of parts of Iraq and Syria. Denmark will contribute seven fighter aircraft.

In the Danish elections to the European Parliament, the Danish People’s Party is the largest with almost 27 percent of the vote (4 out of 13 seats). The party is considered to have benefited from a debate on “welfare tourism” during the election campaign. The Social Democracy is second largest with 19 percent (3 seats). The left backs to 17 percent (2 seats), while the Socialist People’s Party gets 11 percent (1 seats). Conservative People’s Party gets 9 percent (1 mandate). The people’s movement towards the EU wins 8 percent (1 mandate), while 1 mandate goes to the Radical Left, which receives 6.5 percent of the vote. The turnout is just over 56 percent.

Noisy when the right extremes demonstrate

Eleven people are arrested in connection with the right-wing party National Demonstration demonstrating in front of the Copenhagen parliament. The arrests occur when protesters clash with left-wing groups who have called for counter-demonstrations.

The Socialist People’s Party ministers resign, including Foreign Minister Holger K Nielsen. The defection is rooted in the internal divide within the party. A central dispute is the government’s plans to sell 19 percent of the shares in the state-owned energy company Dong to a consortium led by the US investment bank Goldman Sachs. The party management supports the sale, while the party’s grass roots are opposed. The minority government remains, though in a weakened state. Energy Minister Martin Lidegaard from the Radical Left becomes new Foreign Minister.

Conflict over plans for uranium mining in Greenland

The Danish government opposes Greenland’s plans for uranium mining and uranium exports. Prime Minister Thorning-Schmidt, in a meeting with the Greenland Government, explains that the issue belongs to the defense, foreign and security policy that is decided in Copenhagen. If the two governments cannot agree, the matter will be decided by the Supreme Court of Denmark.