Utah is one of the fifty American states. Located in the Rocky Mountain State Region, it is limited to the States of Nevada to the west, Colorado to the east, Arizona to the south and Wyoming and Idaho to the north. Due to its strategic geographic position, Utah is one of the most important transportation and telecommunications centers in the western United States. 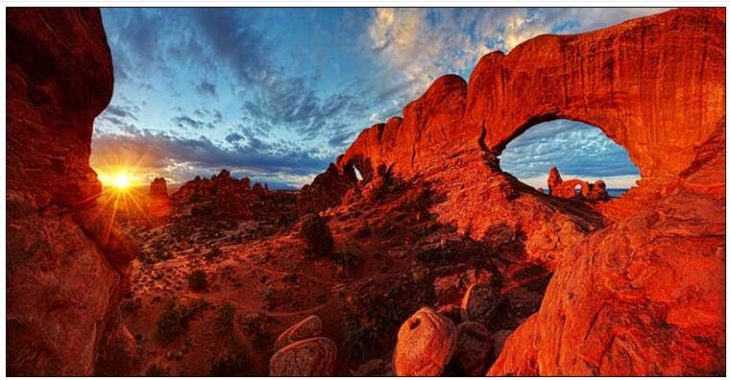 Like many states, Utah was first colonized by the Spanish, who were not interested in the region. With the independence of Mexico, it became part of the country in 1821. After the Mexican-American War, the territory was annexed to the United States in 1848.

The first Americans to settle in the region were Mormons, members of a religious group called Church of Jesus Christ of Latter-day Saints and who still have a large presence in it. The state was created in 1850 by the American government.

The largest lake in the United States is located in Utah: the famous Great Salt Lake. Due to the fact that it does not have drains, its waters are saltier than those of the Pacific Ocean. The state still has a significant desert region and another one covered by forests. Average temperatures in the same range around 20 ºC in summer and -2 ºC in winter.

Salt Lake City is the largest financial center in the state. The main source of wealth for it is tourism; Utah’s main attractions are the various ski resorts and the Great Salt Lake. The transport and telecommunications sectors also make a significant contribution to the state’s economy.

Map of Area Codes in Utah 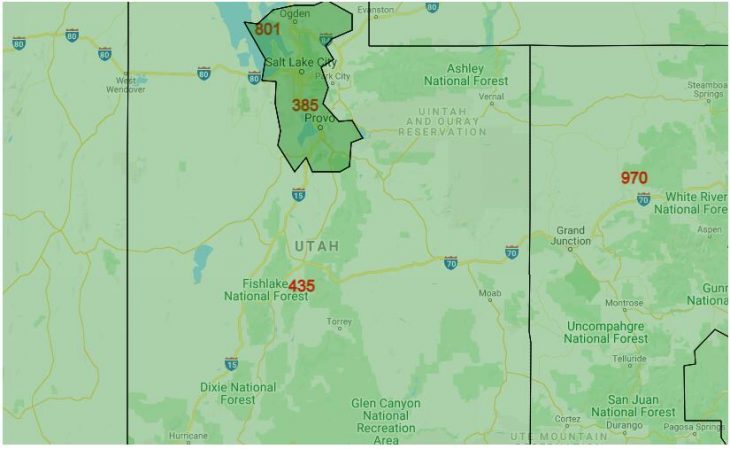 Utah consists of the following area codes. Click on the area code to show the cities in that area code.

The area code of 385 is used in the following 7 counties:

The area code of 435 is used in the following 24 counties:

The area code of 801 is used in the following 7 counties: