The fertile Uganda, located at the equator in East Africa, was one of Africa’s richest countries after independence in 1962. But in less than a decade, prosperity disappeared because of disobedience and dictatorship. The standard of living has gradually increased and everyday life has become safer after President Yoweri Museveni took power in 1986. Economic reforms and ended conflicts have yielded results, but the regime has become increasingly authoritarian and dissatisfaction with Museveni’s rule is growing. 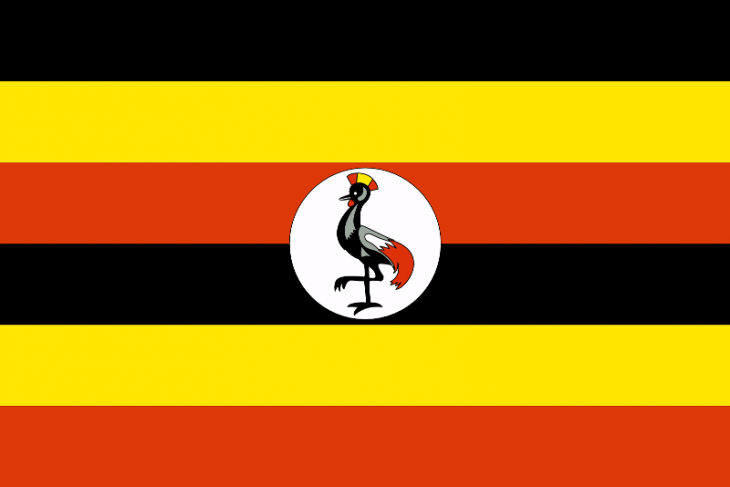 The fertile Uganda is located in the heart of Africa and is on the surface just over half as large as Sweden. It is at least 80 miles from the country to the nearest coast. Uganda’s southern border is just south of the equator. Uganda’s geography is dominated by the East African High Plateau, which rises 1000-1500 meters above sea level.

The high peaks of the Ruwenzori Massif, including the country’s highest peak Margherita, are snow-covered year-round. Uganda’s northern border with South Sudan is the Imatong mountain range.

The high plateau consists mostly of savanna and bush steppe. Tropical rainforests are growing on the hillsides and adjacent to rivers and lakes. However, the rain forest area has fallen sharply as trees have been cut down to give way to new crops.

Almost one fifth of the country’s surface area is made up of lakes. The world’s second largest lake, Lake Victoria, shares Uganda with Kenya and Tanzania. Lake Edward is located on the border with Congo-Kinshasa in the southwest and Lake Albert is further north at the same border. In the middle of the country lies the shallow Kyoga Lake, which in its quarters is swamp land. Uganda has nine major rivers. The Nile, the world’s longest river, has one of its sources in the Ugandan part of Lake Victoria.

Uganda has a tropical climate, but as the country is at high altitude above sea level, temperatures are lower than in other countries around the equator. The average temperature is around 20-25 degrees year-round.

The country generally receives plenty of rain, although it has been hit by drought several times in recent years and climate change also makes it more difficult to predict when the rain will come.

It rains most in the area closest to Lake Victoria, which receives more than 1,500 mm per year. Southern Uganda has two rainy periods: April-May and September-March. In the north, the two rainy periods almost coincide, with a dry period from December to March. The only significant dry area is Karamoja in the northeast.

In the Ruwenzori massif there are some of the few glaciers that are close to the equator. However, reports indicate that the ice is melting and that the glaciers in the Ruwenzi Mountains are believed to have disappeared completely by 2030.

Kasha Nabagesera is one of four award winners in the 2015 Right Livelihood Award for her fight for LGBT people’s rights in Uganda.

On the same day that President Museveni registers as presidential candidate, Amama Mbabazi announces that he will leave the NRM and stand in the presidential election as an independent candidate.

Jamil Mukulu, leader of the Islamic militia ADF (see Modern History and July 2014), is extradited from Tanzania where he was arrested in April. He is to be tried in Uganda, where he is charged with, among other things, terrorism and murder. He is held responsible for the deaths of hundreds of civilians and charged with crimes against humanity and mass murder.

More candidates for the presidential election

Opposition leader Besigye signs up as a candidate in the presidential election. He is in the UK and submits his application documents through a representative. One of his party mates, FDC chairman Mugisha Munta, says he is also thinking of running.

The President is being challenged by a dismissed minister

In mid-June, former Prime Minister Amama Mbabazi announces that he is challenging Museveni and wants to become NRM’s candidate in the 2016 presidential election.

Uganda and 25 other countries agree on a new free trade agreement, the Tripartite Free Trade Area, which covers most of Africa between Egypt in the north and South Africa in the south. However, before the agreement can come into force, negotiations are required and the agreement is approved by the parliaments of the countries.

At the end of the month, State Prosecutor Joan Kagezi is shot dead by unknown assailants. Kagezi led the charge against the 13 al-Shabaab members suspected of the 2010 terror attack in Kampala, when 76 people were killed (see July 2010).

The Minister of Finance is asking for more money

In early March, Finance Minister Matia Kasaija requests an additional appropriation of the equivalent of $ 270 million for the 2014/2015 financial year.

David Sejusa is placed under house arrest when his home is surrounded by police. He is accused of breaking the agreement with the government (see December 2014). After talks between Sejusa and President Museveni, the house arrest is set aside.

The United States claims at the beginning of the month to have arrested Dominic Ongwen, an LRA commander, at the level of Joseph Kony, in the Central African Republic. Central African rebels say he was captured by them and demands the ransom of up to five million dollars promised by the United States. Since 2005, Ongwen has been wanted by the ICC for war crimes and crimes against humanity. He will be sent to court on January 20.