Transylvania is a province in Romania that is very different from other parts of the country. In this legendary part of Central Europe you will find fantastic nature and rural idyll with good food and good wine. Here the mountain range stretches the Carpathians with its vast primeval forests and beautiful valleys. Transylvania has a long and exciting cultural history and has since time immemorial been populated by different ethnicities who have all left their special mark on the mountain country. Bursting into the fantastic landscape you will find medieval villages, ancient health resorts and old castles. 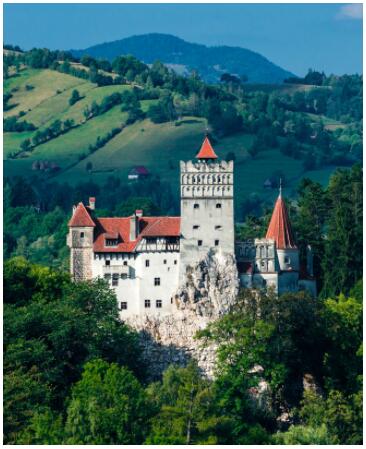 Day 1. Travel to Bucharest
Arrival at Otopeni Airport outside Bucharest where our local guide will meet us. Bucharest is one of Central Europe’s cultural and economic hubs and the perfect starting point for a round trip in Transylvania. We begin our stay with a city tour where we get to see the world’s second largest administrative building – the Palace of Parliament. The building was erected as a boast building by Romania’s infamous dictator Ceausesco and was called the “House of the People” during the communist era. Overnight in Bucharest. (Dinner)

Day 2. Bucharest – Cozia – Sibiu and Bazna / Medias
After breakfast, the journey goes to the Trans-Sylvian city of Sibiu, which until the end of the 1930s had a population that was mostly ethnic Germans. On the way we stop at the peaceful Cozia Monastery which is one of the oldest monasteries in Romania. We then continue through the scenic Olt Valley via the Turnu Rosu Pass to Sibiu where a city tour awaits. Sibiu was the European Capital of Culture in 2007 and there are many beautiful things to see in this ancient city dating back to the Middle Ages. Overnight in Bazna / Medias. (Breakfast and dinner)

Day 3. Bazna – Biertan – Sighisoara – Seuca and Bazna / Medias
After breakfast we go to Biertan where we visit one of the country’s largest fortified churches built in the Gothic style. Then we go to Sighisoara which is considered to be one of the most beautiful and best preserved medieval cities in Central Europe. Here we see, among other things, the Sighisoara church located on a hill above the city and Casa Vlad Dracul – the eerie old stone house where Count Dracula is said to have been born. In the afternoon we go to Seuca Winery where we taste the area’s best wines. Overnight in Bazna / Medias. (Breakfast and dinner)

Day 4. Bazna / Medias – Salina Turda – Cluj Napoca – Bazna / Medias
In the morning we visit the village of Cluj Napoca with its famous medieval church dedicated to the archangel Michael. We also visit Bannfy Palace, formerly home to the Bannfly family and now an art museum. We then go on to Turda to visit the large underground salt mine Salina Turda which has become one of the most popular destinations in the entire region. In the afternoon we make a horse and carriage ride to the fortified church in Boian. Back in Bazna, a festive dinner with entertainment awaits. Overnight in Bazna / Medias. (Breakfast and dinner)

Day 5. Bazna / Medias – Targu Mures – Corund – Lacu Rosu
In the morning we travel east towards Lacu Rosu (the Red Lake). On the way we stop in the town of Targu Mures with a large Hungarian population. Here we visit the largest Orthodox church in Transylvania and the city’s cultural palace, which was built in the early 20th century in Hungarian Art Nouveau style. On the way we also visit the community Corund which has a predominantly Hungarian population and is widely famous for its potters and its pottery making. We will also see Praid, which is Romania’s largest salt mine and a large salt reserve. Overnight near Lacu Rosu. (Breakfast, dinner)

Day 6. Lacu Rosu – Cheile Bicazului – Prejmer – Predeal
In the morning we discover Lacu Rosu’s imaginative landscape with wooded mountain sides that reach all the way down to the lake. According to legend, Lacu Roso is said to have received its reddish color from the blood that flowed from those who ventured on a swim in the lake but were killed by the dragon living in its depths. We continue our journey via Transylvania’s mountain roads through the Bicaz Valley with its majestic cliffs to the fortified church in Prejmer, founded by German knights during the Middle Ages. Overnight in the beautiful mountain resort Predeal. (Breakfast and dinner)

Day 7. Predeal – Harman – Brasov – Bran – Rasnov – Predeal
After breakfast, we continue to the fortified medieval church in Harman, which is on the UNESCO World Heritage List. We continue our journey through the Century Land, which once formed part of the Hungarian half of the Austrian-Hungarian dual monarchy. Arriving in the well-preserved old town of Brasov, we take a tour of the beautiful city center. Brasov was founded by German settlers during the Middle Ages and during the first part of the 20th century the city still had a large German-speaking population. We visit the most important sights such as Biserica Neagra (Black Church), the medieval city wall, the famous town hall and walk along one of Europe’s narrowest alleys – Strada Sforii (“Snörgatan”). In the afternoon we visit Bran Castle – also known as Dracula’s Castle. The castle, which was originally built by German knights and has since the Middle Ages been home to several historical figures. The castle also seems to brood on several frightening secrets. Overnight in Predeal. (Breakfast and dinner)

Day 8. Predeal – Bucharest before returning to Sweden
In the morning we return to Bucharest. Transfer to the airport for return. (Breakfast) 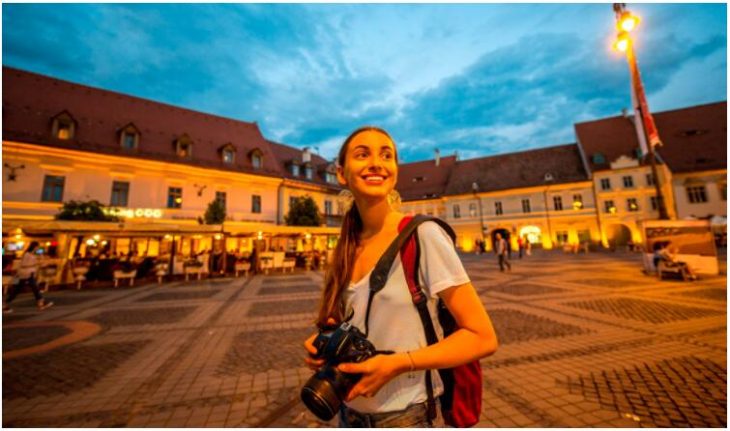