+597 is the dialing code for Suriname.

The former colony of Dutch Guiana on the north coast of South America became the independent Surinam in 1975. Military coups and insurgency characterized much of the first period after independence. The population is of very mixed origin. Most are descendants of contract workers from India or Java, or of African slaves. The majority live in the coastal region while the rest of the country consists mostly of untouched rainforest. The economy is based on gold, oil and to a lesser extent agriculture. 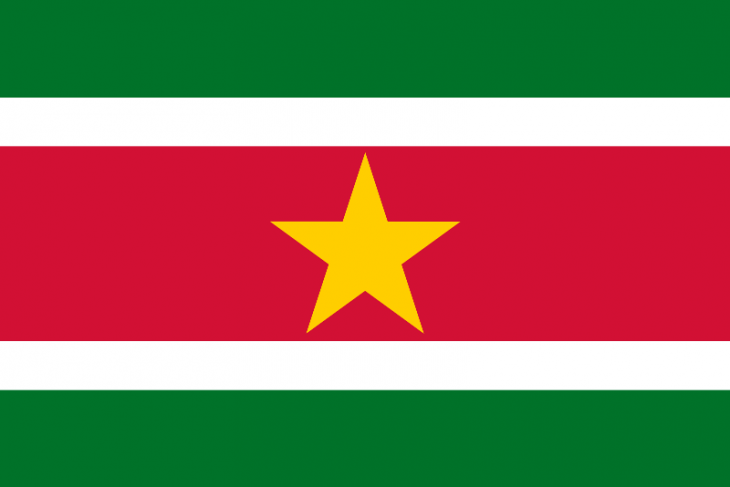 Suriname is located in northern South America with a coast to the Atlantic. On the surface it is South America’s smallest country, corresponding to just over a third of Sweden’s. Most of the country is covered by rainforest and the climate is tropical.

Suriname, formerly Dutch Guiana, borders the former British Guiana and French Guiana, which still constitute French territory. The country also has a shorter border with Brazil in the south.

Almost the entire population lives on the narrow coastal plain with mangrove swamps and swamp forests. Inside the plain takes a slightly hilly landscape. In southern Suriname several mountain ranges descend towards the Tumuk Humak Mountains (Tumac-Humac) at the border with Brazil. Seven major rivers flow north toward the Atlantic, including the Surinam River, which on its way to the capital Paramaribo passes the dammed van Blommestein Lake. Many of the Surinam rivers are contested and can only be navigated by canoe.

About 90 percent of the land area is covered by rainforest, which has largely remained untouched. Wildlife is abundant with monkeys, jaguars and other cats, slugs, parrots and hummingbirds, frogs and insects. In the rivers there are pirayas as well as the world’s largest snake, the anaconda.

The climate is hot and humid with high rainfall in almost all year round, with a peak in May and June when it falls over 300 mm and rain can be expected almost every day. Only during the period September to November it rains slightly less. The temperature is basically the same all year round.