+82 is the dialing code for South Korea.

In a couple of generations, South Korea has been transformed from a poor agricultural nation into one of Asia’s richest countries. Industry giants such as Hyundai and Samsung have made South Korean exports world famous. But there is no peace with North Korea after the end of the Korean War in 1953, and South Korea is characterized by neighboring conflict and US military support. 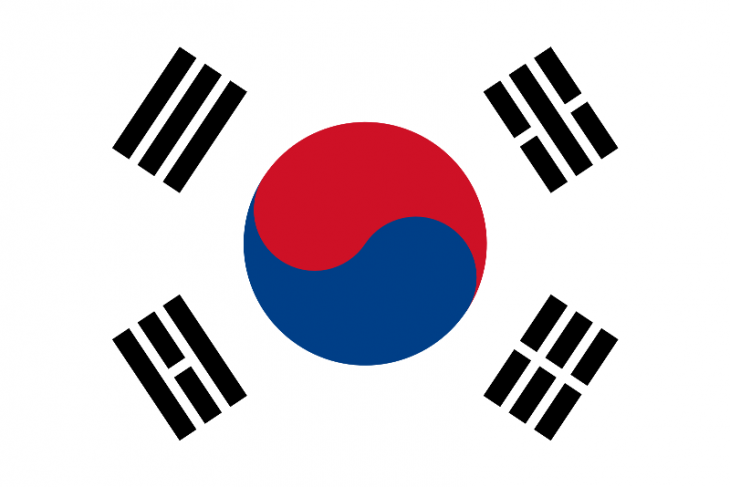 South Korea is located on the southern peninsula of the Korean Peninsula. The country is surrounded by the Yellow Sea to the west and the Japanese Sea to the east (which South Korea calls the Eastern Sea). South Korea is separated from Japan by the Korean Strait, which at its narrowest point is 20 miles wide. The border with North Korea is a demilitarized zone along the 38th latitude.

South Korea’s eastern coast is high and straight, while the southern and western coastlines are severely intersected by bays, headlands and islands. There are a total of about 3,500 islands, of which over 600 are inhabited. Largest is Jeju, about ten miles south of the mainland. Four-fifths of South Korea’s land area consists of highlands and mountains. Taebaek and Sobaek are the largest mountain ranges. The country’s highest peak is Halla-san, a volcano on Jeju.

South Korea has a temperate climate with four seasons. The winters are long, cold and dry, while the summers are short, hot and humid, especially in the southern part of the country.

Most of the rain falls during the period April to September, when monsoon winds from the Pacific Ocean sweep over the Korean Peninsula.

South Korea can be hit by powerful hurricanes and typhoons, which sometimes cause great havoc.

South Korea is expanding its airspace in response to China recently introducing a special flight zone over the East China Sea. The Chinese zone includes a rock formation that South Korea controls and claims. After the expansion of the South Korean airspace, the disputed cliff is now included. Enlargement not only overlaps with the Chinese air zone, but also Japanese airspace, a fact that is likely to further increase tensions between countries.

The work in Kaesong resumes

South and North Korea decide to resume work in the Kaesong industrial zone on September 16.

At the end of the month, talks are also held on the reunification of Korean families that have been divided due to the Korean War and today live on different sides of the demilitarized zone. The last time families had the opportunity to meet relatives on the other side was 2010.

Kaesong should be opened again

New calls about the Kaesong industrial zone say it will open again, but not when.

The government announces that state aid will be provided to North Korea. The aid will be used for vaccines, food and medicines for children and will go through the UN Children’s Fund Unicef.

North Korea announces to the South Koreans that they are welcome to visit and inspect the Kaesong industrial zone, which closed in April due to increased tensions between the two countries. In response, South Korea is inviting Pyongyang to lower-level talks to reopen the zone. North Korea accepts the invitation, but the July 6 meeting will not open the zone again. The official statement from the meeting will be that Kaesong will be opened when “time is ripe”. More meetings are held during the month without the issue being resolved.

When President Park Geun-hye meets his Chinese counterpart Xi Jinping in Beijing, the two countries agree to work for nuclear disarmament on the Korean Peninsula through six-party talks, which have been down for over four years.

Cyberattack on the anniversary

A number of South Korean websites on the internet – both official and media – are hacked in a coordinated attack on the anniversary of the start of the Korean War. The perpetrators are unknown. On the hacked pages are messages about North Korean leader Kim Jong-un’s excellence and that the hacker group Anonymous is behind. This group denies the accusation and says that on the same day, they conducted a series of attacks against North Korean media sites on the Internet.

On June 10, North Korea and South Korea will agree to hold a government-level meeting in Seoul, primarily on cooperation on the Kaesong industrial plant. Such talks have not been held since 2007. However, a few days later, the plans are put on ice since the parties have disagreed on which delegates will attend.

The opposition changes its name

The main opposition party DUP changes its name to the Democratic Party (DP).

South Korean experts conclude that North Korea is behind extensive cyberattacks against tens of thousands of computers belonging to banks and media companies in South Korea in March.

Since the UN Security Council introduced new sanctions on North Korea following a new nuclear test, the North Korean regime says it intends to cancel existing non-aggression agreements with South Korea and close the border crossing to the South at the demilitarized zone. The South Korean government issues warnings to North Korea and raises its military readiness. Military exercises are conducted with the United States. US F-22 fighter aircraft participate in the exercise as another indication that the United States is prepared to defend South Korea against attacks from North Korea.