+421 is the dialing code for Slovakia.

In the middle of Europe lies Slovakia surrounded by the Czech Republic, Poland, Ukraine, Hungary and Austria. Slovakia became independent when Czechoslovakia was divided in 1993. Since then, the economy has grown strongly, the country has become a member of NATO and the EU and switched to the euro as a currency. 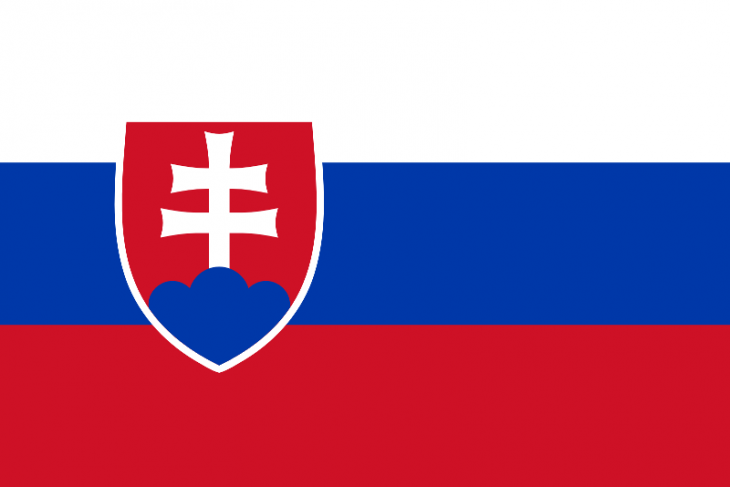 Slovakia is a coastless country in Central Europe with a border with the Czech Republic in the northwest, Poland in the north, Ukraine in the east, Hungary in the south and Austria in the southwest.

The landscape is dominated by the westernmost foothills of the Carpathian mountain range. In the north lies the High Tatras (Vysoké Tatry) and in the central and eastern parts of the Low Tatras (Nízke Tatry).

Numerous rivers, including Váh, Nitra and Hron, flow from the mountains down to the plains. Most lead to the Danube River (Dunaj), which in the south partly forms a border with Hungary.

In the southwest and southeast there are fertile plains. Otherwise, Slovakia is largely covered by forest.

Slovakia has an inland climate with cold, dry winters and hot summers. In the mountainous parts of the country it is considerably cooler and more rainy than in the plains of the south, where the capital Bratislava is located. Most precipitation falls during the summer months, between June and August.

President Kiska vetoes the law on the registration of religious communities adopted by Parliament in November. According to the president, the law is discriminatory and violates the fundamental civil rights. However, Parliament is expected to adopt the law again, thereby running over the president.

Parliament, by a large majority, adopts a law that makes it more difficult to register religious communities. A religious group must have at least 50,000 members in order to receive state grants and run their own schools, the new law says. Previously, the requirement was 20,000 members. The bill had been tabled by the smaller government party SNS, whose leader Andrej Danko says that “Islamization starts with kebabs and it is already in progress in Bratislava, just think about what we can see in five to ten years”. There are between 2,000 and 5,000 Muslims in Slovakia.

Parliament, as expected, adopts a law banning right-wing patrols aboard the trains (see September). The right-wing extremist L’SNS, who is considered to use widespread EU skepticism for assault against the Roma minority, says patrolling should continue but elsewhere. The party claims that residents of eastern Slovakia are “terrorized by asocial parasites”.

China will, in its own words, “provide an appropriate response” to President Andrej Kiska’s meeting with exiled Tibetan leader Dalai Lama. According to the Chinese government, the meeting is a violation of the “a China” line recognized by the Slovak government. Nothing is said about what kind of revenge is to be expected.

Independent Slovak First President Michal Kováč dies at the age of 86. He was president from 1993 to 1998 which was a stormy time for the then new state. Kováč was often on a collision course with the controversial Prime Minister Vladimir Mečiar, whose undemocratic way of ruling to some extent isolated Slovakia from the international community.

Party fragmentation is jeopardizing the government

Five of the seven MPs from the small middle party The Network is applying to join the Bro party. They retain their parliamentary seats, but the power shift between the parties causes the Network to lose its only ministerial post, which goes to Bro instead. Smer-SD, SNS and Bro conclude a new agreement on government cooperation.

Fico wants to bring the EU closer to Russia

Prime Minister Fico said after a meeting in Moscow with President Putin that the EU should abolish sanctions against Russia. He claims that the penalties against Russia have not solved any problems. Slovakia is the Presidency of the EU and will host a meeting with the Union’s foreign ministers.

The government is proposing a law banning the citizens’ guards formed by the right-wing extremist party L’SNS to patrol the trains in search of the Roma.

The new four-party coalition will take place on March 23. The four parties agree to lower the corporate tax rate and achieve a budget balance before the end of the 2020 mandate.

Prime Minister Fico announces new government. Smer-SD forms a coalition with the Slovak Nationalist Party (SNS) as well as with Bro and the Network. Only a week earlier, they have refused to participate in the government but have now changed. Smer-SD receives nine ministers, SNS three, Bro two and the Network one minister. Together, the four parties have 81 of Parliament’s 150 seats.

The parties Network and Bro announce that they are not interested in a government cooperation with Smer-SD. Prime Minister Fico will now have to form a new government by March 18, otherwise the assignment will be transferred to another party leader.

Following an election movement that largely revolved around the resistance to refugee reception, parliamentary elections will be held on March 5. Social Democratic Smer-SD, led by Prime Minister Robert Fico, wins. However, the party strongly backs from the 2012 election as it got enough votes to govern on its own. In 2016, Smer-SD gets just under a third of Parliament’s 150 seats and is forced to find at least one other party to work with. Fico, who gets the president’s mission to try to form a new government, says the negotiations can be tricky as the new parliament becomes politically divided with eight parties represented, four of which are new in this context. Among the new ones are the right-wing extremist Kotleba – the People’s Party of our Slovakia (L’SNS), which is supported by just over 8 percent of voters. Party leader Marian Kotleba is an outspoken Nazi sympathizer and notorious for aggressive attacks on the country’s Roma minority. The rise of neo-Nazis and ultranationalists is considered to be the result of leading politicians such as Fico, through their rhetoric, rendered anti-Muslim and anti-immigrant attitudes room-clean. In addition to L’SNS, the conservative and Euro-skeptical We Are a Family and the Middle-Right Party Network made its debut in Parliament, while the Slovak Nationalist Party SNS, also described as right-wing extremism, returns after four years outside the People’s Assembly. Two Christian Democratic parties are leaving Parliament.