Serbia was the largest sub-republic in Yugoslavia. In Serbia, the province of Vojvodina is in the north, while Kosovo in the southwest has broken out and unilaterally proclaimed independence. Since the union with Montenegro was dissolved in 2006, Serbia has been cut off from the Adriatic. The country carries a heavy legacy from the wars of former Yugoslavia in the 1990s but now aims to become a member of the European Union, the EU. 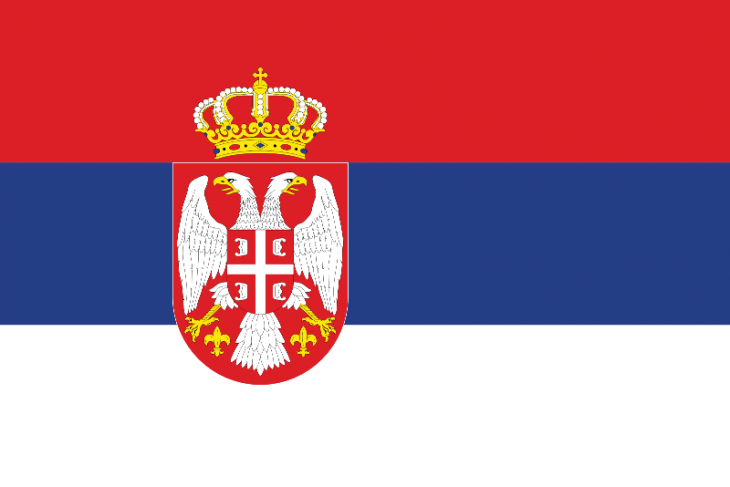 Serbia is largely located on the mountainous Balkan Peninsula in southeastern Europe. The northern quarter of the country is made up of the autonomous province of Vojvodina, which belongs to the flat central European Danube basin.

Serbia was the largest sub-republic in the former Yugoslavia. In the southwest lies the former Serbian province of Kosovo which in 2008 unilaterally proclaimed its independence from Serbia. On the surface, Serbia – without Kosovo – is as large as one-sixth of Sweden.

The Danube, the second longest river in Europe, forms part of the border with Croatia. The Danube flows through northern Serbia and then forms part of Romania before continuing towards its outlet in the Black Sea.

To the north of the Danube are fertile plains that are also irrigated by the rivers Tisa and Sava. Sava flows together with the Danube in the capital Belgrade (Belgrade). The Morava River flows southwards through Serbia and also opens into the Danube, east of Belgrade.

Inland climates prevail with cold winters and hot, humid summers. In recent years, the country has been hit several times by heavy downpours that have led to severe flooding.

The high budget deficit is forcing the Government of Serbia into tangible austerity. Public salaries must be lowered, VAT increased and subsidies to state-owned companies stopped. The fight against tax fraud should also increase.

Serbia dissolves the four Serbian municipal governments that the country funded in northern Kosovo. The decision is part of the agreement on normalized relations concluded by Serbia and Kosovo in April, which is a prerequisite for Serbia to start negotiating EU membership in January 2014. Since the end of the 1990s, the Kosovo War has been outside Kosovo. government control and Serbia have continued to fund police, the judiciary, health care and schools.

The internal contradictions in the coalition trigger a government crisis. Prime Minister Ivica Dačić threatens to dissolve the coalition government unless Finance and Economy Minister Mlađan Dinkić resigns and his party Serbia’s united regions leaves the government. The largest coalition party, the Serbian Progress Party, accepts the demand, and the finance minister and a few other ministers are fired.

Ex-King Petar is buried in Serbia

The remains of Serbia’s last King Petar II and three other members of the former royal family are buried in the Serbian city of Topola. King Petar went into exile at the Nazi occupation of Serbia in 1941, when he was 17 years old. He died in the United States in 1970.

Former Chief of Police and Security Vlastimir Đorđević acknowledges that war crimes were committed against Kosovo Albanians during the 1999 war. The recognition comes in the appeal of the 27-year prison sentence against him at the War Criminal Tribunal in The Hague. Đorđević, who was convicted of participating in the murders of over 700 Kosovo Albanians, has previously denied the allegations but is now apologizing to the civilian Albanian victims, their families and the refugees.

The Serbian government agrees with the Serbs in northern Kosovo on how to implement the EU-negotiated northern Kosovo agreement, despite the fact that the parties disagree on the content of the agreement. Serbia will, among other things, continue to finance health care and education among the Serbs in the area. Implementation of the EU agreement is the most important condition for Serbia to have a start date for EU membership negotiations. In Belgrade, however, thousands of right-wing nationalists are protesting against the agreement. They accuse the country’s leaders of treason and scan “We shall liberate Kosovo” and “Moscow, not Brussels”.

In an interview with a Bosnian TV station in front of Serbia’s President Tomislav Nikolić, he apologized for the massacre of about 8,000 Muslims in the city of Srebrenica in Bosnia in 1995. However, he does not label the crimes as genocide.

Serbia and Kosovo conclude an agreement on northern Kosovo, which means that the Serbs there must obey Kosovo law but have some autonomy. The EU thus opens negotiations for Serbian membership, but Serbian nationalists protest and believe that Serbia has given up Kosovo. The head of the Kosovo government’s office resigns in protest against the agreement, which he says should have been subject to a referendum.

No to the demands of Albanians in southern Serbia

In southern Serbia, municipalities with the majority Albanian population demand to form an association, which is rejected by the government. Prime Minister Ivica Dačić explains that the poor and ethnically divided area must receive strategic development projects. About 50,000 ethnic Albanians live in the region.

The Presidents of Serbia and Kosovo meet

The prime minister is accused of gangster conspiracy

Serbian media reveal that Prime Minister Ivica Dačić during his time as Minister of the Interior in the DS-led government in 2008-2009 had meetings with a gangster. Rumors are emerging that the government may be forced to resign and a new election is called for, which is, however, rejected by the Deputy Prime Minister, SNS leader Aleksandar Vučić, responsible for the fight against corruption. Dačić says he did not know that the person in question had a criminal background.