+221 is the dialing code for Senegal.

Senegal is the only state on the West African mainland that has never been ruled by military. Its first president after independence in 1960 was the poet Léopold Sédar Senghor, who was followed by other civil leaders. Multiparty democracy has existed since the early 1980s. In the Casamance region in the south, there has been a low-intensity separatist war for decades. Although Senegal is more developed than most of the neighboring countries, there is great poverty. The majority of the population is dependent on cultivation and fishing for their own use to cater for their livelihood. 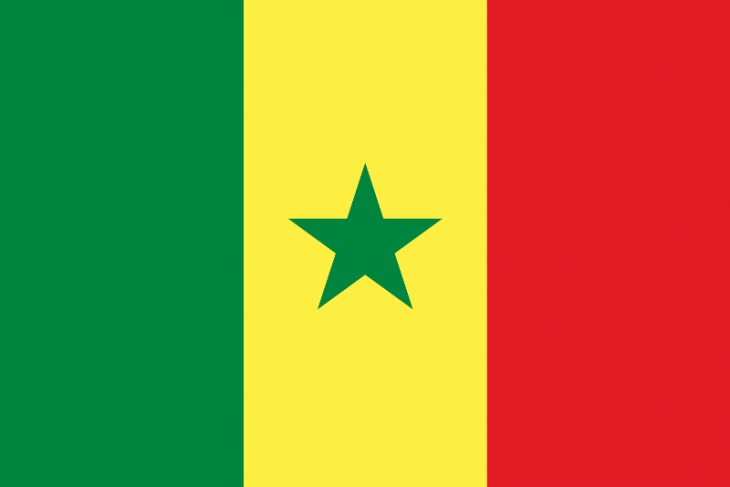 Senegal is located in West Africa and is almost half the size of Sweden. The Cap Vert peninsula, where the capital Dakar is located, is the westernmost point of the African mainland. The small state of Gambia goes like a wedge straight in along the Gambia River, shielding the Casamance region to the south from the rest of Senegal.

Senegal is a flat lowland. The mountains that exist reach a maximum of almost 600 meters above sea level and are located on the border with Guinea in the southeast. Characteristic of the Senegal landscape are the large baobab trees, which are also a symbol of the state arms. The Atlantic coast consists mostly of sand.

Most of the country lies in the often drought-stricken Sahel area, which is a wide belt of semi-deserts and savannas on the southern edge of the Sahara. At the far south, however, there is lush greenery and even rain forest inland.

The climate is varied in Senegal. In the northern part it is semi-dry and on the coast it can be relatively cool in winter. In the Casamance region in the south, it is significantly hotter and humid than in the rest of the country. The rainy season lasts the longest from June to October.

The hinterland also receives more rain and higher temperatures than the coastal regions. In Dakar it is often quite windy. The clearly defined dry and rainy periods are characterized by different winds: a northeastern winter wind and a southwestern summer wind.

Dakar Mayor Khalifa Sall is deprived of his immunity from prosecution, which allows him to stand trial for embezzlement (see March 2017).

Former President Abdoulaye Wade leaves his seat in the National Assembly. The 91-year-old PDS politician says he only pitched in July to promote his party.

The government’s election victory is confirmed

The Election Commission announces the final result of the parliamentary elections and confirms that the ruling alliance Benno Bokk Yakaar wins by a good margin. BBY receives almost exactly half of the votes and 125 of Parliament’s 165 seats. Formally, the result must be approved by the Constitutional Court. The alliances led by former President Wade (Coalition Gagnante / Manko Wattu Sénégal) and Dakar’s Mayor Khalifa Sall (Manko Taxawu Senegaal) receive 19 and 7 seats, respectively. Khalifa Sall wins a seat in parliament, despite being in prison (see March 2017). In total, 14 parties are entering Parliament where, for the first time, Senegalese living abroad are represented by 15 members.

Before any official election results are presented, the ruling party alliance Benno Bokk Yakaar claims that it has won in all but three of the country’s 45 constituencies. Despite President Sall calling on the Election Commission to approve ordinary ID cards, hundreds of people complain that they did not get to vote because they lacked biometric credentials.

Choices with many options

The more than 6.2 million voting Senegalese have a record 47 candidate lists to choose from when they elect the 165 people to sit in Parliament in the coming years. For the first time, 15 places are reserved for the half a million Senegalese living abroad. Although Senegal has a tradition of being one of Africa’s most stable democracies, the electoral movement has been tense. At several elections, there have been violent acts that have ended with the police firing tear gas and arresting dozens of people.

Four days before the parliamentary elections, the Constitutional Court approves that passports or other ID cards may be used as identification documents in the polling stations, because the authorities have not been able to produce enough biometric ID cards. The decision is made at the request of President Sall but is met by protests from several opposition parties who fear that this will increase the risk of electoral fraud. Sall hopes that the election will strengthen his support in Parliament.

A special court in Dakar confirms the life sentence against Chad’s former dictator Hissène Habré who was convicted of war crimes, crimes against humanity and torture (see May 2016). Thus, Habré’s opportunity to appeal has been exhausted.

Thousands of people gather in Dakar to demand the release of Mayor Khalifa Sall (see March 2017).

Dakar’s mayor is charged with corruption

Dakar’s Mayor Khalifa Sall and five of his staff are arrested on charges of embezzling nearly $ 3 million in public funds. Sall, who belongs to the Socialist Party, is being prosecuted for fraud and money laundering. He himself denies that he has committed any crime and claims that the prosecution against him is politically motivated, and is because he is seen as an increasingly serious threat to President Macky Sall’s power position ahead of the 2019 presidential election. by challenging Macky Sall.

New friendship with Gambia is cemented

President Sall receives Gambia’s new President Adam Barrow, who is making his first visit to Senegal since taking office as president of the neighboring country. The two heads of state announce that a “new era” has entered the countries’ relationship, which was sometimes strained under Barrow’s predecessor Jammeh. Agreements are signed for cooperation in tourism and defense.

Troops are sent to the Gambia

A crisis in the Gambia where President Yahya Jammeh refuses to resign despite the loss of elections (see Gambia: Current Politics) leads to election winner Adam Barrow swearing the presidential speech at the Gambian embassy in Dakar. On the same day, soldiers cross the border, under the auspices of the regional cooperation organization Ecowa. The force consists of soldiers from Senegal and some other countries in the region. Before this pressure, Jammeh is forced to resign and Barrow is installed as president of the Gambia.

The National Assembly is voting to increase the number of seats from 150 to 165 in order to prepare more room for members who take care of the interests of Senegalese living abroad. The opposition voted no to the proposal, which they believe is just a waste of money. They intend to appeal the decision to the Constitutional Court.