With only 4,005 km² of land area, Rhode Island is the smallest of all fifty American states. To give you an idea, it is about 428 times smaller than Alaska. Rhode Island was the first of 13 colonies to declare independence from Britain.

Located in the northeastern United States, the province is bordered by the state of Massachusetts on the north and east, with Connecticut on the west, and the Atlantic Ocean on the south. Of its relatively small population (1,048,319 residents), a significant part is made up of Portuguese. Evidence of this is the predominance of the Catholic religion in the state, in addition to the presence of several deputies of Portuguese origin.

The state’s economy is based on agriculture, fishing and tourism. Rhode Island’s largest city is Providence, which is also the state capital. 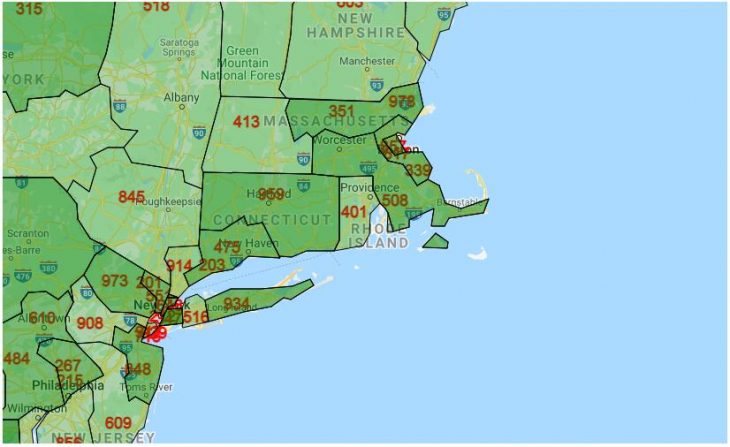 Rhode Island consists of the following area codes. Click on the area code to show the cities in that area code.

The area code of 401 is used in the following 5 counties: