+242 is the dialing code for Republic of the Congo.

Congo-Brazzaville stretches more than 100 miles from the Atlantic on the west coast of Africa. The area along the Congo River was incorporated in the French colonial empire from the 1880s. The country became independent in 1960 and since then, largely, ruled by militarily based governments, between 1968 and 1990 as a Marxist-Leninist one-party state. The civil war in the late 1990s caused great damage to society. Oil and timber exports have provided Congo-Brazzaville with good income, but most of the population lives in deep poverty. Falling oil prices have hit the economy hard in recent years. 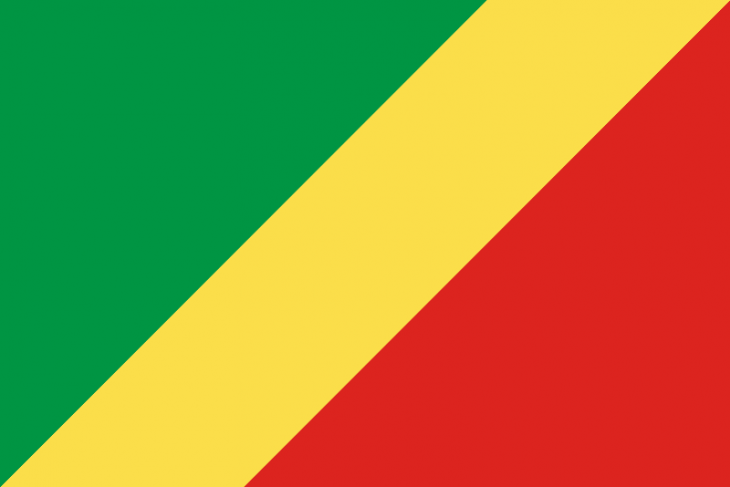 Congo-Brazzaville (officially the Republic of the Congo) is almost three-quarters the size of Sweden. The country is in the middle of Africa and the equator cuts through its northern part. The elongated Congo-Brazzaville extends over a hundred miles from the Atlantic coast in the southwest to the Central African Republic in the north. The coast is made up of swamp in the south, while the northern part is sandy.

Along the border with Congo-Kinshasa (or the Democratic Republic of Congo) to the east flows the river Ubangi, which changes its name south to the Congo River. Near the outlet of the Atlantic, the Congo River passes the capital, Brazzaville.

Northern Congo-Brazzaville is dominated by rainforest-rich highlands, largely wilderness with a significant population of lowland gorillas. In the northwest near the border with Gabon and Cameroon lies the country’s highest peak Mont Nabemba. The landscape in the east is also hilly, but there the vegetation is more sparse. In the middle of the country lies the mountain massif Chaillu. Further south, the fertile, grassy Niarid Valley takes over to be released in the far south by the Mayombé massif, which is intersected by deep ravines.

Congo-Brazzaville has a humid and warm climate. The temperature is around 25 degrees year-round.

Opposition politician Paulin Makaya is sentenced to two years in prison for inciting protests in October against the referendum on the third term of office for the president. He is also sentenced to a fine of approximately SEK 35,000.

Opposition leaders are being prosecuted

Jean-Marie Michel Mokoko, one of the candidates in the presidential election in March, is charged with violations of the national security and seized by security forces. He resigned as adviser to the president as late as February. There is a video from 2007 where Mokoko spoke with a person who claimed to belong to the French security service and discussed plans to have Sassou-Nguesso deposed.

It is Human Rights Watch (HRW), which is behind the accusations that soldiers killed 18 people, including five women and two children, when they served the UN and the AU in the Central African Republic in 2013 til 2015. Two anti-Balaka leaders to have been tortured to died, while two others must have been executed in public. A grave with twelve victims must have been found near a military base where the Congolese soldiers were stationed. They were later identified as people arrested by the Congolese soldiers. The Congolese government rejects HRW’s report and accuses the organization of bias, but says the case will be examined by a Congolese special commission.

The regime asks the EU to revoke its ambassador

There has been harsh criticism from the EU against the presidential election in March.

The credit rating agency Moodys lowers Congo-Brazzaville’s credit rating from B1 to B2. The reason is the low oil prices that have slowed down the pace of growth.

The President appoints the Prime Minister

It will be Clément Mouamba, a former opposition leader from Upads and former finance minister, who is appointed head of government.

On the night of April 4, fighting in the southern part of Brazzaville erupts between security forces and an armed group in an area where the opposition is strong. A police station is set on fire, and another government building is attacked. Thousands of people flee the area. The government describes what has happened as “terrorism”, at least 17 people are killed in connection with the unrest. According to the police, the armed men belonged to the Ninjamilis, which was formally dissolved. The Ninjamilis have had close ties to former Prime Minister Bernard Kolelas, father of Presidential candidate Guy-Brice Parfait Kolelas.

Peaceful protest against the election result

The opposition calls for a strike. In the southern parts of Brazzaville, where opposition parties are strong, almost all activity stops, while life goes on as usual elsewhere. The manifesto is called “wanted murder” (dead city) and similar protests have been held several times before the constitution was amended so that Sassou-Nguesso could stand in the presidential election again.

According to official figures, Sassou-Nguesso accounts for 60 percent of the vote, ahead of opposition leader Guy-Brice Parfait Kolelas who receives 15 percent and General Jean-Marie Michel Mokoko who receives 14 percent. Representatives of the opposition demand that an independent commission be appointed to go through the votes. Restrictions on the media will be lifted on March 24. Three French journalists are beaten by civilian-clad men who claim to be police officers when they leave a press conference held by the opposition.

During Election Day, no media reporting is allowed and all telecommunications are shut down with reference to “national security”. In Brazzaville, the election seems to have been largely calm, but at a polling station, the police use tear gas to disperse about 200 opposition supporters. Prior to the election, President Sassou-Nguesso has admitted that the country has problems but has promised to modernize and industrialize the country if he wins the election. Seven years has been too short to achieve results, he says. The opposition accuses the government side of preparing cheating. According to foreign news media, there are accusations that the length of the vote contains the names of people who have died many years before. When just over two-thirds of the votes are counted, Sassou-Nguesso leads by 67 percent. Representatives of the opposition reject the result.

Opposition pact before the presidential election

On March 18, five presidential candidates, including Jean-Marie Michel Mokoko, will sign an agreement to support the strongest of the opposition candidates should the election proceed to a second round.

The credit rating agency Fitch lowers it from B + to B. As a reason, it is stated that the government has not taken any measures to deal with the consequences of the fall in oil prices in recent years.

Eleven candidates want to be president

In addition to President Sassou-Nguesso, ten opposition candidates, including Pascal Tsaty-Mabiala of the Upads, Gilda Rosemonde Moutsara Gambou of the Free Conscience Party, and the president’s clearer security adviser Jean-Marie Michel Mokoko, have appealed to the Constitutional Court for approval. However, one of the heavier opposition candidates Clément Miérassa from the Social Democratic PSDC has withdrawn from the election, for unknown reasons. The EU has already declared that no observers will be sent to the elections because of the democratic shortcomings, not least in the latest constitutional reform.

Sassou-Nguesso is named PCT’s presidential candidate in the election, which is now scheduled for March.