Peru, at the arrival of the Spaniards in the 16th century, was the center of the mighty Incarceration, which comprised almost a third of South America. The colonizers became rich in huge silver deposits and the mining industry has continued to be central. Fighting between the Maoist guerrillas Sendero Luminoso and the military claimed nearly 70,000 lives in the 1980s and 1990s. Corruption accusations led President Alberto Fujimori to flee the country in 2000 and he was later sentenced to 25 years in prison for human rights violations. 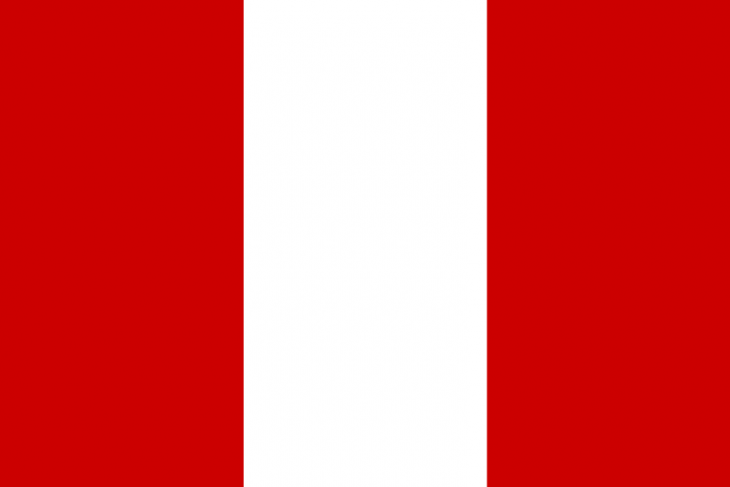 Peru is almost three times the size of Sweden and the third largest state in South America. The Andes mountain range extends from north to south and divides the country into three geographical zones: the coast, the highlands and the rainforest. The climate varies widely between different parts of the country.

The coastal region towards the Pacific (La Costa) is desert-like. Over 50 smaller rivers the coastal plain passes towards the sea, and along some of these the earth is more fertile. The coastal region is often covered by moist fog clouds from the sea but normally does not receive any rainfall at all. The temperature is constant around the clock and all year round.

Less than 15 miles inside the coast, the plain is broken by the slopes that are the beginning of the highlands (La Sierra). Between the mountain ranges with snow-covered, often volcanic peaks over 6,000 meters above sea level, river valleys, mountains and barren plains spread between 2000 and 4000 meters in height. The highlands have a cool climate with abundant rainfall during the winter season (October – April). The temperature varies greatly with the height above the sea as well as between day and night.

East of the forests of the Andes, the Amazon rainforest spreads (La Selva). There, Peru’s longest rivers merge with the Amazon River. The eastern slopes of the Andes and the rainforest occupy almost two-thirds of the country’s surface, but only house about ten percent of the population. On the eastern slopes of the Andes the climate is almost subtropical and transitions to the lowlands in the northeast in tropical climate with more or less heavy rainfall more than 200 days a year.

At the border with Bolivia in the south-east lies South America’s largest and highest lake, Lake Titicaca.

During some years, the weather changes completely in large parts of Peru. It occurs when the warm surface water from the Pacific Ocean changes direction and flows along the equator toward the coast of South America. The water pushes back the cold Humboldt stream off the coast of Peru. The changing currents and winds cause torrential rain along the western slopes of the mountains and severe drought in the southern parts of the highlands. The weather phenomenon, called El Niño, was unusually strong in 1982–1983, 1997–1998 and 2015–2016.

The Minister for the Environment receives recognition at the UN meeting

The UN is holding a two-week climate summit in Lima. The final document sets out how the countries will report on their climate commitments ahead of the big climate summit in Paris in December 2015. Peru and Environment Minister Manuel Pulgar Vidal receive some recognition that there will be no agreement at all on the complex issue.

The large national parties are doing poorly when regional and local elections are held. In most places, regional anchored movements are progressing strongly. Many of them are critical of existing systems and opponents of mining.

Four environmental activists belonging to the ashaninka people are murdered while on their way to a meeting in Brazil on illegal logging. Shortly thereafter, the government decides to set up a commission to investigate the extensive illegal activities along the border, including land rights. The World Bank has estimated that 80 percent of the timber exported by Peru comes from illegal logging.

Finance Minister Luis Miguel Castilla resigns, the last to remain in the government since Humala was elected. Castilla is a technocrat and helped to reassure foreign investors who, upon Humala’s entry, worried about possible nationalizations. However, the business community seems to give the thumbs up to his replacement, Alonso Segura Vasi.

Another new chief minister is appointed

Humala once again undertakes a refurbishment in the government. Ana Jara has been appointed as the sixth chief minister since the president took office. However, Congress did not approve of her in the third attempt, in August. This is done with hardly any conceivable margin; the President may cast his vote. The Minister of the Interior, Foreign Affairs and Communications is also replaced. Only since the start is there only the Minister of Finance.

The police arrest 28 members of the Movement for Amnesty and Fundamental Rights (Movadef) and the government says they have evidence that the group is the guerrilla Sendero Luminoso’s political arm. Movadef was founded in 2009 and calls itself Marxist-Leninist-Maoist. The arrests come after two years of mapping, says Interior Minister Walter Albán. Among the arrested are a cousin of the president.

New refurbishment in the government

Chief Minister César Villanueva resigns after failing to overcome widespread criticism of a decision by the government to raise ministerial salaries as part of the ongoing restructuring of the state apparatus. Villanueva is replaced by Housing Minister René Cornejo. Seven other ministers are also replaced and several posts are occupied by technocrats.

The International Court of Justice decides on a lengthy dispute about where the border should go in the fishing waters between Peru and Chile (see Foreign Policy and Defense). The verdict results in a compromise: most of the disputed area goes to Peru while Chile may retain a smaller, but more fishy, ​​portion.