Oregon is one of fifty American states. It is located in the Pacific States region, bordering Washington States to the north, California and Nevada to the south, Idaho to the east, and the Pacific Ocean to the west. Oregon is known for its natural beauty; its abundant forests cover about half of its territory. 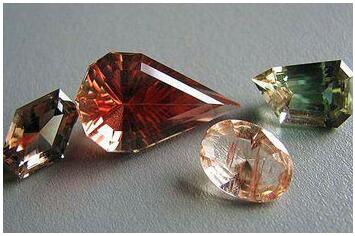 The first to land in the State were the Spanish, however the first to explore the region in detail was the British James Cook, in 1778. The Americans arrived in the region only in 1788. The territory was disputed between the two countries, until in 1846, the United States and the United Kingdom reached an agreement, in which the region passed to the definitive control of the Americans. It was elevated to the status of State on February 14, 1859.

Oregon has a lot of rivers and lakes, like Crater, the deepest lake in the United States. The rugged terrain of the state leads to the formation of many waterfalls. Due to the proximity of the Pacific Ocean, Oregon has relatively high temperatures, considering the temperatures that a northern state like this normally has. In summer, the average temperature is 23ºC; in winter, 0ºC.

The manufacture of industrialized products, such as electronic equipment, accounts for a significant part of its GDP. However, it is the tertiary sector that generates most of the state’s wealth. Oregon has the second highest unemployment rate in the United States, behind Alaska. Its largest city is Portland, which has an estimated population of 562,690 residents.

Map of Area Codes in Oregon 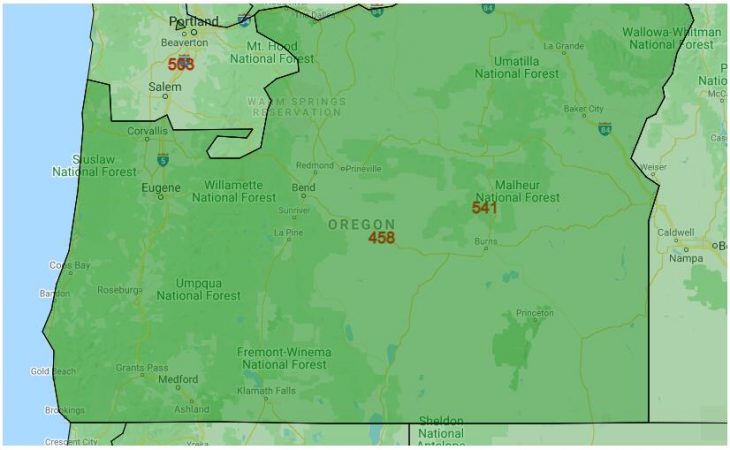 Oregon consists of the following area codes. Click on the area code to show the cities in that area code.

The area code of 458 is used in the following 20 counties:

The area code of 503 is used in the following 10 counties:

The area code of 541 is used in the following 28 counties:

The area code of 971 is used in the following 10 counties: