+47 is the dialing code for Norway.

Norway is Europe’s northernmost country with a scenic landscape of fjords and mountains. The old fishing and seafaring nation has, with its large assets of oil and natural gas, developed into one of the richest countries in the world. 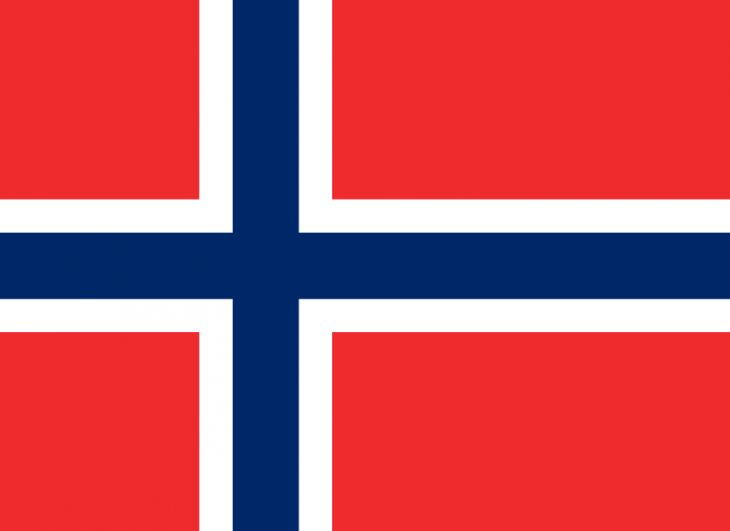 Norway and Europe’s northernmost point is Knivskjellodden on Magerøya. The country is located in northwestern Europe with coast to the Atlantic in the west and the North Arctic Ocean in the north. The country borders Sweden in the east and Finland and Russia in the northeast.

The landscape is dominated by the Scandinavian mountain range and by large high plateaus. The highest mountains are found in Jotunheimen with more than a hundred peaks over 2,000 meters. The 265 km long coast is the disintegration of a large number of deep fjords, which are surrounded by mountains and mountains. Less than a quarter of the land area is wooded and almost three percent is cultivated, mainly in the southeast and in the river valleys. Six percent of the land area is covered by lakes and streams.

Norway is divided into Eastern Norway, Southern Norway, Western Norway, Trøndelag and Northern Norway. Lowland areas are found in Trøndelag around the Trondheim Fjord and in Sørlandet. Vestlandet is largely covered by glaciers (glaciers). Østlandet is characterized by long valleys, which run in a southerly and south-easterly direction. Perhaps the best known is Gudbrandsdalen.

Norway is strongly affected by the Gulf Stream in the Atlantic, which makes the climate milder than it would otherwise have been so far north. At Lofoten, the average temperature in January is 24 degrees higher than is normal for that latitude.

The temperature does not vary much between seasons. However, the temperature varies greatly between the northern and southern parts of the country, as well as between the coast and inland. The coldest is in Østlandet and Finnmarksvidda, where it is not uncommon for the temperature to fall below 40 minus degrees.

Winters are also relatively mild. Then the ice can settle in the longest fjords, otherwise the coast in the west is virtually ice-free up to the north. The inner parts of Norway are usually snow-covered during the winter season.

Foreign Minister Eide announces that Norwegian Foreign Ministry, through its diplomats, will gather information on right-wing extremes in Europe. Norway must clearly express its attitude towards right-wing extremism, racism and xenophobia. According to Eide, Norway has a special responsibility in view of the right-wing terrorist acts in Oslo and Utøya in 2011.

Espen Barth Eide leaves the post of defense minister to become new foreign minister after Jonas Gahr Støre, who will take care of the problematic Ministry of Health.

On August 24, Anders Behring Breivik is sentenced to the strictest sentence of the law, 21 years in prison with the possibility of extension five years at a time as long as the convicted person is considered a danger to society. A unanimous right explains that Breivik is punishable by criminal law, a ruling that is welcomed by both the victims of the murder victims and the Norwegian public.

The chief of police resigns

In the wake of the July 22 Commission report, Norway’s highest police chief, Chief of Police Öystein Maeland, resigns. The Minister of Justice and other high-ranking politicians do not want to express their full confidence in him.

Stoltenberg takes on the responsibility

In a comment on the July 22 Commission report, Prime Minister Stoltenberg says that he, as head of government, is ultimately responsible for the shortcomings that exist in the state apparatus. He calls for an extra session in the Storting to discuss the consequences of the report’s conclusions.

Defamatory criticism of the police

The July 22 Commission, appointed by the government, publishes its report on the terrorist attacks in Oslo and Utøya (see July 2011). The police receive sharp criticism for poorly organized work and a number of shortcomings in the efforts against Breivik. The criticism ranges from lack of routines and communication problems to poor preparedness and failing judgments in individuals. With better organized police work, Breivik could have been stopped earlier, according to the commission. The attack on the government building in Oslo could have been completely avoided if the existing security regulations had been followed. A faster police response to Utøya would also have been possible, according to the commission.

The government is using its extraordinary powers to stop a strike among oil workers. After 16 days, the government orders the workers back to work in the interests of the nation.

On May 24, more than 30,000 civil servants embark on a nationwide strike for higher wages and better working conditions.

The trial of Breivik begins

The trial against Breivik will be prolonged and painful for the survivors and relatives gathered in the courtroom. Many testify about the perpetrator’s brutality on Utøya. The trial is televised and many viewers are upset over the perpetrator’s emotional turmoil.

The electoral support for the Labor Party drops

In a poll, the large government party receives 29 percent of voter support, compared to 32 percent for Høyre. The Progress Party stays at 14 percent.

Terrorist-suspected Islamist leader Mulla Krekar is sentenced to five years in prison for murder, terrorist threat and solicitation for crime.

Kristin Halvorsen resigns as leader of the Socialist Left Party after 15 years in the post. Audun Lysbakken is elected new party leader.