Niger is three times as large as Sweden and consists largely of desert and semi-desert. Most residents live in the south. After independence in 1960, Niger has been governed by military coup regimes for long periods. The Desert people Tuaregans have at times waged an armed struggle for increased social and political rights. In the 2010s, however, Islamist extremists created the biggest problems. The economy is based on exports of uranium. 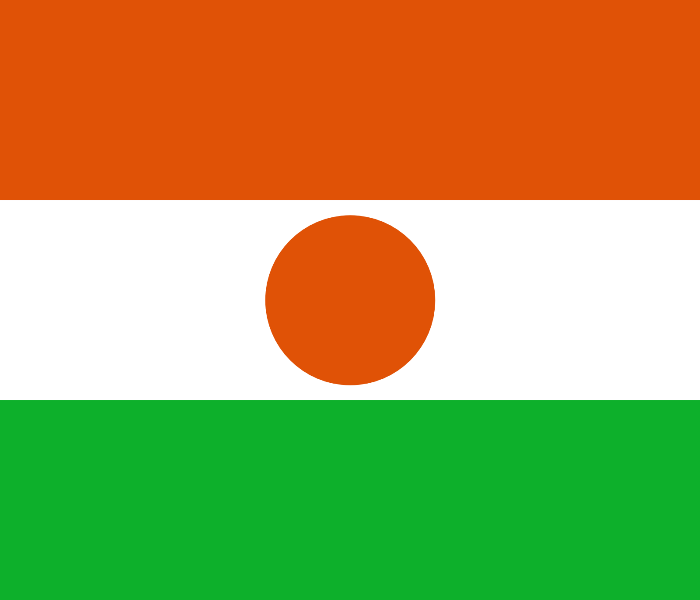 Niger is West Africa’s largest country with an area approximately three times the size of Sweden. The country lacks coast and consists of two-thirds of desert and peninsula.

The Sahara Desert extends into northern Niger and to the south lies the steppe-like Sahel area. At the far south is a cultivable land strip.

The Niger River, which gave the country its name, runs parallel to the border in the southwest. In the south-east is Lake Chad and in northern and central Niger the Djadon Plateau and the Aïr Massif are spreading with peaks over 2,000 meters above sea level.

The climate in Niger is dry and hot, and the country is experiencing recurrence of severe drought.

From November to January, the dry desert wind gives the harmattan some coolness, but the wind also tears up clouds of dust and sand that settle as a fog over the landscape.

The heat in the Sahara causes the rain to evaporate before it reaches the ground, but in southern Niger it rains some during the summer. The capital Niamey in the southwest receives between 500 and 600 mm of rain per year. This is almost as much as the average annual rainfall in Sweden.

In the mountainous areas of central Niger, the temperature at night can drop to zero. Frost is not uncommon at the top of the peaks.