New Mexico is one of the fifty American states. The state is limited to Colorado to the north, Oklahoma and Texas to the east, Arizona to the west, and Texas and Mexico to the south. Perhaps the greatest feature of New Mexico is the Hispanic presence in the region, the largest in the United States. Thus, strong immigration means that it has the highest population growth rates in the country. 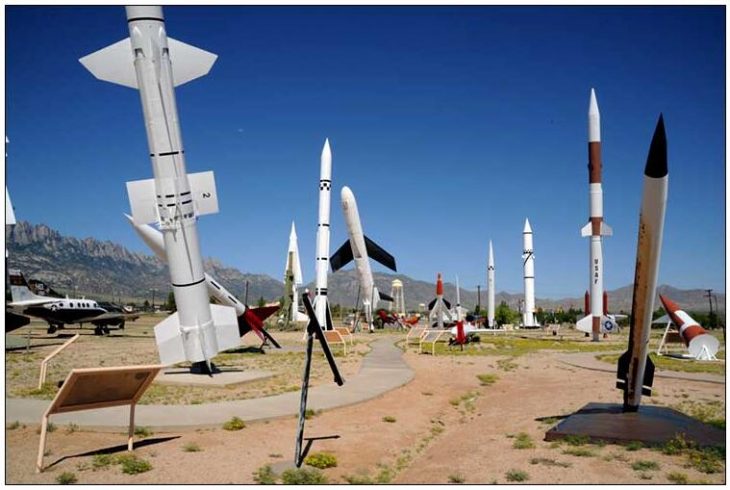 The State had been colonized by the Spanish and the Mexican independence passed from Mexico in 1821. The territory was annexed by the United States in 1848, with the end of the Mexican-American War, however the State was only created by the American government in 1912.

New Mexico has very arid soil, few rivers and lakes. It has average temperatures of 1ºC in winter and 23ºC in summer. The state’s climate is extremely dry, with an average annual rainfall rate of less than 60 centimeters.

The most prominent economic sectors in the State are those of financial services, telecommunications and transport. The main products manufactured in New Mexico are electronic equipment, clothing and chemicals.

The Hispanic presence in the region is evident with 42.1% of its population as Hispanic origin, mainly in the south of the state. As a result, it has a peculiar characteristic: it is the state that has the highest percentage of Catholics in the United States. Its rich culture and tradition make New Mexico known as “The Colorful State”.

Its capital, Santa Fé, is the second oldest city in the country. 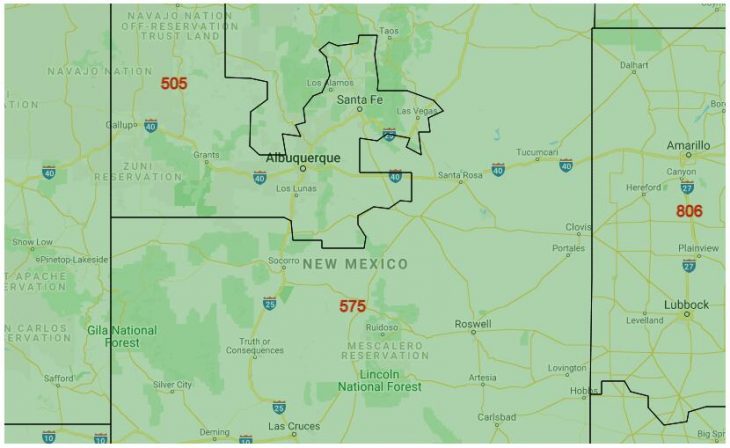 New Mexico consists of the following area codes. Click on the area code to show the cities in that area code.

The area code of 505 is used in the following 13 counties:

The area code of 575 is used in the following 27 counties: