+31 is the dialing code for Netherlands. 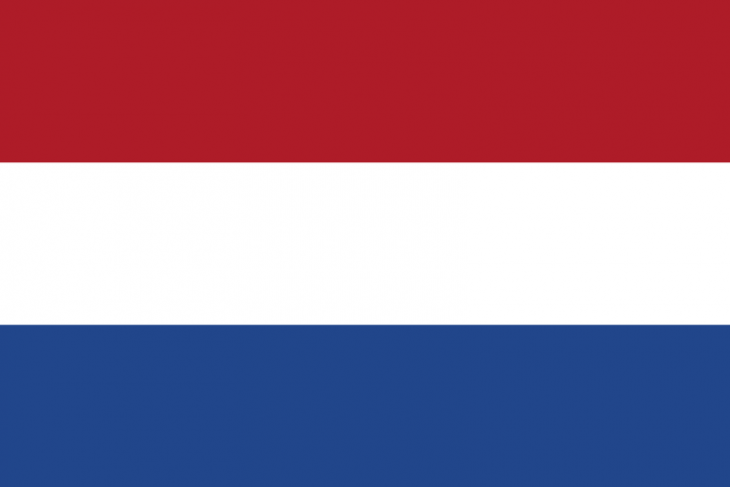 The landscape is predominantly flat with an average height of only ten meters above sea level. Hilly terrain occurs only in the southeastern part of the country, where a narrow strip of land shoots down between the two neighboring countries Belgium and Germany. There some hills reach just over 300 meters above sea level.

Along the coast to the north there is a chain of sand dunes that cross into the large West Frisian islands. Within the coastal dune landscape lies the special Dutch marshland (wetland) which makes up almost half of the country’s surface. It is largely recovered from the sea and very fertile.

The drying of former sea or lake areas has been carried out by these being embedded and dug with canals. One such embankment is called polder.

In the 1930s, the large sea bay Zuiderzee was cut off from the North Sea by a three-mile long protection wall. On the embankment, Afsluitdijk, is a motorway. The sea bay is now replaced by the freshwater lake Ijsselmeer. Large land areas have also been dry-laid in the project. Two of these bollards make up the province of Flevoland.

The largest rivers in the Netherlands (the Rhine, which divides into Lek, Waal and Ijssel), Maas and Schelde all flow beyond the borders of the country but flow into the sea in Zeeland, in the southwest of the Netherlands. In this delta area there are many larger or smaller islands. After a major flood in 1953, a project, called the Delta Project, was initiated with the aim of avoiding such disasters in the future. Through large ramparts with openable hatches and pumping facilities in ingenious systems, attempts are made to protect Zeeland from flooding.

The Netherlands has a temperate, humid coastal climate with cool summers and mild winters. In a normal year, about 800 millimeters of precipitation falls, fairly evenly distributed over the year. It averages about 20 days a year. The humidity is high all year. In combination with strong winds, humidity during the winter season becomes permeable.

Amsterdam 776,000 (however, the government and parliament are headquartered in The Hague with 490,000 residents)

Lek, Waal and IJssel (which together constitute Nederrijn, ie the Rhens delta) and Maas and Schelde

The Netherlands Antilles are dissolved

The autonomous province of the Netherlands Antilles in the Caribbean is disbanded. The two islands of Curaçao and Sint Maarten are given autonomous territories within the Netherlands while Sint Eustatius, Saba and Bonaire become Dutch municipalities with extended autonomy.

PVV leader Geert Wilders believes that the judges in the case are biased and demand that they be replaced, which also happens (see also January 2009).

The new bourgeois minority government formed in September is sworn in by Queen Beatrix.

After lengthy negotiations, the VVD and CDA agree to form a minority government with the support of the PVV. Deputy Mark Rutte becomes prime minister, the first head of government from the right-wing Liberal Party since 1948. To receive PVV’s support in parliament, Rutte must accept a ban on Muslim women to wear full-length veils (burka and niqab) and agree to halve immigration. from non-European countries. PVV also gets through a tightening of the law so that residence permits can be withdrawn due to poor integration. Among the Christian Democrats there is widespread opposition to the settlement with PVV.

The Netherlands is bringing home its soldiers from Afghanistan since the country’s military operation, which has become increasingly unpopular among the Dutch.

When new elections are held for the Second Chamber, the Liberal VP will be greatest with 31 seats, followed by the Labor Party with 30 seats. However, the biggest increase is the xenophobic PVV: the party increases from 9 seats to 24 and becomes the third largest party. The major loser becomes the Christian Democratic CDA, which backs from 41 to 21 seats. As a result of the election defeat, Jan Peter Balkenende resigns as party leader for CDA and also leaves his seat in parliament. The turnout is just over 75 percent.

The government is falling

The tripartite coalition is cracking down on disagreement over the Afghanistan effort: The Labor Party cannot accept an extended mandate, despite NATO asking the Netherlands not to bring home its nearly 2,000 soldiers this fall. CDA and CU who want a smaller force left in Afghanistan remain in a transitional government (see also February 2007).