Nepal is on the southern slope of the Himalayas, squeezed between the great nations of China and India. The world’s highest mountain, Mount Everest, is on the border with Tibet. Over 100 people groups give Nepal a rich cultural life. For ten years, Maoist guerrillas fought an armed uprising against the monarchical royal house. The Maoists were eventually able to drive away the royal family and Nepal became a democratic republic in 2008. 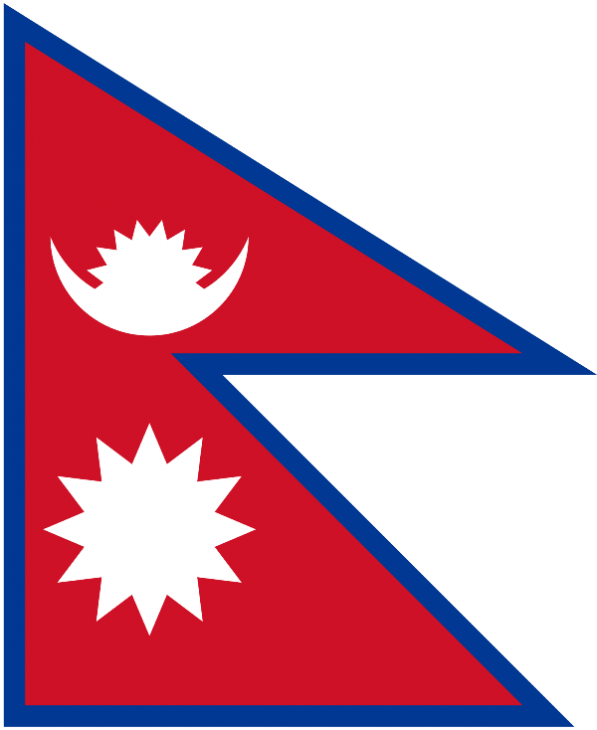 Nepal is one third the size of Sweden and lies on the southern slope of the Himalayas down to the Indian plain. In the north-south direction, the country extends only about 20 miles, but the altitude difference is enormous: from the world’s highest point on Mount Everest to only 60 meters above sea level. The climate varies greatly with the height above the sea.

The southernmost part, Terai (or Madhesh), originally consisted of jungle but it is now largely replaced with cultivations. In the forests and plains that remain there is a rich wildlife with tigers, rhinos, elephants, buffalo, crocodiles and more. Half of the Nepalese live in Terai.

Most of the rest of the population is found in the valleys and mountainous regions of central Nepal. Kathmandu Valley, where the capital is located, has long been the political center of the country.

Residents are few in the northernmost region, along the border with the Chinese region of Tibet, where large areas are constantly snow-covered. There is Mount Everest (which the Nepalese call Sagarmatha) and another seven of the world’s ten highest mountains, all over 8,000 meters.

In the west-east direction, the country can be divided into three major river systems – Karnali, Narayani and Kosi – all of which originate in the Ganges in northern India.

The plain of Terai in the south has a hot and humid monsoon climate with cool summer rain. Sub-tropical climate prevails in the Kathmandu valley (1,350 meters above sea level) in central Nepal. In the high mountains in the north it is dry and very cold.

The new election is postponed

Nepal’s transitional government decides that the planned new elections to the Constituent Assembly (in effect the country’s parliament) should be postponed from November 2012 to May 2013. The major political parties agree that until now the country will be led by a transitional government, but they are arguing about how this should be be composed. The opposition NC does not recognize the sitting Bhattarai government.

Outbreak from the governing UCPN-M

When the Constituent Assembly once again wants to extend its own mandate to continue working on the unfinished constitutional proposal, the Supreme Court finally intervenes and stops this. Prime Minister Bhattarai is forced to announce new elections, until November 22, 2012. The country will until then be led by a transitional government with Bhattarai in the lead. The uncertain political situation triggers violent popular protests, which are dispelled by the riot police.

A step towards national reconciliation is reached when the Bhattarai government succeeds in getting the opposition parties NC and UML to join an extended “unity government for national unity”.

The army takes control of the rebel camps

The army enters and takes control of the camps where former rebels have been staying since the end of the war in 2006. The rebels leave the camps to re-adapt to a peaceful society. The emptying of the camps is seen as an important step in the ongoing peace process.