The Republic of Nauru in the Pacific consists of a single rocky island, 30 miles from the nearest neighbor island. A large part of Nauru is covered by phosphatous bird droppings. Phosphate mining created great wealth for a few decades, but now phosphate is only extracted on a small scale. Since 2013, Nauru receives revenue from a criticized refugee camp that Australia is running on the island. 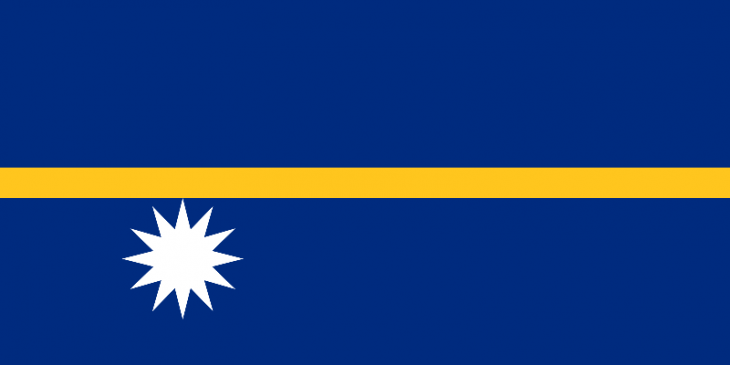 Nauru consists of a solitary island just south of the equator in the western Pacific Ocean, 400 land miles northeast of Australia. Of the world’s states, only Monaco and the Vatican are smaller than Nauru.

The nearest neighbor, 30 miles east, is the island of Banaba in Kiribati. Like Banaba, Nauru is an old atoll whose interior consists of a plateau approximately 60 meters high, largely built up of phosphatric old bird droppings.

The essentially sterile plateau, which the Naurus calls “Topside”, occupies four-fifths of the island. Along the coast is a 300 meter wide coastal strip with vegetation where most residents live. The island lacks fresh water.

The climate in Nauru is tropical. From November to February, western monsoon winds blow and then it rains the most.

The amount of rain that falls per year varies greatly and prolonged dry periods occur.

There are no cities, but the district of Yaren is the administrative center.