+264 is the dialing code for Namibia.

Namibia is a large and sparsely populated country on the southern part of Africa’s west coast. One third of the land area is desert. The country was long occupied by South Africa and became independent only in 1990. Namibia is governed by the former liberation movement Swapo. There is political stability in the country which is quite prosperous in terms of African dimensions. The economy is based on a rich supply of minerals and fish, as well as large-scale livestock management. 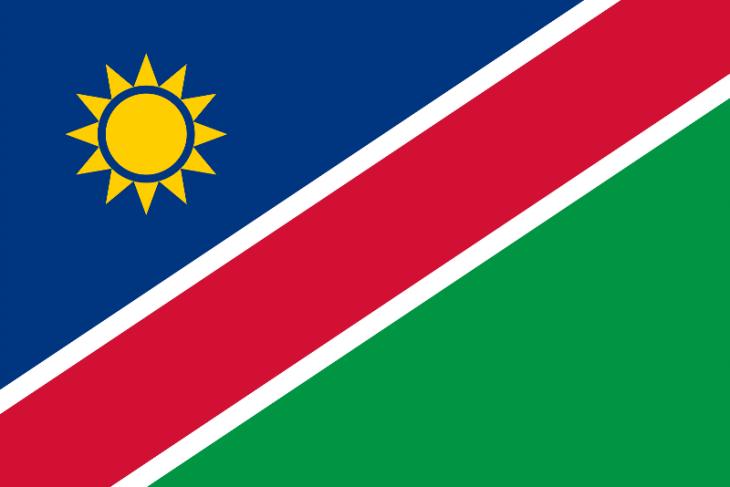 Namibia is almost twice as large as Sweden. Along the 160-mile-long Atlantic coast in the west, the narrow Namib Desert extends. Inside, a high plateau rises with an average height of 1100 meters above sea level. To the east, the plateau slopes down towards the Kalahari Desert.

In the Namib Desert lies the country’s highest mountain, the Brandberg massif, whose highest point is Königstein. In the middle of the country, several peaks reach up to 2 400 meters above sea level. The Namib Desert is one of the world’s oldest deserts and has the world’s highest sand dunes, created by the sea breeze. The desert is often wrapped in fog, formed when the cold waters of the Atlantic reach the coast of Africa.

One third of the land area is desert. In the north, plains landscape with dense bush vegetation dominates. The border rivers Kunene, Okavango, Chobe / Linyanti and Zambezi in the north as well as the Orange River in the south are the only watercourses in the country that never dry out.

In the northeast, the long narrow Zambezi strip extends as a tentacle between Angola and Botswana. The strip, which is 45 km long, is a colonial heritage (see Older history) and was named until August 2013 the Caprivi strip (named after a German national chancellor). The region occupying most of the strip changed its name as part of an action to change a number of German geographical names to Namibian. Through the Zambezi strip, Namibia gets a short border section towards Zambia and access to the large Zambezi river.

The climate in Namibia is very dry. It is predominantly hot in winter and hot in summer. On the coast, however, temperatures are kept low by the cold Benguela stream.

Inland there are large temperature differences, both during the day and during the year.

The rain that occurs mainly falls in the summer, November – April, and mostly in the north. Some years the rainfall is almost completely absent.

Germany plans to formally apologize to Namibia for the genocide of the Herero and Nama ethnic groups in the early 1900s. A spokesman for the Foreign Ministry in Berlin says the apology will not be followed by any damages (see also Older history).