+212 is the dialing code for Morocco.

Morocco has been inhabited by Berber people since prehistoric times. Islam came with Arab conquerors from the end of the 600s. A long time later the area became a French colony, but in 1956 independence was proclaimed. A 40-year occupation of Western Sahara has made the Kingdom of Morocco politically isolated in Africa. The stronger the ties have been to the US and a number of countries in Europe. Since King Mohammed VI took office in 1999, some democratization has taken place, but no real opposition is allowed. 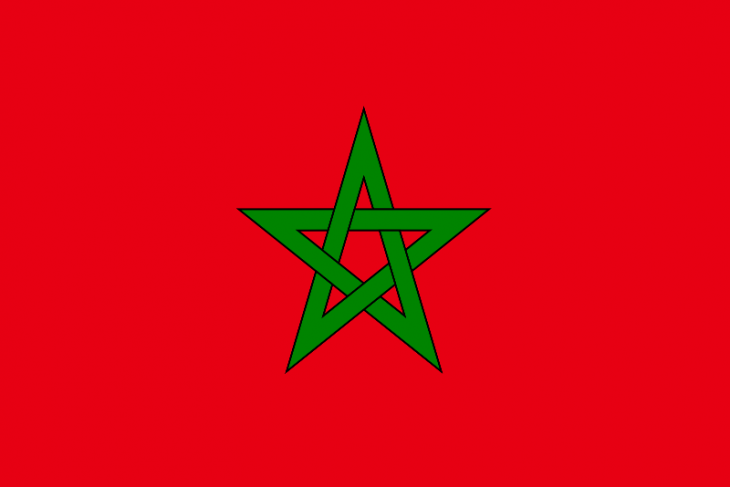 Morocco is located in the northwestern corner of Africa, with a long coast towards the Atlantic and a shorter coast towards the Mediterranean. The seas meet at Gibraltar Sound where the shortest distance to Europe is only 14 kilometers. On the Mediterranean coast are the two Spanish cities of Ceuta and Melilla. On the surface, the country is about the same size as Sweden. To the south lies Western Sahara, which Morocco annexed in the 1970s.

Along with Algeria, Tunisia, Libya and Mauritania, Morocco belongs to the so-called Maghreb states (Maghreb = “where the sun goes down”).

The country consists largely of mountains. In the area along the Atlantic, fertile plains and plateaus extend some ten miles into the country. The coastal plain is largely cultivated, except in the south. In the north, a narrow coastal strip on the Mediterranean Sea from the rest of the country is bounded by an arch-shaped mountain range, the Rifbergen, with peaks up to 2,500 meters above sea level.

In the interior of Morocco, in the southwest-northeast direction, the Atlas Mountains extend into three distinct mountain ranges: Middle Atlas Mountains furthest north, High Atlas farther south and Anti-Atlas furthest south. The highest peak, Jebel Toubkal, in the High Atlas reaches over 4,000 meters. Between the mountain ranges are high plateaus and fertile valleys. From the mountains, rivers flow to both the Atlantic and the Mediterranean.

The furthest south and east of the country consists of desert areas.

Morocco is located in an area subject to earthquakes. In 1960, the coastal city of Agadir was hit by an earthquake that devastated large parts of the city and killed about 15,000 people.

Generally, it is hot and dry in Morocco, but the climate is changing in the mountainous country. There are both snow-covered mountain peaks and roasting desert heat.

Along the coasts, the climate is temperate with dry summers and mild winters. In the mountainous regions, there are inland climates with hot summers and cold winters. When the desert wind, chergui, blows over the mountains, it can get up to 40 degrees hot, while the temperature in winter can drop to 20 minus degrees. At altitudes over 2,000 meters above sea level, snow can remain more than half the year.

The rainfall is most abundant from November to March. The rain falls mainly on the coasts and decreases further south and east. Dry years, when it rains less than normal, have occurred more often than before in the 2000s. It can cause major problems for the agricultural dependent Moroccan economy. Especially in oases, where nature is sensitive to change, it has become drier in recent years. As a result, the number of residents in the oases has fallen as a result of emigration.

At the 14th congress in the village of Tifariti in the Polisario-controlled part of Western Sahara, the Secretary-General since 1976, Mohamed Abdelaziz, is re-elected with 90 percent of the vote. He thus automatically also becomes president of the Saharan Arab Democratic Republic (SADR), the Western Sahara’s exile government.

It is an agricultural trade agreement signed by the EU and Morocco in 2012 that the Court annuls, as it does not mention Western Sahara – and thus opens for the agreement to apply to the disputed territory as well. The case has been raised by Polisario.

Prominent academic and human rights activist Maati Monjib initiates a hunger strike after being prevented from leaving the country to travel to Norway where he would attend a seminar.

A few weeks earlier, he was prevented from traveling to Spain. More than 50 human rights organizations and around 1,000 journalists, academics and activists sign a petition in support of Monjib.

Several thousand people are demonstrating outside the Swedish embassy in Rabat in protest of what is perceived as plans to recognize Western Sahara. The government is launching a boycott against all Swedish companies, in response to what is called Sweden’s campaign against Moroccan interests.

Authorities are stopping the planned inauguration of the furniture giant’s first department store in Morocco, on the outskirts of Casablanca, citing the absence of a permit. According to Moroccan media, the reason is, in fact, Swedish plans to recognize Western Sahara.

A Moroccan released after 13 years in the US detention camp in Cuba, 47-year-old Younis Abdurrahman Chekkouri, is arrested when he arrives in his home country. He is to be investigated for terror-related crimes, it says. Chekkouri was arrested in Pakistan in 2001 but never prosecuted in Guantánamo.

The elections are the first held since the PJD won in 2011 and are believed to give a clue as to the popularity of the Islamic government a year before the next national elections. In the regional elections, the ruling party PJD will be the largest with 26 percent of the vote, followed by PAM with 19 percent. PJD takes home 5 out of 12 regions. This is the first time the Moroccans have elected their regional representatives directly. In the municipal elections, however, PAM is the largest, with 21 percent of the vote. Istiqlal receives 16 percent and PJD 16 percent.

Morocco and Spain arrest 14 people in a joint effort against suspected IS recruiters. The arrests are carried out in both countries.

Authorities say eight people were arrested on suspicion of belonging to a recruiting cell for IS. The cell must have sent dozens of warriors to the Turkey-Syria border regions. It is estimated that around 2,000 Moroccans have now gone to Syria and Iraq to fight for IS.

Two women who were arrested for being too easily dressed in a market are attracting considerable attention. Women’s rights organizations demonstrate and around 500 lawyers sign up to defend women when they are brought to justice.

Three men are sentenced to homosexuality, to three years in prison each.

Amnesty International reports in a report that security forces in Morocco continue to use torture to a large extent, even though it is formally prohibited by law. Abuse, strangulation, simulated drowning and psychological and sexual violence are methods used to get “recognition” or silent activists and crush criticism, according to the human rights group.

Some abortion law should be introduced

After a period of intense debate and popular protests, the king announces that the legislation should be amended to allow abortions following rape or serious damage to the fetus. It is estimated that between 600 and 800 illegal abortions are carried out in Morocco every day.

The Air Force reports that a Moroccan fighter plane has disappeared over Yemen and Shiite Muslim Huthi rebels in the country on the Arabian Peninsula say they shot down the plane (see March 2015). A few days later, however, the Saudi-led alliance claims that the plane crashed due to a technical error or human error.

A Spanish judge calls for a number of former members of the country’s security forces and governors to be arrested and extradited to Spain. There, prosecution is awaiting torture and murder of Western Saharians. The case, which concerns a total of 11 people, began to be investigated in 2007 after a human rights group claimed that 500 Western Saharans had disappeared since 1975 when Morocco occupied the area.

The prosecutor announces that the number of suspected jihadists who were brought to justice more than doubled in 2014 compared to the previous year. In total, there were 147 terror-related targets, compared with 64 the year before. The increase is due to the unrest in the Sahel region as well as in Syria and Iraq, according to the prosecutor. Moroccan authorities say 1,500 Moroccans have gone to Syria and Iraq to join the Islamic State (IS) jihadist group.

The King of France

Mohammed VI makes a state visit to France where he and President François Hollande state that a year-long conflict between the countries has been resolved (see Foreign Policy and Defense).