Mississippi is a state located in the southeastern region of the United States. The word Mississippi is of algonquian origin and means “great waters”. Although it is the poorest of the American states, Mississippi is famous for the hospitality of its residents. The state is bordered by Tennessee to the north, Alabama to the east, Alabama and the Gulf of Mexico to the south, and Louisiana and Arkansas to the west. 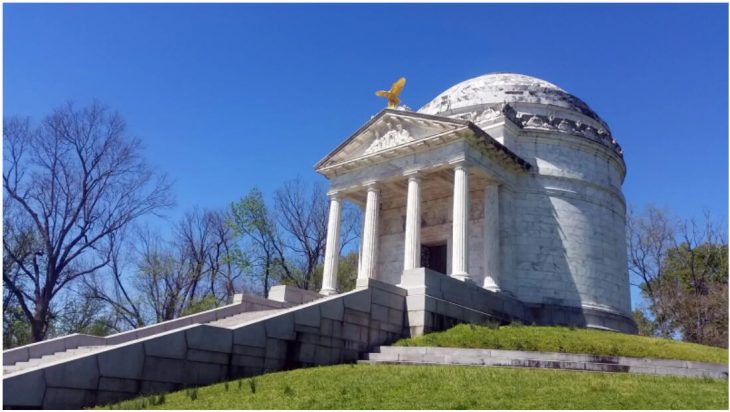 Until the Treaty of Paris, signed in 1763, in which the region came under British rule, Mississippi belonged to the Spanish. After the independence of the Thirteen American Colonies, Mississippi was annexed to the United States, having been elevated to the status of State in 1817. Mississippi joined the Confederate States of America in 1861, in the American Civil War. The war was responsible for significantly ruining the state’s economy.

Before the conflict, Mississippi was one of the richest states in the United States. Today, it has the lowest per capita income in the country and one of the highest unemployment rates. Its economy is based mainly on the tertiary sector: commerce, community and personal services, financial and real estate services, government services, etc. Other important sources of wealth that are booming are tourism and the manufacturing industry.

The relief of the State is marked by the presence of great plains. Forests make up about 55% of its territory. Due to its location, Mississippi has a subtropical climate, with long and very hot summers (average temperatures of 28 ºC) and short, mild winters (average of 8 ºC).

Map of Area Codes in Mississippi 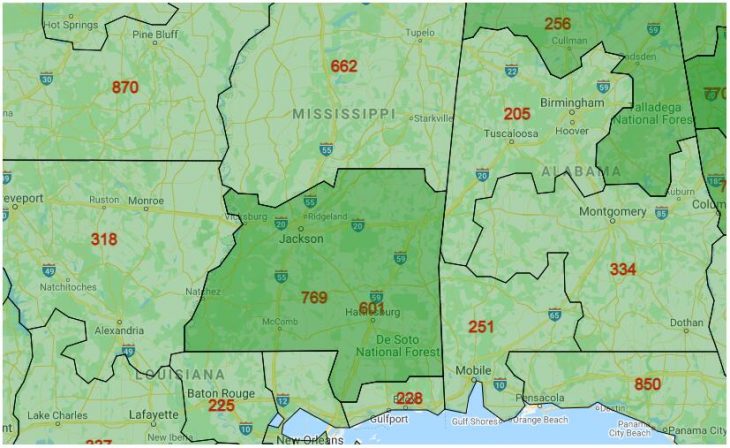 Mississippi consists of the following area codes. Click on the area code to show the cities in that area code.

The area code of 228 is used in the following 4 counties:

The area code of 601 is used in the following 38 counties:

The area code of 662 is used in the following 43 counties:

The area code of 769 is used in the following 29 counties: