Minnesota is located in the north of the United States on the border with Canada. The North Star State is 225,000 km². More than half of the 5.5 million residents live in the Minneapolis-Saint Paul metropolitan area. There is also the largest shopping center in the USA, the Mall of America. According to ehuacom, the capital of Minnesota is Saint Paul.

Six of the largest private companies on the Forbes list are based in Minnesota, which ranks the state 11th nationally. In the Standard & Poor index, Minnesota also achieved a good twelfth place in terms of the total number of companies. The state ranks sixth in the S&P companies per million population category. Minnesota-based Cargill ranks second among private companies in the nation with sales of nearly $114.6 billion.

The state’s strong economy is supported by a modern transportation network. The state offers excellent opportunities by water, land (road and rail) and air. The digital infrastructure is in no way inferior. Overall, Minnesota ranks ninth nationwide for infrastructure (CNBC, 2019). 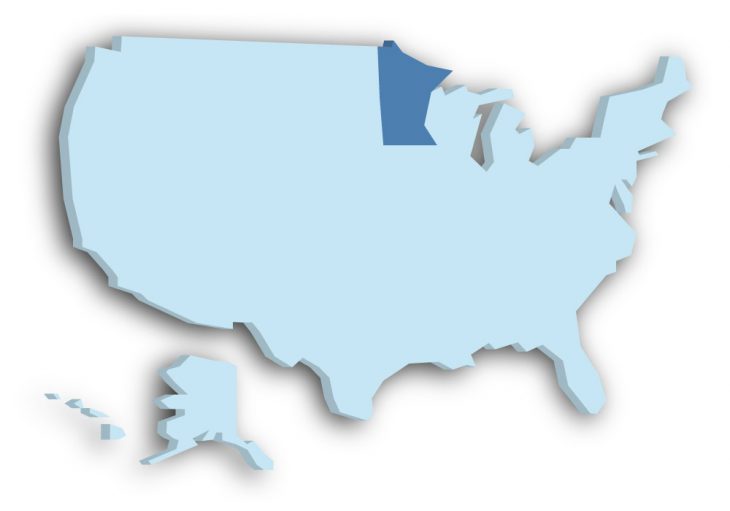 According to US News and World Report’s 2019 ranking, Minnesota is the third best performing state in the country. The factors considered were the state’s economy, transportation infrastructure, the Internet, public safety and the state government’s fiscal stability. The state also ranks seventh in CNBC America’s Top States for Business (2019).

Minnesota’s Total Effective Tax Rate (TEBTR) for state and local taxes is 4.4 percent, ranking 15th nationally. The national average is 4.7 percent. When considering corporate taxes as a percentage of private sector gross domestic product, Minnesota ranks mid-table, according to a 2019 report by Ernst & Young and the Council on State Taxation.

North Star State was voted Best State for Women in 2019 by WalletHub. 24 indicators were taken into account, including the median income. That same year, Minnesota was ranked seventh for working mothers.

There was a second-best state award in the jobs category (Zippia, 2019) for excellent labor income, low unemployment and relatively low cost of living.

At just over 70 percent, Minnesota has the fourth-highest employment rate of any US state. The rate reflects the diligence of the local population. The national average is 63 percent (Bureau of Labor Statistics, 2019).

Minnesota charges an income tax of 5.35 – 9.85% depending on income. In addition, federal income taxes are payable.

The sales tax in Minnesota is 6.875% at the state level. Municipalities or districts charge an average of 0.58% sales tax. Combined, an average of 7.46% is due.

Applies to retail sales made into the state from outside the US state. Taxable services (other than resale) are included in the threshold.

The threshold applies to the previous 12-month period

More than $100,000 in sales or 200 transactions of retail sales in the US state for any consecutive 12 month period. When calculating the threshold: