+691 is the dialing code for Micronesia.

The Micronesian Federation in the Western Pacific consists of more than 600 islands whose total size is roughly equivalent to half of Öland. However, the country’s territorial water covers an area that is five times the size of France. The Micronesia Federation receives extensive assistance from the United States, which manages its defense in exchange for the right to establish military bases on the islands. Assistance is unevenly distributed among the population, leading to large social differences between rich and poor. 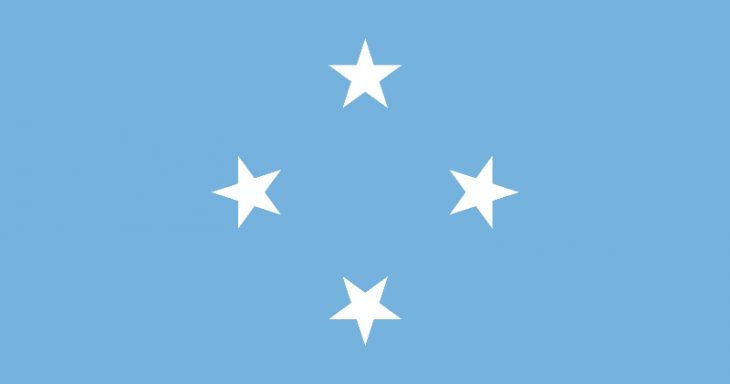 The Micronesian Federation is located in the western Pacific Ocean north of Papua New Guinea and the Solomon Islands. The country forms the main part of the archipelago of the Carolinians in the geographical region of Micronesia, located northeast of Melanesia and west of Polynesia.

The Micronesian Federation comprises more than 600 islands and atolls that together cover a sea surface of 2.6 million square kilometers (five times the surface of France), while the land area is only 700 square kilometers (about half the size of Öland). In the east-west direction, the island world extends 290 miles.

The country is a federal republic with four states: from west Yap, Chuuk, Pohnpei and Kosrae. Chuuk consists of about 300 islands, Kosrae only five.

Most of the islands are of volcanic origin. Some of these are highland with peaks up to 800 meters above sea level. The other islands are lower coral atolls with the exception of some islands, including Yap, formed by a fold of the earth’s crust.

The mountainous islands are bordered by mangrove swamps. Within these are grass and shrub vegetation that turns into rainforests on the mountain slopes. About a fifth of the land area is covered by forest. On the thin soil layers of the coral islands mainly grow coconut and pandanus palms and breadfruit trees.

The climate of the Micronesia Federation is tropical with a high and even temperature throughout the year and large amounts of rainfall, especially on the mountainous islands and further east.

The driest period is from January to March. The islands are affected annually by typhoons, cyclones and hurricanes. Often these lead to severe flooding and great material destruction. The typhoon season lasts from June to December.

The low-lying coral islands of the Micronesian Federation run the risk of falling underwater as sea levels rise in pace with global warming. Therefore, the country seems to be active internationally to persuade wealthier countries to help small island nations stop the climate change that is causing the warming.