+222 is the dialing code for Mauritania.

Mauritania is located on the coast of northwestern Africa and consists of desert and steppe. The country is a bridge between Arab and African culture. Power lies in the hands of the Arabic-speaking Moors. By the end of the 2000s, hundreds of thousands (mostly black) Mauritanian slaves were being held. Despite the ban, slavery is still a problem. After independence from France in 1960, the country has almost always been ruled by the military. Mauritania exports oil, gold and copper. 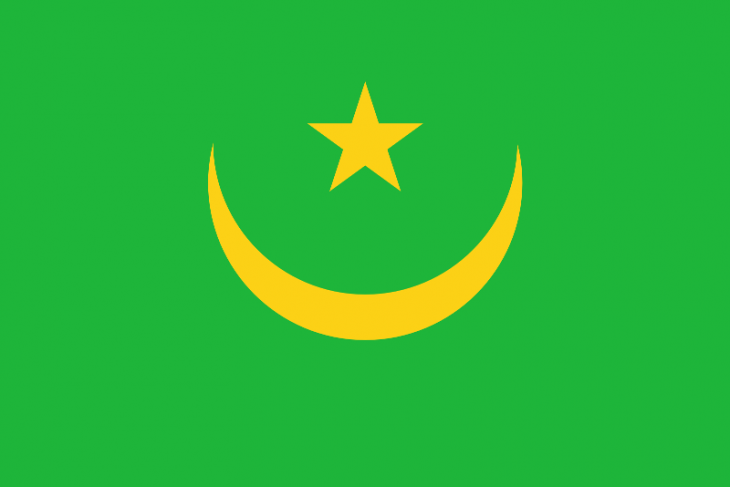 Mauritania is located in the border country between West and North Africa and has a coast towards the Atlantic. The land is flat and consists largely of desert or peninsula. On the surface, Mauritania is more than twice the size of Sweden, but it has only one third as many residents.

Northern Mauritania is part of the Sahara desert and about 40 percent of the country is covered by loose sand and dunes. Since the beginning of the 1960s, the desert has expanded about 20 km south.

Sahara crosses south in the so-called Sahel belt, which consists of steppe and savanna. Here, nomads have traditionally driven large livestock herds, but recurring drought has caused pastures to shrink. The only cultivable area in the country is Chemama north of the Senegal River in the southwest.

The 75 km long Atlantic coast to the west is flat and sandy without natural ports, with the exception of Nouâdhibou (formerly Port Étienne) at the far north. To the south of this city is the Banc d’Arguin National Park, which is a vast wetland area and a bird’s eye paradise.

Most of Mauritania has a desert climate. The rainfall is increasing further south. In the Sahel belt, 100-300 millimeters of rain falls annually and in Chemama it rains 400-600 millimeters annually. The rainfall varies greatly from year to year. Long dry periods have in recent decades created difficult conditions for agriculture.

Abdelaziz is injured when a group of soldiers open fire on his vehicle column. The gunfire is described as “a mistake” and the injuries are reported to be minor, but the president is nevertheless flown to Paris to receive care. He returns at the end of November, after six weeks in France.

Protests against the President

Nine opposition groups hold peaceful demonstrations in Nouakchott demanding the resignation of President Abdelaziz. They accuse the president of cheating on victory in the 2009 elections and refusing to start a dialogue with the opposition.