+692 is the dialing code for Marshall Islands.

The Republic of the Marshall Islands in the western Pacific consists of two parallel chains of coral atolls: Ratak (sunrise) to the east and Ralik (sunset) to the west. The country’s highest point reaches just ten meters above sea level. Traditional chieftains have a great influence over social life. Land and titles are inherited on the mother’s side. 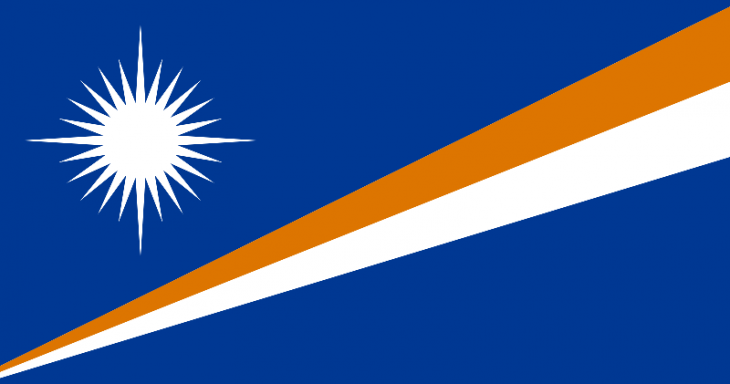 Republic of the Marshall Islands in the western Pacific consists of two parallel chains of coral atolls running in a north-south direction.

The eastern chain is called Ratak (sunrise), the western Ralik (sunset). The Republic’s total of about 1,200 islands spread over a sea surface of 2.1 million square kilometers.

The atolls consist of coral reefs that form an oval ring of islands with a lagoon in the middle. The Kwajalein Atoll is one of the largest in the world. The islands are very low, just a few meters above sea level. The highest point is a hill with no name on the island of Likiep, which reaches ten meters above sea level. According to a UN study, all the islands are at risk of being submerged by 2030 due to the greenhouse effect.

The climate in the Marshall Islands is tropical, that is, warm and humid. It’s a bit drier and cooler between December and April.

It rains less on the islands in the north, which on several occasions has led to severe drought there. From March to April and October to November, typhoons are often ravaged.

Because the country’s highest point reaches only ten meters above sea level, the Marshall Islands are at risk of being submerged as seawater levels rise due to climate change. In 1989, a UN report was published warning that global warming could cause seawater levels to rise 3.7 meters by 2030. This would mean that basically the whole country is submerged.

In 2002, the UN Climate Panel (IPCC) predicted that 80 percent of the capital city Majuro would be submerged during the current century (2000s). In 2011, the Marshallese government identified climate change as “by far the biggest threat” to the nation. Together with other low-lying island nations in Oceania, the Marshall Islands in the UN context has demanded a global and legally binding climate agreement. One of these was pushed through at the end of 2015 at the COP21 climate meeting in Paris. It is a so-called framework agreement that will guide climate work for the world’s countries for a long time to come.

Draw 20,400 (at Majuro atoll) (economic and administrative center is Delap-Uliga-Darrit municipality on the same atoll)