+960 is the dialing code for Maldives.

The Maldives Republic consists of 26 atolls in the Indian Ocean. The distances between the atolls are large, but to the land surface, the Maldives is the smallest nation in Asia. All islands are low-lying, which means that rising sea levels due to climate change pose a threat to the country’s existence. Islam is state religion. In 2008, the first democratic elections were held. Tourism is the most important industry. 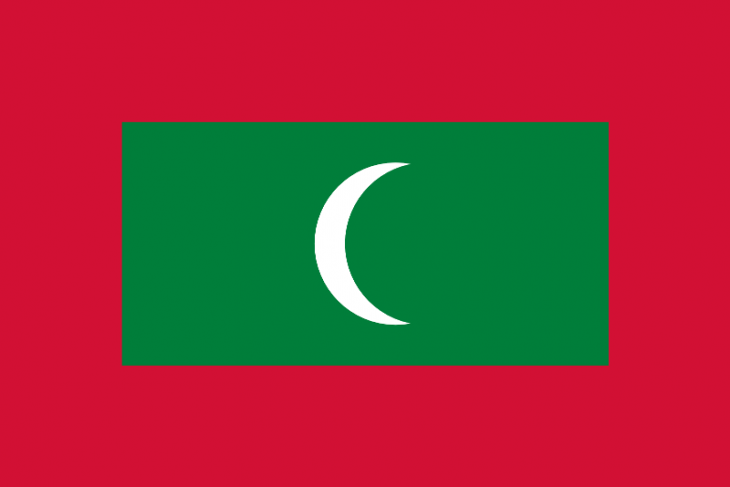 The Maldives geographically consists of 26 atolls, extending just over 80 km from the equator north of the Indian Ocean. The northernmost islands lie 60-70 miles west of India’s southern tip and Sri Lanka. The climate in the island world is hot and humid.

An atoll consists of a number of coral islands and reefs that are grouped around a lagoon. The word atoll also has a Maldivian origin. Of the almost 1,200 coral islands, about 200 are inhabited by maldives. In addition, there are about 100 special hotel islands for tourists.

The distances are very large, but the Maldives are by far the smallest nation in Asia. The largest island is only 13 square kilometers. All the islands are flat; most rise only a few meters above sea level. As a result, the country’s existence is threatened by the sea level rising as a result of climate change.

The soil is in most places lean and sandy. Among the few plants that thrive are palm trees, bamboo, banana and breadfruit. On some of the larger islands there are small areas of rainforest.

Maldives has tropical climate. A rainy season lasts from May to August when the southwest monsoon blows over the islands. The northeast monsoon brings dry air from December to March.

Maldives is sometimes hit by heavy storms and floods. Read more about how climate change and rising seawater levels affect the Maldives in Natural Resources, Energy and the Environment.

the highest point is 2.4 m above sea level on the island of Wilingili in the Addu Atoll

Maldives former dictator Maumun Abdul Gayum leaves his own party DRP, which is the largest in parliament. Gayum justifies the decision that DRP is permeated with corruption. He is forming a new party, called the Maldives Progressive Party (PPM). Assessors state that the split within the DRP may be due to internal power struggles.

Violent protests against the Nashid government

A few thousand people gather for several days in Malé in protest of the MDP government demanding its resignation. The protesters mainly protest against sharply increased prices of food and fuel, and the rising unemployment. Police meet protesters with batons and tear gas. More than 300 people are injured in clashes and many are arrested.