The long-narrow and densely populated Malawi in southeastern Africa is a distinct agricultural nation. Recurring natural disasters have contributed to a great dependence on foreign aid. The HIV epidemic has hit Malawi very hard, causing a sharp decline in life expectancy. President Hastings Kamuzu Banda ruled the country after independence from Britain in 1964, gradually becoming more dictatorial. When free elections were forced in 1994, Banda was voted out of power and multi-party systems prevailed ever since. Two thirds of the population is under 20 years of age. 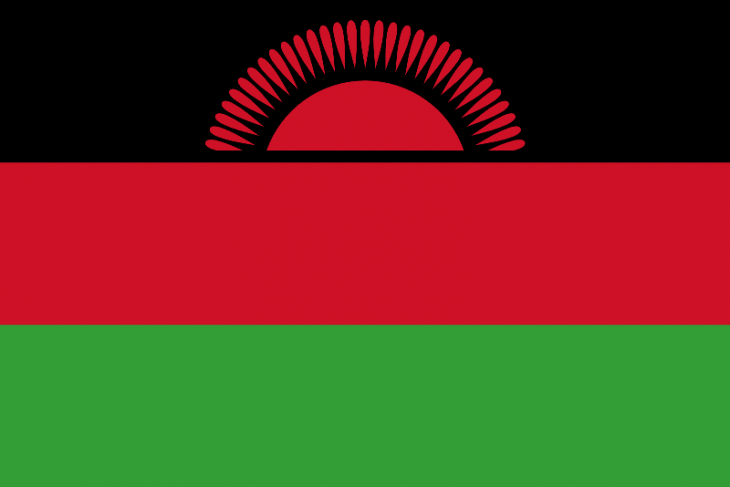 Malawi in southeastern Africa is about the same size as Lapland and Ångermanland together. To the east and northeast lies the large Malawi lake which occupies one fifth of the country’s area.

From Lake Malawi, the river Shire flows south through the shallow lake Malombe and further into the Zambezi River in neighboring Mozambique.

Throughout Malawi extends the vast East African Great Rift Valley tomb of which Lake Malawi is a part. However, most of the country is made up of highlands of between 1,000 and 1,500 meters. In the north and south there are mountains that reach up to 3,000 meters above sea level.

The lowland is dominated by savannah forest, where herds of African big game live. Bird life is also rich, especially around Lake Malawi.

The differences in height mean that the climate varies considerably in different parts of the country. The warmest is the lowland in the south. There are three seasons: a cooler period between May and August, a short hot season from September to October and a rainy season between October and April.

The government’s decision to significantly raise the salaries of ministers and other public servants triggers protests. President Mutharika and Vice President Saulos Chilima decide to keep their old wages of just under $ 3,000 and $ 2,000 a month, respectively, but the increase for ministers and MPs remains. Ministers’ salaries are raised from $ 1150 to $ 3,000 a month and parliamentarians from $ 242 to $ 1150. The change raises bad blood in a country where the standard salary for a public sector job is around $ 100 and where nearly half of residents are able to cope with less than one dollars a day.

A younger official is sentenced to nine years in prison for corruption in connection with the “cashgate” inheritance.

Former Budget Manager Paul Mphwiyo and his wife are arrested on suspicion of involvement in the “cashgate” inheritance that began rolling up following a murder trial at Mphwiyo in September 2013.

The country’s former Minister of Tourism, Tressa Namathanga Senzani, is declared by a court guilty of crime in the big corruption legacy called the “cashgate” which began to be rolled up in 2013 (see September 2013). A total of around 70 people have been arrested, suspected of being involved in the “cashgate”. Senzani is the first person convicted. Her sentence (to be announced later) will be 3 years and 9 months in prison.

President Banda loses his post in a presidential election that is conducted under chaotic forms as the electronic voting system collapses and election supervisors are forced to count all votes by hand. Eleven candidates stand against Banda. Her main challenger is Peter Mutharika, former Foreign Minister and brother of Banda’s representative at the presidential post. Before any results are presented, Banda claims that major irregularities have occurred which she blames on the opposition. She demands that the elections be rescheduled at a later date and says that she will then not be running. The Supreme Court rejects her request. Finally, the parties agree to count the votes in some districts, including at a place where the number of voters was five times as high as the number of registered voters. When the process is complete, Mutharika has won with 36 percent of the vote. In second place comes a former pastor with 26 percent of the vote. Banda becomes third with 20 percent.

30 million disappeared from the Treasury

An examination of the state’s business shows that at least 30 million US dollars had disappeared in 2013 through the “cashgate” corruption legacy (see September 2013). No names about who is behind the transactions are disclosed on the grounds that it may affect ongoing or upcoming legal processes. The audit was carried out by British auditors, on behalf of the President. From several quarters, demands will be made for President Banda to resign.