+961 is the dialing code for Lebanon.

A rigid political system that was drafted in the 1920s under French administration has remained the hostage of Lebanon. The system gave most power to the West-friendly Christian Maronites. For their part, the country’s Muslims have sought support in neighboring countries. In 1975, a civil war broke out that affected the entire region and lasted until 1990. Since then, the scenic country on the eastern Mediterranean coast has been living under a tense calm, which is occasionally interrupted by escalated contradictions, internally or with Israel. Conflicts in the immediate area also spill over Lebanon’s borders. 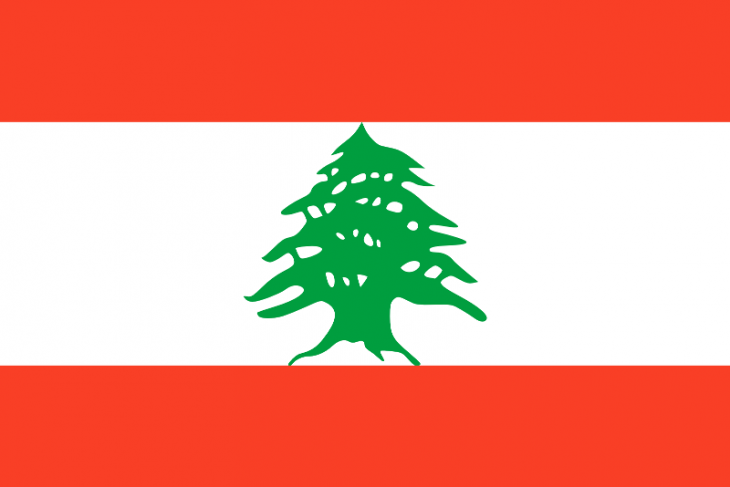 Lebanon is located on the Mediterranean Sea and borders Syria and Israel. The word Lebanon comes from the word stem lbn, which in Arabic is usually found in words that have to do with milk. The white color gives connection to the snow-capped mountains inland.

Lebanon is slightly smaller than Scania. The coast to the Mediterranean is 22 km long and runs parallel to two mountain ranges: the mountains of Lebanon with the country’s highest peak, al-Qurnet al-Sawda, and Antilibanon, along the border with Syria to the east. Between the mountain ranges lies the fertile Beka Valley (Wadi al-Biqa ‘) with the important rivers Orontes (al-Asi) and Litani.

Lebanon has rich bird and plant life. However, the famous cedar, which is visible on the country’s flag, is exterminated except in a few forest groves in the north. Just a few decades ago there were bears and wolves, but now almost no large mammals are left as a result of hunting and the animals’ natural environments have been destroyed.

The climate varies with altitude. On the coast it is hot and humid in summer and cool in winter. In the mountains it is cool in the summer while it snows heavily in the winter.

When the weather permits, the Lebanese can sunbathe on the sandy beaches of the Mediterranean just a few miles from ski slopes in the mountains. The warmest month is August and the coldest is January. From October to April, it rains a lot. Beirut has half as many rainy days as Manchester in England, but still receives more rain per year. Most rain falls in the western part of the country.

The Syrians under a million

For the first time since 2014, the number of Syrian refugees in Lebanon is under a million, UNHCR states. At the end of November, according to UN statistics, there were 997,905 Syrian refugees in the country, most women and children. How many people have returned to Syria is unknown. Some have been relocated to other countries with the help of the UN.

In Lebanon, more than 174,000 Palestinian refugees live, the government announces after a census conducted primarily in twelve refugee camps. That is a much lower number than expected, although 18,600 Palestinians are added to Lebanon from Syria during the civil war. The UNRWA has registered almost 470,000 Palestinian refugees in Lebanon over the years. The refugee count is the first of its kind and should be seen in light of the fact that the question of the size of the people groups among the country’s own citizens is sensitive: Lebanon has not conducted a census since 1932.

Saad al-Hariri announces that he will remain at the Prime Minister’s post. He has previously criticized Hezbollah’s coalition partner for its actions, especially Syria, but now says that the entire government has agreed to avoid interference with other Arab affairs.

Hariri back home on National Day

Saad al-Hariri is back in Lebanon and is participating in the celebration of National Day, two and a half weeks after the announcement that he will leave the Prime Minister’s post. After a meeting with President Aoun, Hariri now says that he is waiting to submit his resignation and that further talks about the future should be held.

Lebanon’s foreign minister does not participate when the Arab League convenes for a crisis meeting, on Saudi demand, for “Iranian aggression”. Iran is being loaded, among other things, for the robot shooting against Riyadh from Yemen and a fire in an oil pipeline in Bahrain. Hezbollah claims that the Saudis are conspiring with Israel against the Lebanese Shi’a movement. Israeli Energy Minister Yuval Steinitz tells media that Israel has discreet contacts with several Arab states but does not confirm anything in detail. That Saudi Arabia and Israel jointly carry out war actions against Shiite forces is deemed unlikely by analysts.

France, which ruled Lebanon before independence, tries to mediate in the crisis and offers Saad al-Hariri to travel to France. The offer astonishes and President Emmanuel Macron clarifies that it is not envisaged that Hariri should go into lasting exile.

Saad al-Hariri appears on television from Saudi Arabia and says he can and intends to return home, but intends to complete his departure from the Prime Minister’s post. Some of his statements are, however, interpreted as the possibility of renegotiating government cooperation with Hezbollah.

Hariri and Lebanon in “Fox Scissors”

Saudi Arabia and Gulf states urge their citizens to leave Lebanon. This is another sign that Lebanon is being drawn into a regional power poll between Saudi Arabia and Iran. Saudis accuse both Hezbollah and Iran of providing robots in Yemen with robots. In Lebanon, President Michel Aoun says he continues to regard Saad al-Hariri as prime minister. If Hariri resigns, a unity government will split between Sunnis and Shiites.

The Prime Minister wants to step down

Prime Minister Saad al-Hariri says he is leaving. He feels threatened with life and accuses the Hezbollah movement, backed by Iran, for destabilizing Lebanon and the region; both Hezbollah and Iran are actively participating in the war in Syria on the regime’s side. al-Hariri has also long counteracted the Assad government’s tendency to interfere with developments within Lebanon’s borders. The 2005 murder includes al-Hariri’s father Rafiq, a politician and businessman. The son has continued to pursue the requirement for a thorough murder investigation. Saad al-Hariri announces its departure in Saudi Arabia; Hezbollah and Iran claim that it is the Saudi government that is pushing him.

Sentenced to murder after 35 years

Two men are sentenced to death in their absence for a bombing in 1982 when Bashir Gemayel, newly elected president, was one of 23 dead. Gemayel was the hero of many Christians, traitors to others. He cooperated with Israel, which shortly before the act had started an occupation in Lebanon in search of Palestinian guerrillas. (See Modern History.) Both now convicted belonged to a prose party. The council was similar to the 2005 attack on Rafiq al-Hariri, which helped Syria withdraw its forces from Lebanon after 30 years.

A military court condemns Islamist leader Ahmad al-Assir and other people to death for terrorist crimes. He and 38 sympathizers have been charged with murdering Lebanese soldiers in clashes in Saida in 2013. No death sentence has been executed in Lebanon since 2004.

The Islamic State (IS) begins to evacuate its warriors from the Lebanon-Syria border, after three years of presence. IS warriors are allowed to enter an area controlled by the movement in eastern Syria. Remnants of Lebanese soldiers previously kidnapped by IS are found.

IS retires in the northeast

The Lebanese army is launching a military offensive in the enclave, which since 2014 has been controlled by the extreme Islamist group IS. The enclave is located in northeastern Lebanon near the border with Syria. The army estimates that around 600 IS fighters are in the area, which is the group’s last stronghold in the country. Already a day later, the military announces that it has withdrawn one-third of the enclave from IS.

Decision on elections next year

Parliament adopts a new electoral law and extends the term of office. The next parliamentary elections are planned in accordance with the decision for May 2018.

More than one million Syrian refugees are in Lebanon, according to the UN, which indicates the total number of Syrians who have moved abroad to more than five million. Lebanon, which has four million citizens, does not allow refugee camps but says many Syrians live in difficult conditions in informal camps.