Laos in Southeast Asia is a communist one-party state and one of Asia’s poorest countries. The Communists took control of the entire country in 1975 and abolished the monarchy that year. The takeover of power was preceded by two decades of civil war. During the 1960s, Laos was subjected to extensive bombing by the United States, which attempted to strike Vietnamese guerrillas in the border areas. Most Laotians live on growing rice and other crops. 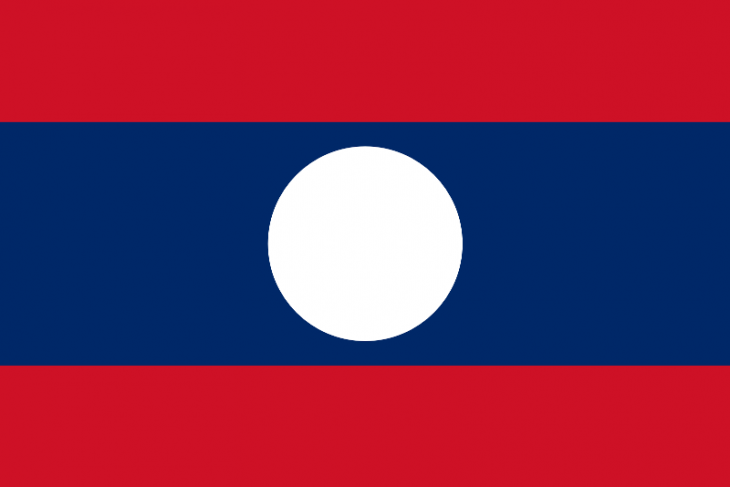 Laos is located in Southeast Asia and is roughly half the size of Sweden. Most of the country consists of highlands. Laos has a tropical monsoon climate.

Laos lacks the coast and is surrounded by Myanmar (formerly Burma) and China in the north, Vietnam in the east, Thailand in the west and Cambodia in the south. The border with Thailand is mainly the Mekong River, which is of great importance both as a transport route and for the fishing. A number of hydroelectric power stations are built on several of its tributaries and on the lower lanes of the Mekong.

In the north, Laos is crossed by several mountain ranges with peaks over 2,000 meters in height. Here is Laos highest mountain, Phou Bia. From the border areas towards Vietnam in the northeast and down to the southern parts of the country runs the wooded Annamitic mountain range. Northern Laos is occupied by the strategically important high plateau Krukslätten. To the south lies the fertile Boloven Plateau.

Almost half of Laos is covered by forests, mainly in the northern highlands and along the Mekong River. To the east of the Mekong are fertile plains.

Laos has a rainy season from May to October. The warmest months are March and April, when the temperature exceeds 30 degrees. During the rainy season, the temperature is around 27 degrees, while from November to March, it commutes between 16 and 21 degrees. The temperature varies as much with the height above the sea as with the changes of the seasons.

Armed conflict reports in the north

Radio Free Asia reports that an unknown armed regime-critical group has on several occasions clashed with police in the province of Xaysomboun in northern Laos. At one point, at least three government soldiers must have been killed. The radio station cites army sources and the information has not been confirmed by any independent source.