Like the other Arab emirates of the Persian Gulf, Kuwait has undergone a dramatic transformation since the Second World War from a poor fish nation to a rich oil producer. Kuwait became an independent state in 1961 after just over 60 years as a British protectorate but was forced to live under pressure from neighboring Iraq, which claimed historical right to the area. Iraq invaded Kuwait in 1990 but was expelled by a US-led military force the following year. Since then, Kuwait has made close ties to the Western world and also carried out some democratization with a people-elected parliament. 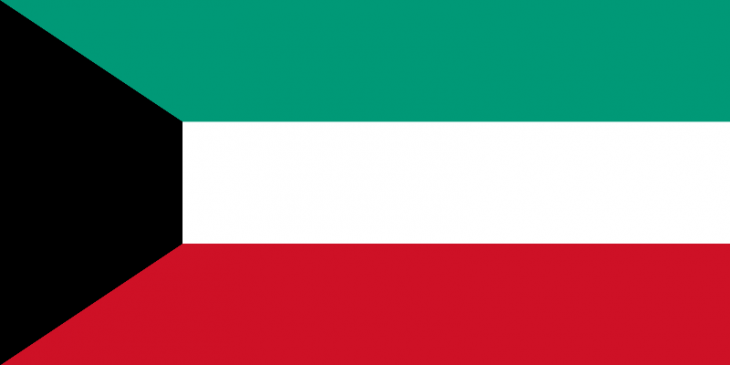 The Emirate of Kuwait is located on the Arabian Peninsula at the far end of the Persian Gulf and borders Iraq and Saudi Arabia. Nine small islands belong to Kuwait, of which Bubiyan is the largest and Faylaka has the most residents.

A multi-mile bridge, which is one of the world’s longest, has been built across the bay where the capital is located to tie the city together with a planned free trade area.

Kuwait consists of flat steppe and sand desert. A number of hills reach about 300 meters above sea level. There is no surface water except at a few single oases. Vegetation is extremely sparse and wildlife is limited to reptiles and insects.

The area where Kuwait is located is one of the world’s poorest rainfall, but the humidity is high. The scarce rainfall falls almost exclusively during November to April, when it averages 100-150 millimeters of rain. For its water supply, Kuwait is completely dependent on desalinated seawater.

During the summer days it can get upwards of 50 degrees hot in the shade, but the temperature difference between day and night is large. Occasional winter nights can be minus degrees. In the summer, the country is hit by sand storms.

Although many opposition members have requested the appointment of a new head of government, given the election results, the emir has commissioned the prime minister to re-form government. When presented, it appears that all five members of the royal family that were part of the former have renewed confidence. The Minister of the Interior and Defense will exchange seats with each other, while the Minister of Foreign Affairs will remain in office.

The opposition is strongly advancing in the elections

The results of the election reflect, according to Kuwaiti media, dissatisfaction of voters with the outgoing National Assembly: only 20 of the 50 members are re-elected while 22 who are candidates are voted out. The remaining eight did not stand for re-election. The opposition wins almost half of the seats. According to Kuwaiti media, the Muslim Brotherhood’s branch of ICM occupies four places plus some who go to close allied candidates. Ultra-Orthodox Sunni Muslims, Salafists also take four places. The result is that the country is once again at risk of a political crisis, as the opposition has largely gone to elections on promises to halt a large part of the government’s austerity policy.

Several opposition groups that have participated in the boycott of Parliament for four years now decide to take part. More than 30 Islamists and Liberal candidates have registered for the re-election (see also May 2016). But the People’s Action Movement (PAM), led by the imprisoned Musallam al-Barrak, decides to continue boycotting this election just like the previous two. Kuwait’s Democratic Forum also decides on boycotts.

The President calls for new elections, since MPs have asked three times for ministers to raise fuel prices, and for alleged violations of financial and administrative rules. The next day, the emir dissolves Parliament and thus prays for re-election. He cites “security challenges” as reasons and does not directly mention the contradictions with parliamentarians regarding fuel prices. The message is unexpected as the sitting parliament has been described as the most cooperative to date.

TV station owners get citizenship back

A court orders the government to restore the owner of an opposition-friendly TV station and his four children their citizenship, which they were deprived of by a decree just over two years earlier (see July 2014).

Minus in the budget

The government announces that petrol will be between 41 and 83 percent more expensive from September 1, depending on quality. This is the first time in almost 20 years that gasoline prices have risen. Kuwait is the last of the GCC countries which, due to low oil prices, are now abandoning subsidies, in whole or in part.

A Shiite member of parliament, Abdulhamid Dashti, is sentenced in his absence to 14.5 years in prison for pronouncing abhorrence of Saudi Arabia and Bahrain, and for endangering Kuwait’s diplomatic relations with both countries. Dashti, who has expressed strong support for the governments of Iraq and Syria, has been abroad for four months.

Kuwait gives the parties to the peace talks about Yemen two weeks to reach a settlement, otherwise they will have to leave the country. Negotiations have been going on for three months without major progress as neither party backs away from their demands. The Huthi rebels want a national unity government in place before the second steps are taken, while the government believes the rebels should first withdraw from areas they control, and surrender their weapons, in accordance with a UN resolution.

Kuwait is the first country in the Arabian Peninsula to regulate the conditions for the approximately 600,000 domestic workers who come mainly from Asian countries. A minimum wage of approximately SEK 1,800 is introduced, as is the right to one day off per week and 30 paid off days per year with salary (see July 26, 2015).

According to a new law, anyone who has been convicted of insulting “God, the Prophet or the Emir” must not stand for election. Thus, tens of members of the opposition are disqualified from participating in elections – including Musallam al-Barrak. Parliament votes by a large majority for the law.

Three members of the Sabah royal family, including a close relative of the emir, and four others are sentenced to between five and ten years in prison for insulting the emir. Among the convicted are also the editor-in-chief of al-Watan (see also January 2015).

The Islamic Constitutional Movement (ICM), which has ties to the Muslim Brotherhood, announces that the boycott that has been going on for four years is over and that the group intends to take part in the elections in 2017. ICM is the largest opposition group in the country.

The deliberations that have come about through UN mediation are being held in Kuwait City. The Yemeni government, Huthi rebels and forces that former Yemeni President Saleh is closely involved.

A proposal for wage cuts will trigger a three-day strike. This leads to a significant reduction in oil production and, even if the strike is interrupted without the workers being offered anything, it is a reminder of how important they are to the economy, something that can be used in future negotiations.

The sharp fall in world oil prices causes the country’s management to try to reduce government spending. Previous attempts to reduce subsidies on fuel have been halted after violent protests, but residents must prepare for degraded benefits. The Minister of Finance has announced that a corporate tax of 10 per cent should be introduced and several state companies to be sold, such as airports, ports and part of the oil company KPC’s facilities.

Meeting on the fight against IS

Top militiamen from 30 countries participating in the war against IS meet in Kuwait, just two weeks after the big defense ministerial meeting in Brussels on the fight against IS. Participants include the United States, Britain, France, Egypt, Iraq and Saudi Arabia.

Shiites are convicted of terrorist offenses

Judgments fall on 26 Shiite men accused of belonging to a terrorist cell with links to Iran and the Lebanese Hezbollah militia, and to have planned attacks in Kuwait. Two of them are sentenced to death, one in their absence, while 20 receive between 5 and 25 years in prison. One is sentenced to fine and three are released. The day after the judges’ boycott, the Shi’ite members of Parliament are holding a meeting in protest. The meeting held behind closed doors concerns the ongoing regional conflict.

The ambassador withdrew from Iran

The government revokes its ambassador to Iran as a result of a heated conflict in the region. The conflict has been triggered by Saudi Arabia executing a prominent Shiite leader after which angry Iranians stormed the Saudi embassy in Tehran. Saudi Arabia, Bahrain and Sudan have broken their relations with Iran completely, while Kuwait is downgrading them.