Guyana is located on the Atlantic Ocean in northern South America and was until 1966 a British colony. The population is dominated by two ethnic groups originating from India and West Africa respectively. Contradictions between them characterize both politics and social life. Poverty is greater than in many other countries in the region, but newfound oil provides hope for the economy. 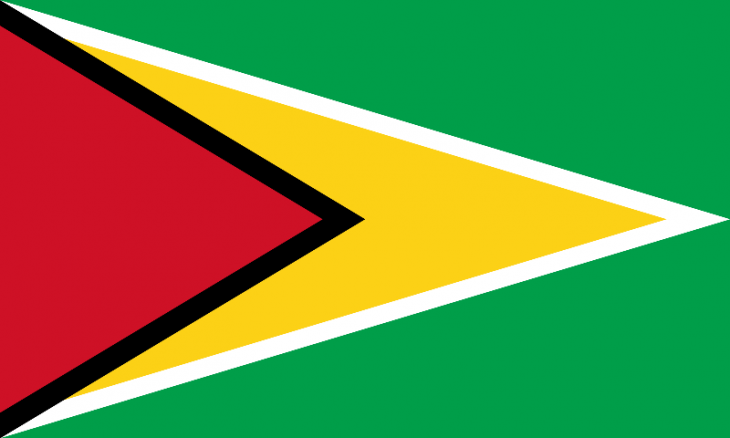 The Republic of Guyana in northern South America corresponds to just under half of Sweden. Most residents live on the fertile and up to half a mile wide Atlantic coastal plain. Most of the country is covered by rainforest with a rich wildlife. The climate is tropical.

The term Guyana, formerly Guayana, is sometimes used for a larger area along the north coast of South America which, in addition to the Republic of Guyana, also includes Surinam (formerly Dutch Guiana), French Guiana and neighboring parts of Venezuela and Brazil. The original word guiana, “the land of many waters,” refers to the rivers in the area.

On the coast there is a system of banks and canals to protect the sea. South of the coastal plain rises inland. To the east there are hilly areas of sand and clay, to the west and south a highland of sandstone and slate. At its peak, the Pacaraima Mountains reach the west. Where Guyana, Venezuela and Brazil meet, the Roraima mountain massif is located with Guyana’s highest point at 2,772 meters above sea level (the highest peak in Venezuela). The area is known for its waterfalls and the 226 meter high Kaieteurfall is one of the highest in the world.

Four-fifths of Guyana is covered by rainforest, which is essentially roadless land. During the dry season, off-road vehicles can reach Lethem at the border with Brazil, where since 2009 there is a bridge over the Takutu border river. There is no land connection to Venezuela.

It is warm in Guyana all year round, with ample rainfall. On the coast, two rainy seasons are distinguished: April – August and December – January, while inland it rains most from May to September.