+245 is the dialing code for Guinea-Bissau.

For hundreds of years, the area in West Africa that today is Guinea-Bissau has been exposed to ruthless Portuguese exploitation. From the 1950s, the liberation movement fought the PAIGC colonial army and in 1974 Portugal recognized the country’s independence. But the country was soon drawn into a vicious circle of coups, revolts and civil disputes. In 2014, a democratically elected government could take over the country, following the recent coup two years earlier. However, power struggles came to paralyze political life for several years. 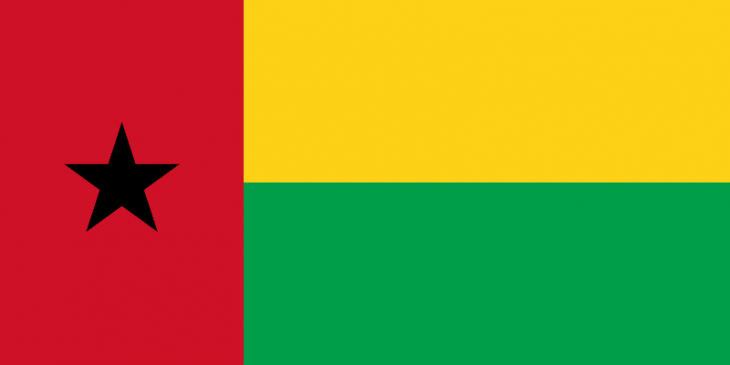 Guinea-Bissau, which on the surface is slightly larger than Belgium, lies north of the equator on the west coast of Africa.

The lowland coastal area is characterized by marshlands and mangrove swamps. The hinterland is dominated by a wooded savanna landscape. At the Boëk Hills in the southeast, near the border with Guinea, the country reaches its highest point, about 300 meters above sea level. The most fertile soils are in the south. Through the landscape several deep rivers cut, which overflow during the rainy season.

The islands of the Bijagós archipelago give the coast its own character.

Around 70 percent of the country, according to the World Bank figures, consists of forest.

The climate is hot and humid. The rainfall is rich across the country, but it rains most on the coast. The rain and dry periods are formed in the interplay between the Atlantic winds and the proximity to the Sahel, which is a dry area south of the Sahara. April and May are the hottest months, but even in the coolest months the average temperature is between 20 and 25 degrees. Most of the rain comes from June to October.

Induta is released after incorrect arrest

José Zamora Induta is released, after the Supreme Court ruled that the military court that had ordered him to be arrested had no right to do so.

A few weeks later, a new government is presented, which is approved by decree from President Vaz. This time too, several of the old ministers are in the team lineup. Alongside PAIGC, ministers from the Democratic Alliance (Partido da Convergência Democrática, PCD) and the Union for Change (União para a Mudança, UM) are also included in the government. For now, the President is responsible for natural resources and home affairs. Pereira and former Foreign Minister Mário Lopes da Rosa, who were on Correia’s first list, are given no ministerial posts.

The president does not accept a new government

The crisis continues as President Vaz at the beginning of the month refuses to approve Correia’s new government. He claims that it is too large (34 ministers) and that most of the ministers had also been members of Pereira’s ministry, and that several of them are subject to judicial proceedings due to suspicions of corruption.

Former army chief José Zamora Induta, who has been in house arrest since returning to Portugal from home in July, is arrested. He is suspected of being involved in a coup attempt in 2012 (see October 2012)

Correia is appointed as a compaction candidate

Vaz commands PAIGC to appoint a compromise candidate, which will make 81-year-old Carlos Correia to become new prime minister. He participated in the country’s liberation struggle and has previously been the country’s head of government on three occasions. President Vaz confirms the appointment via decree.

Appointment is contrary to the Constitution

Djá resigns two days later after a ruling in the Supreme Court. Eight out of twelve judges state that the president’s appointment of him contravenes the constitution. This is because Vaz had not consulted the largest party in Parliament, ie PAIGC, or consulted with the other parties before making his decision. Shortly thereafter, the president calls a meeting to try to resolve the crisis.

On 7 September, President Vaz, with the support of the largest opposition party PRS, appoints a new government under Djá’s leadership. Among other things, the PRS is rewarded with five ministerial posts.

Criticism against monitoring the crisis

Djá has previously dismissed the head of state radio and TV. He then criticizes him for partial monitoring of the latest political crisis.

However, MEPs appear to be choosing political methods to persuade the president to replace the new prime minister. On August 24, 75 members adopted a resolution expressing their dissatisfaction with the presidential nomination. If Vaz does not act, they intend to forward the matter to the Supreme Court. Gambia President Yahya Jammeh offers to mediate in the conflict.

Criticism against new head of government

Instead, on August 20, Baciro Djá is appointed new head of government. The appointment draws criticism from many PAIGC members who call it a “constitutional coup” and call for protests. However, they were stopped by police because of concerns that they would cause unrest. The week before the appointment, Djá was excluded from PAIGC.

Simões Pereira is nominated as new head of government

The PAIGC government nominates Simões Pereira to return to the post of head of government and says it intends to push the issue forward by any means if the president rejects the proposal.

The entire government is dismissed

President José Mário Vaz dismisses the entire government after a period of collaboration difficulties with Prime Minister Domingos Simões Pereira. According to the president, the two party comrades have had different views on a number of issues, including the appointment of a new army chief. Vaz also criticizes the government for corruption and nepotism , for hindering the transparency of public procurement and for interfering in the work of the judiciary. Others note that shortly before Pereira decided to initiate a review of the contracts in agriculture, mining, telecommunications and the forestry sector signed under the two-year transitional regime 2012–2014.

Voting in the National Assembly

Prime Minister Domingos Simões Pereira wins a vote of confidence in the National Assembly. The whole House is behind his government. Earlier, the Council of Ministers has accused the judiciary of bias in the investigation of corruption charges against Foreign Minister Mário Lopes da Rosa.

Support for strengthening the country’s democracy

The EU resumes all cooperation with Guinea-Bissau and promises EUR 160 million in support, among other things, to strengthen democracy, the rule of law and boost the economy.