+502 is the dialing code for Guatemala.

Guatemala in Central America has magnificent scenery and a vibrant indigenous culture with ancient roots. Despite this, tourism is limited, due to the country’s violent history. The civil war of 1960-96 demanded over 200,000 lives. Most of the victims were poor Mayan Indians who fell victim to the military’s overwhelm. After the war, extensive violent crime and corruption have spread. Guatemala is a middle-income country, but resources are extremely widespread and many live in deep poverty. 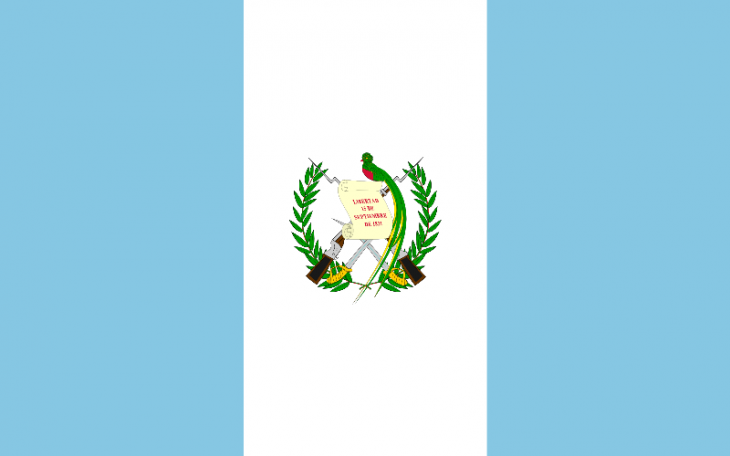 Guatemala is located in northwest Central America and is on the surface as a quarter of Sweden. The country has a short coastal section towards the Caribbean in the east and a longer coast towards the Pacific in the south.

The capital of Guatemala City is located in the highlands between the two mountain systems and here the majority of the population lives. At the far south is a fertile coastal plain. To the east of the highlands, the terrain slopes down to marshlands on the Caribbean coast. The northernmost third of Guatemala consists of the inaccessible and flat El Petén limestone plateau with grasslands, swamps and rainforests.

Previously, most of Guatemala was forestry, but forests now cover only about a third of the area. Wildlife is rich. In cloud forests in central parts of the country there is the colorful national bird quetzal, which gave its name to the country’s currency.

The region is affected by earthquakes. The former capital of Antigua Guatemala was abandoned after a devastating earthquake in the 18th century. In 1976, Guatemala City, along with much of the rest of the country, was hit by an earthquake that claimed nearly 30,000 lives.

The climate differs between different parts of the country. On the coasts and in El Petén in the north, the climate is tropical. In the highlands of central Guatemala it is slightly cooler, averaging 20 degrees. It is colder in the northern mountains where a large part of the indigenous people live. There can be minus degrees at night.

In most of the country it rains mainly between May and November, but the Caribbean coast to the east receives rainfall year-round. Occasionally, hurricanes or heavy storms cause severe flooding and landslides there.

The head of the country’s prisons Edgar Camargo is arrested, suspected of involvement in widespread corruption and blackmail. According to prosecutors, Camargo has received bribes from a known criminal who is serving a lengthy prison sentence for the 1998 murder of Bishop Gerardi (see Modern History).

Defense Chief General Rudy Ortiz and four other soldiers are killed when a helicopter crashes in the province of Huehuetenango, near the Mexico border. The cause of the crash is unknown.

The remains of 31 Mayan Indians who were killed in a massacre in the village of Xecax in 1982 are again buried in a ceremony, in yet another reminder of the country’s dark local history. Only eight of the victims have been identified since the remains were excavated four years ago.

Summit on refugee wave to the USA

President Pérez Molina and his colleagues from El Salvador and Honduras meet US President Barack Obama in the White House and discuss what has sailed up as a crisis in the United States, with at least 57,000 unaccompanied refugee children arriving since October 2013, mainly from the three countries. Obama says those involved have a “shared responsibility” to change the conditions that make the refugees leave. This applies to poverty, violence and difficult living conditions in the home countries, but also to some information that most refugees may not stay in the United States, even if they are minors.

Former chief of state police is sentenced to life

Former Chief of Police Erwin Sperisen is sentenced to life imprisonment in Switzerland for the murder of seven prisoners in Guatemala in 2006. The murders were committed by security forces in connection with a prison riot. Sperisen has both Swiss and Guatemalan citizenship and cannot be extradited from Switzerland, but is well-judged there. The verdict is seen as an important step in the UN-led efforts to rectify impunity.

Ex-president gets jail in US

Former President Alfonso Portillo is sentenced to five years and ten months in prison by a New York court (see May 2013), for money laundering. During the trial, Portillo acknowledged that he received $ 2.5 million in bribes from Taiwan for failing to break diplomatic relations with Taiwan during his presidency (2000-2004). Since he has been detained for a long time, Portillo only needs to sit for another 18 months. He has also been ordered to pay $ 2.5 million in fines – the same amount that he admitted to receiving bribes. A similar target is being pursued against El Salvador’s President Francisco Flores (see El Salvador: Calendar).