Gabon is located at the equator on the west coast of Africa and consists mostly of inaccessible jungle and savanna. The country was ruled by President Omar Bongo from 1967 until his death in 2009. Then son Ali Bongo Ondimba took over. The concentration of power for a family has almost put the multiparty system out of play. A small elite in the cities lives well on Gabon’s large income from oil, iron and timber. 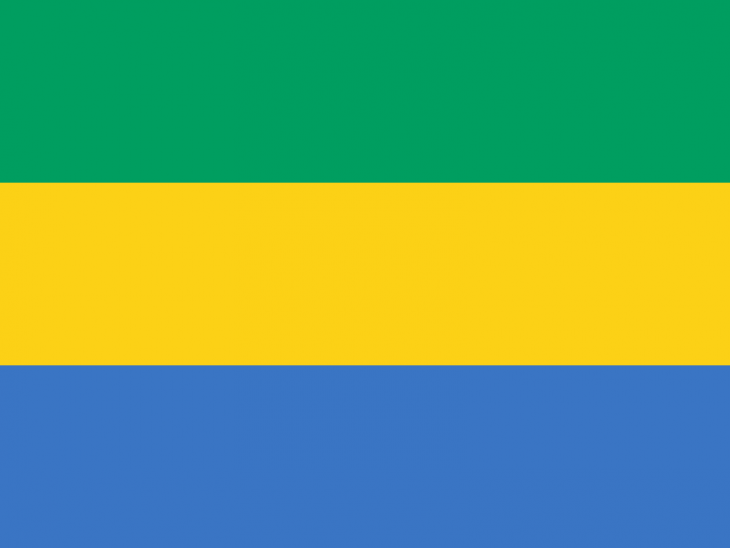 Gabon is about half the size of Sweden and is located at the equator on the Atlantic coast of Africa. Most of the country is a high plateau, which is covered by tropical rainforest and savanna.

A 10-20 km wide belt along the coast consists of lowland with mangrove swamp and coastal water. The lowland and the seabed off the coast are covered by sediment rich in oil. The Ogooui River and its numerous tributaries flow through the country.

The climate in Gabon is hot and humid all year round. The rainfall is plentiful, especially during the period September – March.

The members of Cemac (Cameroon, Central African Republic, Chad, Equatorial Guinea, Gabon and Congo-Brazzaville) announce that the internal visa-free agreement has now been ratified by all member states and will therefore be implemented. The agreement has been missing for 15 years through negotiations. The process has dragged on the time when the oil countries of Gabon and Equatorial Guinea were worried about being flooded by job seekers from neighboring countries. Now, however, these countries have also ratified the agreement.

President Bongo is reshaping the government and including some opposition politicians who participated in this spring’s national dialogue (see March 2017). The dialogue was boycotted by most prominent opposition representatives, including Jean Ping, who claims that it was he and not Bongo who won the 2016 presidential election. Among those who are awarded new jobs within the government are Pierre Moussavou of the Social Democratic Party, who came fifth in the presidential election, and René Ndemezo’o Obiang who led Ping’s election campaign. However, no changes are made to the heavy ministerial posts and the change is dismissed as cosmetic by political judges.

The authorities are investigating several threats made before a visit by a delegation from the International Criminal Court (ICC). Among other things, government-critical persons have claimed that explosive charges were placed in government buildings. President Bongo has also resigned. Armed men have entered several media buildings and demanded to broadcast a video urging the people to revolt against the president. A threatening person has entered the EU delegation’s office. The threats have been voiced by supporters of the losing presidential candidate, Jean Ping, but he is distance from them.

The President creates a forum for dialogue

Representatives of about 1,200 community organizations and some 50 political parties, as well as civil servants and diplomats, will attend the inauguration of President Bongo’s “forum for dialogue” on the country’s political situation. The president hopes to resolve the crisis that arose during his re-election in 2016. Opposition leader Ping, who considers himself the rightful winner in the presidential election, is boycotting the dialogue. The president is similar to the political problems of a “family quarrel”.

A former finance minister and advisor to President Bongo are arrested, charged with embezzling state funds equivalent to over US $ 800 million. The l’Union newspaper reports that this is the first time a minister has been arrested for corruption and launches the idea that Bongo may be about to change its view of corrupt employees.