+358 is the dialing code for Finland.

With around 187,000 lakes, Finland is the world’s richest country in relation to its size. Sweden’s forested eastern neighbor is also known for its good school results and for successful international peace mediation. The country’s economy has shown weaknesses in recent years but is basically stable. Politically, Finland is usually governed by broad coalitions. 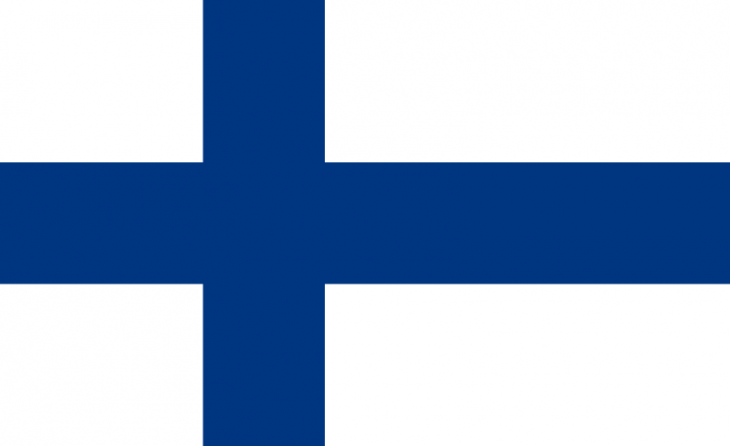 Finland is located in northern Europe and borders east to Russia, north to Norway and northwest to Sweden. Estonia across the Gulf of Finland in the Baltic Sea in the south is also considered to be Finland’s neighboring country. In the west, Finland has a coast towards the Gulf of Bothnia and the Bothnian Sea.

Most of Finland consists of hilly lowland, which mainly consists of moraine soils. About three-quarters of the land area is covered by forest, mainly coniferous forest, and less than a tenth is arable land. The northwestern parts of Finland are part of the Scandinavian mountain range.

Finland is sometimes called “the land of a thousand lakes”. With its around 187,000 lakes, Finland is the world’s richest country in relation to its size. The largest lake, Saimen (Saimaa), lies to the east. About a tenth of the land area is submerged.

Finland also has many islands, most of which are in the lakes. Along the coast there is an extensive archipelago, including outside the city of Vaasa and in the southwestern and southern coastal areas.

Between Sweden and Finland lies the archipelago of Åland, which is a landscape with some autonomy (see Åland).

Finland has an inland climate, which provides cold winters and hot summers. However, the Gulf Stream in the Atlantic affects the Finnish climate and makes it smoother and milder than it otherwise would have been.

Over a third of Finland lies north of the Arctic Circle and has two months of midnight sun. The winters last from October to May and the temperature can fall below 30 min. The ports in the Gulf of Bothnia are ice-covered for several months. During the summers in the north, the temperature can approach 30 plus degrees.

In the rest of Finland it is winter between November and mid March and the temperature differences between the seasons are smaller than in the north. The mildest is the climate in the southwest. July is the warmest month, while January and February are the coldest.

The rainfall is usually moderate. In the area around the capital Helsinki, an average of 750 mm of precipitation falls annually. It is mostly rainy during the late summer, while March is the driest month. Spring is particularly dry along the coasts.

Telecom company Nokia decides to sell its manufacturing of mobile phones to Microsoft for EUR 5.4 billion (about SEK 47 billion). The transaction must be approved by shareholders and competition authorities.

A citizen initiative to abolish compulsory Swedish education collects over 50,000 signatures, which means that the Riksdag must raise the issue. According to the proposal, Swedish teaching for Finnish-speaking pupils in compulsory school and upper secondary school will be voluntary.

Minister of the Interior Päivi Räsänen of the Christian Democrats wakes up when she says in a speech during the mission days of the Finnish State Church that people in certain conscience issues should obey the words of the Bible rather than Finnish law. For example, she mentions abortion, euthanasia and gender-neutral marriage. Archbishop Kari Mäkinen withdraws from the statement but according to an internet site, a thousand people are demanding exit from the Lutheran church for a single day.

The Deputy Chairman of the Swedish People’s Party and two Finnish-Swedish journalists may receive murder threats for their defense of the Swedish as a compulsory school subject.

No to compulsory Russian education

The government refuses a request from six municipalities near the Russian border in the south-east to change the compulsory Swedish teaching in schools to Russian. According to an opinion poll, 60 percent of Finns want to keep Swedish as a compulsory language in schools, but the true Finns’ voters and young men in eastern Finland want Russian as compulsory language instead.