The Republic of Fiji in the southwest Pacific consists of hundreds of large volcanic islands and smaller coral islands. The country’s economic base consists of tourism and sugar production. The former British colony has long been plagued by contradictions between Fijian residents and descendants of contract workers from India. Four coups between 1987 and 2006 led to periods of dictatorship. In 2009, a return to popular election began and democratic elections could be held in 2014. The winner of the election became the former dome leader Voreqe (Frank) Bainimarama. 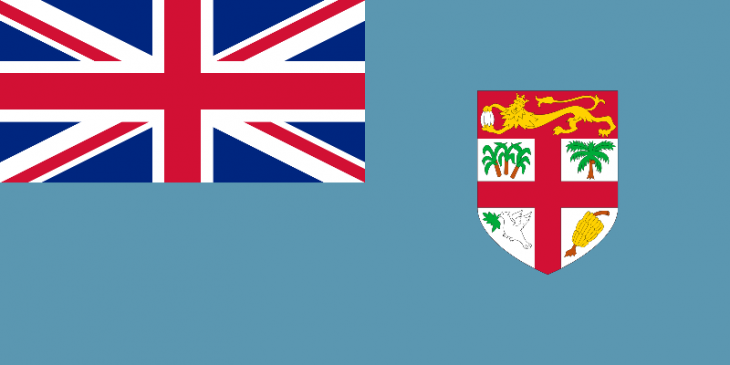 As one of countries that start with F, Fiji is an island in the southwest Pacific Ocean, halfway between the equator and New Zealand’s northern tip. It consists of around 850 islands, atolls and reefs on an underwater plateau around the rather shallow Koro Sea. Around 100 of the islands are inhabited.

The two largest islands, Viti Levu and Vanua Levu, occupy close to nine tenths of the total land area, which is comparable to Värmlands. Viti Levu is one of the largest islands in Oceania; here is the capital Suva.

The main islands are of volcanic origin and are mountainous, with deep gorges in the coastal landscapes. On the east and south sides of the islands, rainforest or planted forest grows, while the vegetation on the drier leafs resembles savanna. Fiji’s smaller islands are usually low coral islands. The island of Rotuma also belongs to Fiji about 50 km north of Fiji group.

Fiji has a tropical sea climate, characterized by the constantly windy southeast passage. The temperature variations are small and it rains a lot.

Most precipitation falls on the windy east and south coasts of the islands. However, the period from May to October is slightly drier and cooler than November to April, when hurricanes can occur.

Lautoka, Nadi (both on the island of Viti Levu)