+291 is the dialing code for Eritrea.

Eritrea is located on the Red Sea in northeastern Africa. The country became independent in 1993, after a war of over 30 years for liberation from Ethiopia. Since then, Eritrea has developed into one of the world’s hardest dictatorships. The agricultural-based economy has suffered severely during the war years and the continued military efforts. A stream of young men and women flee the country to avoid military service that can last for years. 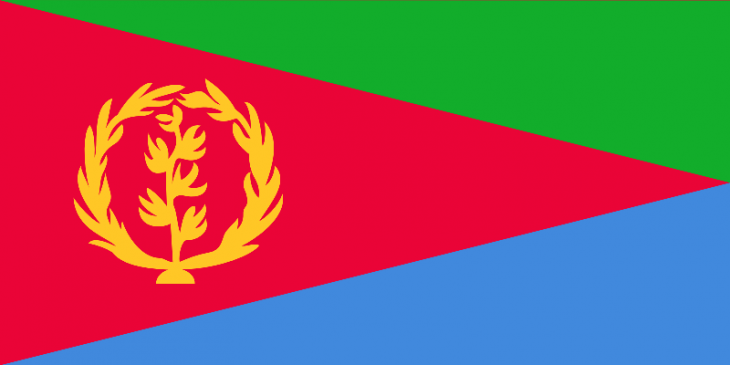 Eritrea is located on the Horn of Africa in northeastern Africa. The country stretches for about 100 km along the Red Sea coast and is on the surface just over a quarter as large as Sweden. Eritrea is located in the tropical zone, but the temperature and climatic conditions vary greatly with the height above the sea.

The central part of Eritrea is dominated by rivers from the fertile Ethiopian highlands with mountains of over 2,000 meters above sea level. Here is the capital Asmara.

To the east of the highlands, the peninsula or desert extends along the coast. The extremely hot Danakilskanken (Afarsänkan) reaches just over 130 meters below the sea. Outside the port city of Massawa lies the lowland coral islands of Dahlak.

To the west towards the border with Sudan, the plateau gradually slopes down into a hilly lowland. The area is fertile and irrigated by the rivers Gash and Barka.

Large parts of the highlands were previously covered by coniferous forests, but these have almost disappeared through hard utilization of the land for cultivation and settlement.

In the lowland areas, rainfall falls less than 500 millimeters per year, while the highlands get around 1,000 millimeters.

More are fleeing to Ethiopia

UN agency Ocha says that the number of Eritreans fleeing to Ethiopia has increased significantly since September. According to Ocha, an average of 200 Eritreans each day cross the hard-guarded border.

The President reports to the police in Sweden

President Isaias Afwerki and several of his ministers are reported to police in Sweden for crimes against humanity , including torture and kidnapping. On the same day, a Swedish law comes into force that makes it possible to prosecute human rights violations in Swedish courts, regardless of where the crimes are committed. However, the preliminary investigation is quickly closed with the justification that the Eritrean government would probably not cooperate. In addition, the Swedish International Prosecutor’s Office refers to the crimes occurring before the law on crimes against humanity came into force.

More refugees are leaving the country

The UN says that Eritrea’s refugee flow amounts to about 4,000 people per month, a sharp increase since the beginning of the year. The main reason why so many leave the country, according to the UN, is the mandatory military service.

Four Catholic bishops in a 38-page letter express concern over the state of the country, which they describe as “devastating.” They do not directly criticize the government, but write about how people leave Eritrea to go to peaceful and democratic countries to look for work and that no one stays in their home country to take care of the old.

In a speech on Independence Day, President Afwerki says work should be started to prepare a new constitution. However, it is unclear whether he intends to revise the 1997 constitution, which never entered into force, or whether a completely new one should be written.

Resistance group RSADO claims to have killed 27 Ethiopian agents and injured many more in an attack on a military barracks near Alhan in Eritrea. The data cannot be confirmed, but in that case it would be the first time since 2012 that RSADO goes cross-border.

Defamatory criticism from the UN

Eritrea receives stinging criticism from the UN Human Rights Council for the regime’s systematic abuse of the population. The Human Rights Council says that the severe repression and total lack of freedom is behind the mass flight of Eritreans through Africa towards Europe.