+503 is the dialing code for El Salvador.

El Salvador on the Pacific coast of Central America is the smallest country in the region and the most densely populated. The country has largely recovered financially after a bloody civil war in the 1980s, but the development is slowed by a series of natural disasters, major social injustices and widespread crime. El Salvador is one of the most violent countries in the world that is not at war. 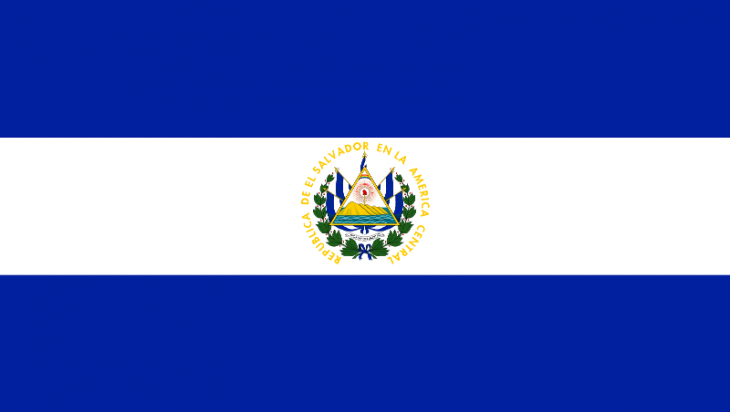 El Salvador is the smallest country in Central America and the only one that does not face the Caribbean. The country is mountainous with many active volcanoes. The climate is mostly tropical.

El Salvador – which means “the savior” in Spanish – is roughly the same size as Uppland and Södermanland together. Along the 30-mile coast towards the Pacific Ocean to the south is a narrow lowland area. Inland, two parallel mountain ranges with a hilly central plateau run between them. Here, at an average height of 600 meters above sea level, most of the country’s population lives.

The Sierra Madre mountain range, along the border with Honduras in the north, forms part of the contiguous mountain ranges that run through both the American continents. The southern mountain range actually consists of groups of volcanoes, several of which are active. Several of the mountain peaks reach more than 2,000 meters above sea level.

The two mountain ranges are broken in several places by deep river valleys. With its tributaries, Río Lempa forms the region’s most important river system.

Both volcanic eruptions and earthquakes are common. The capital of San Salvador has almost been destroyed several times and caused severe injuries – with many dead – in both 1986 and 2001.

El Salvador is in the tropical zone and on the coast it is constantly hot and humid. It gets cooler at higher altitudes but on the central plateau it is hot or hot year-round. In the highest mountains, the temperature can occasionally drop to zero degrees. There are two seasons: the dry season from November to April and the rainy season from May to October. During the rainy season, heavy storms and sometimes even hurricanes are common.

Funes makes a statement on the issue of abortion

President Funes says in Salvadoran television that he is for therapeutic abortion, that is, when the woman’s life is in danger. He regrets that it violates the Constitution. Funes receives harsh criticism from abortion advocates for his statement (see May and June 2013).

A mass grave with at least 44 bodies is discovered in Colón, outside San Salvador. Police suspect that the people were murdered by the criminal gang during the ongoing ceasefire. The finding makes the ceasefire even more questionable.

Municipalities in the campaign to reduce violent crime

Eleven of the country’s municipalities have joined the “free cities” campaign without violent crime (see January 2013). But some mayors complain that the municipalities have not received the financial support promised by the government to enable former gang members to be reintegrated into society. According to media, the police have registered nearly 400 murders in the “sanctuaries” between January and October.

Almost three months before the February 2014 presidential elections, most points to Quijano and Sánchez Cerén (see August and November 2012). Just a couple of months earlier, it seemed as if a third force could, for the sake of unusualness, come into play: former President Antonio Saca was then evenly in the opinion polls with the other two. Saca, who was president from 2004–2009 but subsequently broke with Arena, is a candidate for the newly formed Alliance Unity Movement (Movimiento unidad) consisting of Ghana, PCN and PDC.

The Constitutional Committee in the Supreme Court dismisses Chief Justice Salomón Padilla for saying he is a member of the ruling party FMLN. Earlier in the year, the committee halted three appointments made by Parliament, citing that the persons in question lacked qualifications, and is now accused of going to the opposition’s affairs. When the 2012 committee dismissed a former chief judge and 19 other judges, a political crisis arose that resolved the appointment of Padilla.

There are worrying signs that the cease-fire is working poorly or, in the worst case, is collapsing. Authorities arrest about 90 members of Barrio 18, who are accused of, among other things, murder and blackmail. An outbreak group called Los Revolucionarios distances from the ceasefire and breaks into areas controlled by Mara Salvatrucha. The murder rate that had continued to fall has suddenly returned again in July and August.

The ceasefire is hot for the presidential election

The ceasefire between maras seems to be a hot issue ahead of the elections in early 2014. Arenas candidate Norman Quijano, who previously supported the ceasefire, now calls it a concealed settlement with criminals and a mockery of law-abiding citizens. According to Quijano, the agreement is symptomatic of the government’s ineffective way of handling security in the country.

A woman who has been denied abortion is allowed to undergo cesarean section, in a case that has attracted considerable attention in El Salvador where abortion is prohibited in all circumstances. The woman suffers from a serious illness and, according to doctors, risked dying due to pregnancy. The fetus was found to be severely damaged and with little chance of survival. Despite this, the woman was denied abortion in a case that went all the way up to the Supreme Court. The caesarean section is performed when the woman is believed to be in pregnancy week 26. The child who lacks parts of the brain and skull dies.

The Supreme Court annuls the appointment of both the Minister of Security and the Chief of Police, because those who hold the posts are not civilians but army generals. Leaders of Mara Salvatrucha and Barrio 18 say at a press conference in prison that the decision could pose a threat to the ceasefire. Minister of Security David Munguía Payés is one of the chief architects of the settlement, although his exact role has never been properly clarified.

International Salvadorans get the right to vote

Parliament approves a bill from the government that allows expatriate Salvadoran citizens to vote in El Salvador elections; That means voters of the nearly 3 million Salvadorans living in the United States and other countries can vote in the 2014 presidential election.

The second phase begins in the truce

A “second phase” in the ceasefire between maras (see March 2012) is supported by two major parties, FMLN and Arena. The idea is to designate municipalities that are “sanctuaries” without violent crime. Four municipalities join first, of which one has a mayor who belongs to the FMLN and the other three arenas mayors. Gang leaders have promised peace in exchange for gang members being offered a chance to reintegrate into society.