+420 is the dialing code for Czech Republic.

The Czech Republic is in the middle of Europe’s intersection between old trade routes from east to west and from north to south. After four decades of communist rule, the Czech Republic developed into one of the strongest economies in the former Eastern bloc and is now a member of both NATO and the EU. 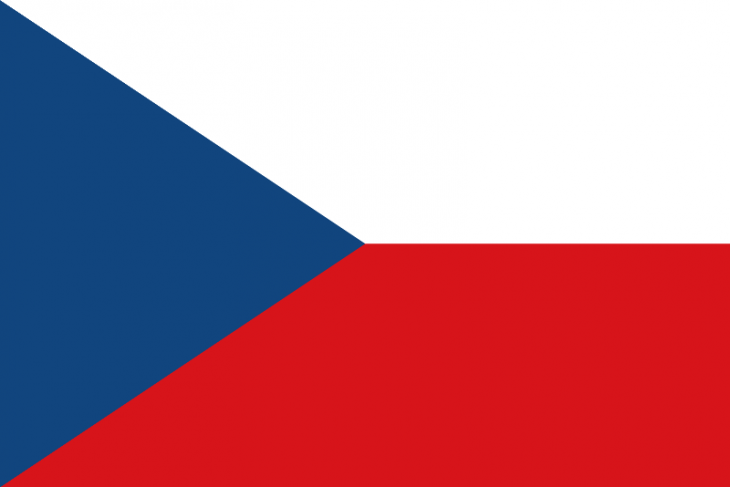 The Czech Republic is located in the middle of Europe at the intersection of old trade routes from west to east and from south to north. The country is then divided into three parts, Bohemia in the west, Moravia in the east and Silesia northeast of the Moravia.

Bohemia, which corresponds to two thirds of the land surface, is dominated by a hilly plateau, which is intersected by numerous valleys with larger rivers such as Labe (Elbe) and its tributary Vltava (Moldova). The latter flows from the southern part of Bohemia and north through the capital Prague. Bohemia is framed by low wooded mountain ranges in the northwest and southwest (Krušné hory and Šumava, respectively) along the border with Germany. In the northeast, the higher mountains Krkonoše Hory, which is part of the Sudety, form a border with Poland. The Moravia is divided by the Morava River. Western Moravia is mainly a lowland with fertile plains, while the landscape of eastern Moravia and Silesia is hilly.

The Czech Republic has an inland climate with cold and dry winters and hot and humid summers. It rains most between April and September.

In recent years, the country has on several occasions been hit by severe flooding and also by a series of persistent heat waves.

In his Christmas to the nation, President Zeman describes the flow of refugees to Europe as “an organized invasion”. He claims to be convinced that this is not a spontaneous escape from countries such as Syria and Iraq, and says that the young, healthy men who, according to him, make up a large majority of the refugees should stay in their home countries and fight with arms in hand against Islamic State. Prime Minister Sobotka is once again in defense, accusing the president of prejudice and simplification of facts.

Prime Minister Sobotka strongly criticizes President Zeman in a newspaper interview. He says the president should stay too good to openly support anti-Muslim organizations, spread Islamophobic statements and oppose the Czech Republic receiving refugees from the Middle East. Zeman has previously been criticized by the UN Commissioner for Human Rights for his negative statements about Muslims. The president comments that the prime minister does not know what he is talking about.

The UN’s director of humanitarian affairs, Zeid Ra’ad al-Hussein, has been harshly criticizing the Czech authorities for how they treat refugees. He writes in a report that the government has a conscious and systematic strategy to treat refugees so badly that others should be discouraged from trying to enter the Czech Republic. Refugees are routinely locked in for 40 days, often up to 90 days, and the conditions in the facilities are described as severe, worse than in prisons. According to al-Hussein, President Zeman undermines the contempt for refugees through repeated Islamophobic statements.

A few days later, thousands of people take part in hostile demonstrations in Prague and other cities.

Prime Minister Bohuslav Sobotka says he dislikes the refugee reception quotas that have been enforced by a majority of EU interior ministers, but that the Czech Republic does not intend to appeal the decision. “I don’t want to step up the tension by going to court. Europe must not be shattered by the refugee crisis,” he says.

Proposals to limit the president’s power

The government is proposing a constitutional amendment that would limit the president’s power in foreign policy and the right to appoint members of the central bank. The incumbent President Zeman finds the proposal “absurd”. At least three-fifths of the members of Parliament’s two chambers must support the proposal for it to pass, which means that the government needs to bring in some opposition members.

A new defense register is proposed

The government plans to establish a register for persons who can be called into military service in crisis situations. Prime Minister Sobotka says the register is created as a security measure and should not be seen as reintroducing the general military duty. The register, which is due to enter into force in 2017, must be approved by both chambers of Parliament and signed by the president.

President Zeman says that the US ambassador is not welcome to the Prague Castle since he made a critical statement about Zeman’s decision to participate in the celebration in Moscow of the 70th anniversary of the end of the Second World War. Most other heads of state and government in the EU boycott the Russian celebration because of Russia’s actions in Ukraine. The next day, Prime Minister Sobotka criticizes the president for being diplomatically “unprofessional”. Sobotka says it is of the utmost importance for the security of the Czech Republic to end up behind NATO and the EU. Zeman, to a certain extent, succumbs to the criticism by agreeing not to attend the traditional military parade in Moscow.