+385 is the dialing code for Croatia.

Croatia lies partly on the Balkan Peninsula, in the border country between Central and South-Eastern Europe. It is a crescent-shaped country with over a thousand islands in the archipelago off the beautiful Dalmatian coast. The former Yugoslav republic became independent in 1991 and has since gone from war and authoritarian rule to being a member of NATO and – from 1 July 2013 – also in the EU. 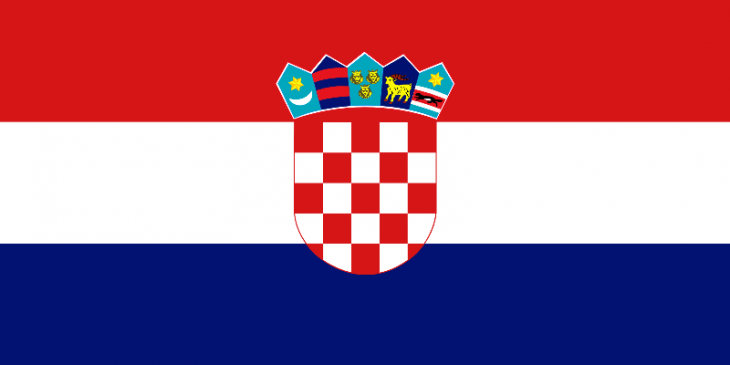 Croatia is partly on the Balkan Peninsula, in the borderland between Central and South-Eastern Europe, and is large as half Lapland. The country consists of a long narrow coastal region towards the Adriatic Sea and an inland area with both mountains and fertile plains. Most of Croatia has an inland climate.

The coastal region extends from the border with Slovenia in the northwest and tapers off to a tip in the south-east, where there is a short border with Montenegro. Most of the coastal region borders on Bosnia-Herzegovina which protrudes into Croatia and gives the country’s map image its characteristic crescent shape. The coastal strip is broken north of the city of Dubrovnik, near the tip in the southeast, by a small land tongue belonging to Bosnia-Herzegovina. The coastal area mainly belongs to the historical regions of Istria and Dalmatia. Off the coast is an archipelago with over 1,200 islands.

The inland area can be divided into two parts. The highlands in the middle part of Croatia, where the capital Zagreb is located, have mountain peaks over 1,600 meters above sea level. Northeastern Croatia consists of low-lying and fertile agricultural countryside and mainly comprises the region of Slavonia, which borders Serbia farthest east.

The river Sava forms a border between the northeastern part of Croatia and Bosnia, while the river Drava flows along the border with Hungary in the north. The coastal region’s border with Bosnia consists of the Dinaric Alps.

The inland climate means predominantly hot summers and cold, snowy winters. In the coastal area, however, there is typically a Mediterranean climate with mild and humid winters and warm, sunny summers. The rainfall is evenly distributed over the year.

HDZ should be investigated

Prime Minister Kosor states that HDZ will cooperate with an official investigation into cheating and corruption in the party.

Croatian Serb Goran Hadžić is arrested in Serbia and handed over to the Hague Tribunal, which charged him with war crimes. Hadzić is the last of the 161 people to be prosecuted by the court.

Clear signs from the EU

The EU confirms that Croatia has fulfilled the last conditions set in the membership negotiations.

Ex-generals are sentenced in The Hague

Following a three-year trial, convictions in the UN War Criminal Tribunal in The Hague come against three former Croatian generals charged with war crimes against Serbs in connection with Croatia regaining control of Krajina in 1995. Ante Gotovina and Mladen Markač are sentenced to 24 and 18 years in prison respectively. ethnic cleansing while Ivan Čermak is freed. Nationalists in Croatia protest loudly against the convicting judges. Prime Minister Kosor calls them “unacceptable”.

Demonstrations against the government

Several demonstrations are being held against rising unemployment and deteriorating living conditions. The protesters demand the resignation of the government, wage increases and the nationalization of foreign-owned banks.