+269 is the dialing code for Comoros.

The former French colony of Comoros is a collection of islands located between Madagascar and the African East Coast. Despite beautiful scenery and beautiful beaches, the country has not been able to realize its potential as a tourist destination. Political instability, bad communications, corruption and inefficient economics stand in the way. 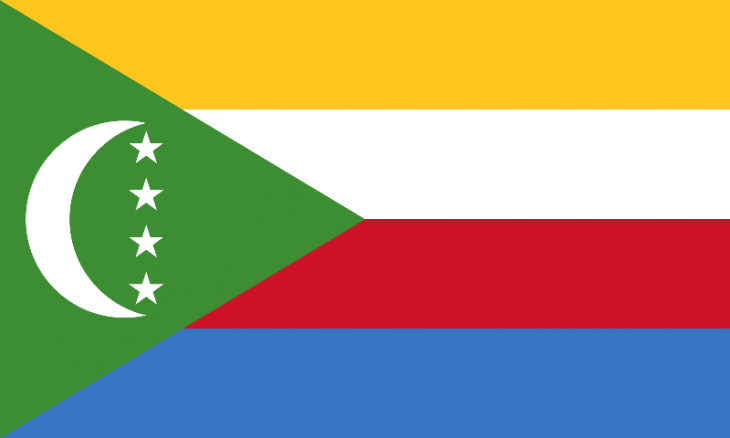 The Comoros archipelago lies between the east coast of Africa and northern Madagascar. It consists of four larger islands and several small islands. The Comorian state comprises three of the main islands: Grand Comore (in Comorian Njazidja), Anjouan (Nzwani) and Mohéli (Mwali).

The state of the Comoros claims the island group’s fourth island, Mayotte, which has been administered by France since the islanders in 1976 voted no to independence. Since 2011, Mayotte has been a French department, which means that the island is fully integrated into the French state.

The four major islands are of volcanic origin and the highest mountain, Kartala on Grand Comore, is an active volcano. Savannah and plantations dominate the interior of the islands, while the coasts are often marshy. The forests that previously covered the islands have been devastated and soil degradation is a major problem.

Grand Comore is the largest of the islands with more than half of the state’s land area. The capital Moroni is located on the mountainous island, whose thin, rocky ground is not suitable for cultivation. Mohéli, the smallest of the islands, consists mainly of a high plateau with fertile valleys and wooded slopes. Anjouan has a lot of smaller plantations.

Comoros have an interesting wildlife, with many unique species of birds and lemurs (semi-monkeys). In the Comorian waters live the broom fin, a fish that was believed to have died out 70 million years ago until a first specimen was found in 1938. Subsequently, the broom fin has been discovered in several places on earth, including in the waters around the Comoros and in Indonesia.

The Comoros have a tropical climate, with a dry period May – October and a rainy season November – April.

In November, the summer monsoon, called kashkazi, gives the highest daytime temperatures, around 33 degrees. January is the rainiest month. In the highest mountains on the island of Grand Comore, the temperature can drop to zero in July and August.

Mutsamudu (on Anjouan), Fomboni (on Mohéli)

AU extends its sanctions against Anjouan by blocking its fleet.

Sanctions against leaders at Anjouan

The African Union (AU) regional cooperation organization introduces sanctions against Bacar and other leaders at Anjouan.

New local presidents are elected on the islands of Grand Comore and Mohéli. The election that Bacar holds at Anjouan is annulled by the Federal Union Government. Despite this, Bacar installs himself on the presidential post after declaring himself a contender.

The Constitutional Court declares the presidential post on the island of Anjouan vacant since the term of office of local leader Mohamed Bacar. An interim president is appointed, but Bacar refuses to resign.