+359 is the dialing code for Bulgaria.

Bulgaria is located on the eastern Balkan Peninsula with the Black Sea to the east, the Danube to the north and Greece to the south. After decades of being a satellite country to the Soviet Union, Bulgaria is now a member of both NATO and the EU. However, the country is fighting hard against both poverty and corruption and is regularly criticized by the EU for judicial deficiencies. 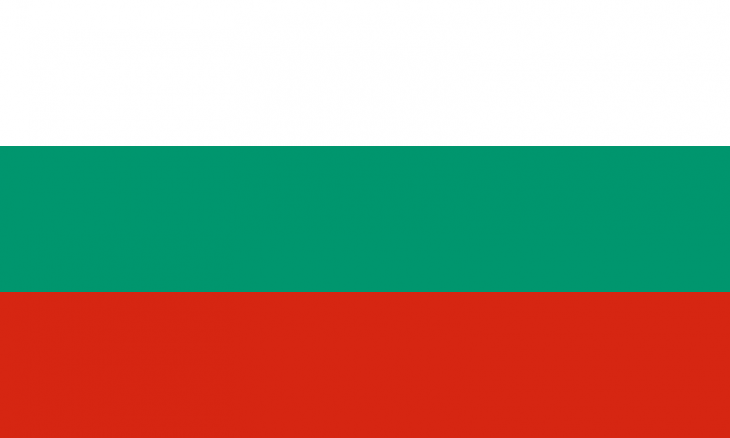 Bulgaria is located on the eastern Balkan Peninsula and has a coast towards the Black Sea to the east. To the north is the Danube border with Romania with the exception of the stretch between the city of Silistra, where the river faces the north, and the Black Sea. On the surface, the country is about a quarter as large as Sweden.

At the far north is the Danube plain, which covers almost a third of the country’s area. It consists of a fertile plateau landscape, which is intersected by several short tributaries to the Danube. South of the plateau, the Balkan Mountains or Stara Planina run in an arc through the country from the northwest to the Black Sea coast to the east. This narrow mountain range has peaks over 2,000 meters above sea level.

To the south of the Balkan mountains are several lower mountains, which are commonly called the Antibalkan. On the high plateau between these mountain ranges to the west lies the capital Sofia. The smaller but higher mountain areas of Rila, Pirin and Rodopi are in the southwest. Musala in the Rila mountains is the highest mountain in the Balkan Peninsula. To the south-east is the fertile Thrace plain, which is irrigated by the river Maritsa and its tundra Tundzja. Maritsa forms a border with Greece, and then forms a border between Greece and Turkey before it flows into the Aegean Sea.

About a third of the country is covered by forest.

Most of Bulgaria has inland climates with hot summers and for these latitudes unusually cold winters. In the south and on the coast of the Black Sea, the climate is more of a Mediterranean type with mild winters. The rainfall is fairly evenly distributed over the year. In the north and in the mountains, snow often falls in winter.

Borisov back in power

Former Prime Minister Bojko Borisov forms a government consisting of his own party Gerb, the Conservative Reformist bloc and the center-left alternative to the Bulgarian renewal (ABV). He can also count on Parliament’s support from the Nationalist Patriotic Front. It potentially provides the government with the support of 137 of Parliament’s 240 members. Borisov gets twelve ministers from Gerb, seven from the Reformist bloc and one from ABV. Former EU Commissioner Meglena Kuneva from the Reformist bloc becomes Deputy Prime Minister and will be responsible for EU issues.

The country’s fourth largest bank, CCB, is deprived of its license and declared bankrupt. The bank’s customers have not been able to access their accounts for several months (see June 2014). The bank’s largest shareholders are suspected of having transferred about EUR 100 million from the bank to its private account, after which he left the country. He was arrested by the Serbian police in September.

Parliamentary elections without a clear result

The election gives no clear information on how the country can be governed. Conservative Gerb gets the biggest with just under 33 percent of the vote and its leader, former Prime Minister Bojko Borisov, is expected to be commissioned to try to form a government. But Gerb needs support from at least two other parties to get a majority. The Socialist Party and the Turk-dominated DPS each get about 15 percent. The relatively newly formed Reformist bloc receives just under 9 percent and is expected to be included in the government together with Gerb. A total of eight parties will enter Parliament, more than ever before. However, turnout is the lowest since Bulgaria gained democracy in 1989, about 50 percent. (5/10)

Since Parliament approved the resignation of Prime Minister Oresjarski in late July, President Plevneliev has appointed Professor of Law Georgi Bliznashki to lead an interim government until the October 5 election. Bliznashki was previously a member of the Socialist Party but was excluded in 2013 after participating in demonstrations against the then Socialist-led government. He was a member of the European Parliament in 2004-2007.

The Socialist Party elects Mihail Mikov as new chairman after Sergei Stanisev, who resigned after the party’s poor results in the EU elections in May. Mikov has most recently been the Speaker of Parliament.

Prime Minister Oresjarski announces that he will resign after losing almost all the support in Parliament. The government and the opposition agree to appoint an expedition minister and announce new elections this fall.

Rumors are shaking the banks

The central bank says that the country appears to be subject to an organized destabilization attempt, after rumors spread through the internet and directly to mobile phones that several of the country’s largest banks risk bankruptcy. In Sofia, people queue up to withdraw their savings and the country’s fourth largest bank CCB is forced to ask the central bank for protection. Six people are arrested for false rumors and the president appeals to the people for calm. The European Commission grants Bulgaria temporary aid of EUR 1.7 billion to banks affected by large withdrawals. At the same time, the Commission says that the Bulgarian banks generally have good capital adequacy and high liquidity.

The government under Plamen Oresjarski survives a vote of no confidence in Parliament, but the likelihood is expected to increase in the election this fall. The Socialist Party, whose support Oresjarski is heavily dependent on, calls on the Prime Minister to resign. The socialists and the Turkish party DPS set a condition for continued support that Oresjarski announces new elections.

The ruling Socialist Party BSP gets just under 19 percent of the vote when elections are held to the European Parliament. The coalition partner, the Bulgarian Turks DPS, receives just over 17 percent and withdraws its support for the government after the election. Gerb becomes the largest party with just over 30 percent of the vote.

Chief of staff and judge are suspected of misusing EU money

The Prime Minister’s Chief of Staff is charged with contributing to embezzlement of EU money. She is suspected of being involved in a case that was revealed in April when two senior judges were charged with misusing EU money.

An imam is sentenced to one year in prison for propagating a radical form of Islam. He is to serve four years because he was previously conditional on membership in an illegal organization, spreading anti-democratic propaganda and incitement to religious hatred. The case has aroused strong feelings both within the Muslim minority and among Bulgarian right-wing nationalists who are using the issue ahead of the EU elections in May.

Ex-president among the excluded from the Socialist Party

The Socialist Party BSP excludes former party leader and ex-president Georgi Parvanov since he formed a party faction that will compile his own list in the EU elections in May. Nine other party members are excluded at the same time.

Jump to the new populist party

Three members of parliament go to the party BBT, which was formed in January and thus gets a foot in national politics without having run for election.

Many arrested after attack on mosque

More than 120 people have been arrested by police as hundreds of people shouting nationalist and racist slogans tried to storm a mosque in the city of Plovdiv. The storming attempt is made in connection with an attempt to get a court to tear down an earlier decision that an old mosque in a neighboring city, which was taken over by the state in the early 1900s, should be returned to the Bulgarian Grand Duchy.

For the third time, the opposition fails to topple the government in a vote of no confidence. The former Gerb party demands the vote on the grounds that the government has failed to curb the strong refugee stream and has done nothing to the increased crime that Gerb blames on the refugees. T wo distrust polls were also held in October 2013.

A new populist party is formed

TV personality Nikolaj Barekov forms the party Bulgaria without censorship (Bulgarija bez tsenzura, BBT), who says he wants to work for “capitalism with a human face”. Barekov demands that all politicians who have broken the law be imprisoned and promise an examination of all politicians’ economic progress over the past 20 years.

The EU Commission strongly criticizes Bulgaria for continued legal insecurity, lack of judicial reform and lack of action against corruption and organized crime. The criticism is described as the harshest since Bulgaria joined the EU in 2007. The Commission notes that none of the three governments that have ruled the country since the last report in 2012 has been able to reach political agreement on the necessary reforms.