The Brunei Sultanate is located in Southeast Asia on the north coast of the island of Borneo. Two out of three residents are Muslim Malays. Chinese and other minorities do not automatically gain citizenship, even though they are born in Brunei. In practice, royal monarchy prevails. Sultan Hassanal Bolkiah has been in power since 1967 and comes from a family that has ruled the country for over 400 years. Large resources of oil and natural gas have made Brunei a rich country. 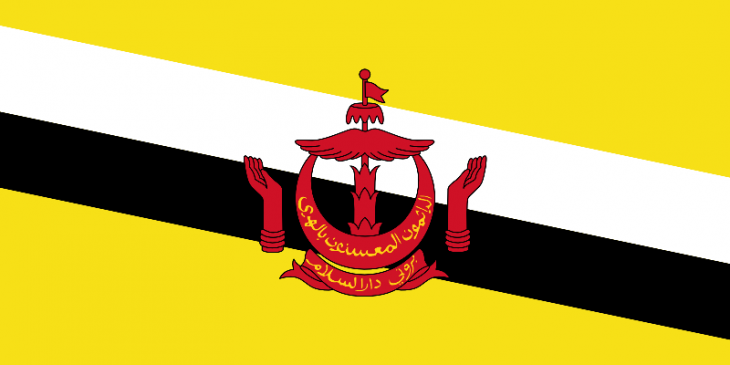 On the south-east Asian island of Borneo’s north coast lies the Sultanate of Brunei. It has a coast towards the South China Sea to the north and is otherwise enclosed by the Malaysian state of Sarawak, which cuts into Brunei and divides it into two halves.

Brunei is on the surface slightly larger than Halland. It consists mostly of lowland, covered by tropical rainforest. On the coast there is mangrove swamp.

The climate in Brunei is tropical, that is, hot and humid. Rain falls throughout the year but especially from October to March. In November and December, the monsoon rains fall.