Benin is a narrow strip of land on the Gulf of Guinea in West Africa. On a land area corresponding to a quarter of Sweden’s lives, up to eleven million people live. After independence from colonial power France in 1960, Benin first became notorious for military coups, and then known as a Marxist-Leninist one-party state. But since the early 1990s, the country has been something of a democratic example in the region. The economy is based mainly on cotton cultivation. 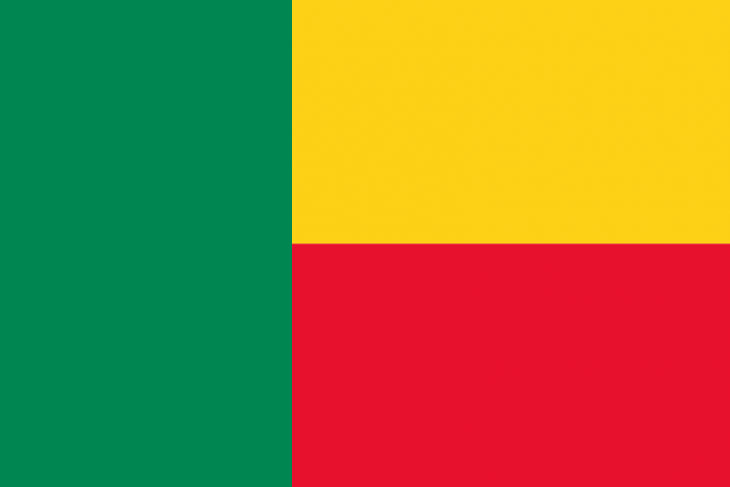 Benin in West Africa borders east to Nigeria, north and northwest to Niger and Burkina Faso, and west to Togo. To the south, the narrow Benin has a short stretch of coastline along the Atlantic, at the part of the Gulf of Guinea called the Bay of Benin and which gave the country its name. The height differences are small in the country, which is one of Africa’s smallest.

From the coast just over 12 miles long, the country extends 70 miles straight north. The coastal strip consists of a long sand reel. Behind this there are large lagoons and lakes with outlets in the Gulf of Benin. Next is the Terre de Barre, which is a fertile plains landscape. Benin also consists of low-lying savannah, which is interrupted at the far north-west by the Atakora Mountains with the highest point in the country, just over 600 meters above sea level. In the northeast, the Niger River forms part of the border with neighboring Niger.

The climate in southern Benin is hot and humid with two rainy periods (mainly April – mid July but also mid September – late October). In the north, the climate is more clearly divided into a dry period from December to March, when desert winds (so-called harmattan) can blow in from the Sahara, while the rainy season falls between June and early October. March and April are the hottest months; It is the coolest and driest between November and February.

President Yayi dismisses his entire government on the grounds that he wants to renew it. Of 26 ministers in the new government, half are newcomers. All belong to parties that are close to the president. The appointment of a new prime minister is delayed for unclear reasons.

An appeals court ruled in May, from a lower court, that there had been no attempt to poison President Yayi. The Court reiterates the requirement that the accused be released. The prosecutor says, however, that the persons should be detained pending an appeal to the Supreme Court.

A lower court has ruled that the charges against the people arrested in October 2012 are suspected of having plotted to assassinate President Yayi as baseless. The Court calls on the authorities to release the accused.

Three are suspected of plans to overthrow Yayi

Police arrest two people and arrest a third suspected of plotting to overthrow President Yayi and give the military power. One of the arrested is a close associate of one of those arrested in 2012 for a suspected attempted murder of the president. It is likely that there is a connection between both events.