Vaccinations and health
No compulsory vaccinations are required for entry into Azerbaijan, but preferably review your basic protection and feel free to contact your vaccination center for current information (at least one month before departure). Do not drink tap water in Azerbaijan.

Currency and exchange rate
The currency is called Manat (AZN). A manat is divided into 100 gopik. Bring USD to exchange on site. Credit cards are only accepted at major department stores and hotels.

Weather and clothing The
climate is mostly temperate and dry, but with fairly large differences between highlands and lowlands. In southern Azerbaijan, the climate is subtropical and significantly warmer during the summer.
Azerbaijan is a secular state with Muslim culture. Dress appropriately, especially when visiting religious sites.

Security
The main part of Azerbaijan is considered a fairly safe destination, but visits to the border zone between Armenia and Azerbaijan should be completely avoided. Also, do not photograph military installations or anything of a religious nature without first obtaining a permit. Keep passports, money, tickets and other valuables in a safe place.

Transport and communications
In Baku, there has been a metro system under expansion since 2010 and a network of local buses that are supplemented by so-called “Marshrutkas” (a kind of taxis that are shared with others). Shout “sakhla” when you want the car to stop and pay when you get off. Taxis rarely have taximeters. Therefore, agree on the price before you get in the taxi. Road safety is not what we are used to in Sweden. Check the price with your carrier before using your mobile phone. You can call from the hotel but check the prices first. There are plenty of internet cafes in the cities. 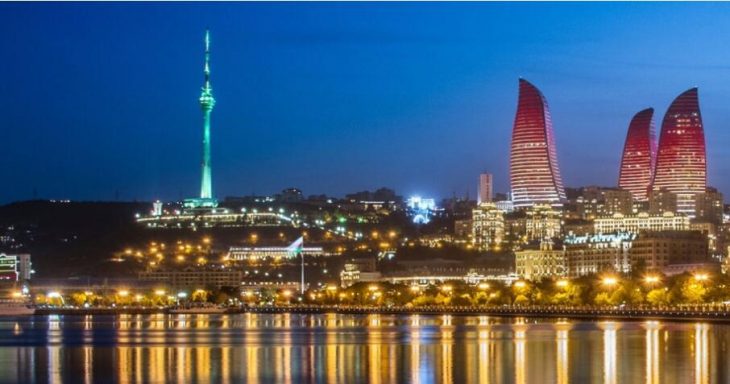 Food and drinks
The Azerbaijani food culture has for centuries been influenced by the traditions of neighboring countries, but has at the same time managed to retain its own character. Traditional dishes include bread, pancakes, thick soups, spicy meat dishes such as lamb skewers, stuffed aubergines and vine leaf dolma. Baklava is a common dessert.

Shopping and gifts
Popular domestic products are rugs, tea, saffron and caviar. Do not forget to bargain. In Baku there are several markets and bazaars where you will find a large selection of ceramics, teapots and sweets. If you want to buy genuine black caviar, you should ask the guide about the best places.

Other information
Local time: 3 hours before Swedish time.
Electricity: 220 V
Baggage: It sometimes happens that the checked baggage gets lost. Therefore, pack important medicines with a certificate from your doctor in your hand luggage. The same goes for valuables.
Language: Azerbaijani. The language is closely related to Turkish. Many residents also speak Russian and in Baku also some English.
Tips: Most people in the service profession expect tips. When visiting a restaurant, you can put 10% in tips if it is not already included in the bill. 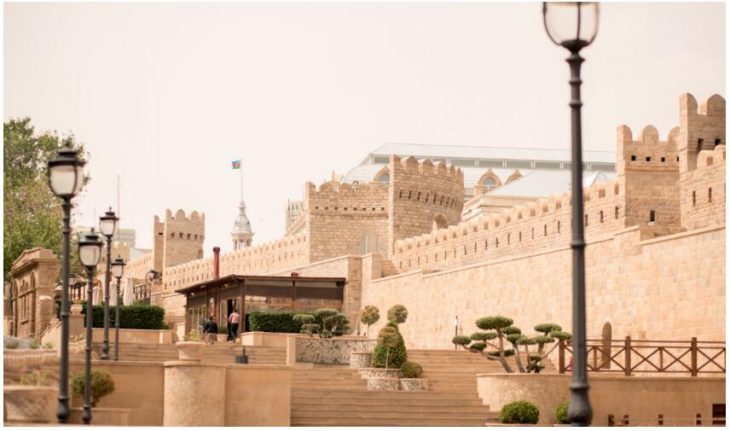