+1 is the dialing code for Barbados.

Farther east in the Caribbean lies the former British colony of Barbados. The residents are mostly descendants of African slaves who were brought to the island to work on sugar plantations. The population density is among the highest in the world. Political and economic stability have paved the way for a high standard of living. Tourism and financial services have replaced sugar as a backbone of the economy. 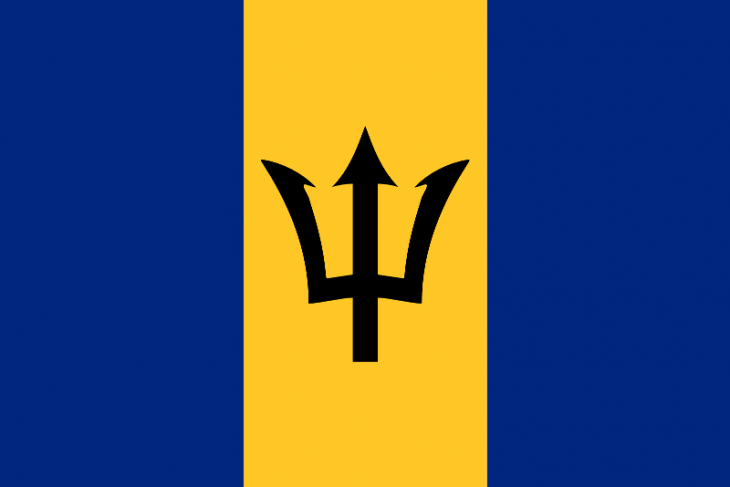 Barbados is the easternmost island in the Caribbean (Caribbean) and belongs to the small group of Antilles. The island is just over two miles where it is at its widest and three and a half miles long. The distance to the nearest neighboring countries, Saint Vincent and the Grenadines and Saint Lucia, is just over 17 km.

Three-quarters of Barbados coral island surface consists of a low-lying limestone plateau. Only in the northeast is the landscape hilly. Much of the natural vegetation has been destroyed by intensive cultivation of sugar cane. Typical of vegetation are the figs whose exposed root system is believed to have inspired Portuguese in the 16th century to give the island the name Os Barbados (the bearded).

The climate is tropical, but temperate winds from the north and northeast keep the temperatures down slightly. It is usually between 20 and 30 degrees Celsius.

Barbados is on the outskirts of the Atlantic Hurricane belt and has not suffered any major devastation due to tropical storms since 1955. However, it rains a lot during the hurricane season, from July to November. In addition, the risk of hurricanes and other natural disasters increases with climate change, and like all small islands, Barbados is threatened by rising sea levels.