Join us on an exciting journey to the three cultural countries of Azerbaijan, Georgia and Armenia in the fascinating Caucasus, the area between the Black Sea and the Caspian Sea, and the borderland between Europe and Asia. The Caucasus offers incredible nature experiences and the area’s rich historical heritage and different ethnic groups have given this region cultural features that you will not find anywhere else. However, the countries are very different from each other and the round trip therefore provides an interesting insight into the cultural diversity that characterizes the entire Caucasus. The trip offers fantastic views, spectacular historical and religious buildings, ancient relics and idyllic vineyard landscapes in what must be one of the world’s most scenic, interesting and hospitable areas. 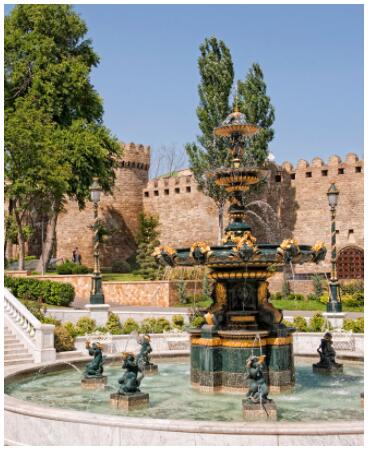 Day 1: Travel to Azerbaijan
We fly to Baku – the capital of Azerbaijan and the largest city on the Caspian Sea. After arriving in Baku, we head to our hotel for check-in. Overnight in Baku.

Day 2: Shirvanshaher Palace and Virgin Tower
We start the day by visiting the Old Town of Baku. The old city provides evidence of Zoroastrian, Arabic, Persian, Ottoman and Russian influences that together have left a unique cultural heritage. We visit the Virgin Tower and the Palace of the Shirvanshas , one of Azerbaijan’s architectural masterpieces. The area with its historical sights is on the UNESCO World Heritage List. We visit Baku’s carpet museum and is captivated by the beauty of the Azerbaijani rugs. In 2010, the Azerbaijani rugs were actually included on the UNESCO World Heritage List as outstanding cultural objects! Overnight in Baku. (Breakfast and lunch)

Day 3: Gobustan Rock Art Cultural Landscape
We leave Baku to head to Gobustan Rock Art Cultural Landscape with its unique archeological sights. The cultural landscape with its exciting rock art is on the UNESCO World Heritage List and in the area there are more than 6,000 rock carvings depicting people, animals, war scenes and ritual dances. The pictures provide a fascinating insight into how life took shape in the prehistoric Caucasus 5,000 – 40,000 years ago. We also take the opportunity to visit a volcanically active area with so-called clay volcanoes. After lunch we head to Baku’s fire temple “Ateshgah which was early a sacred place in Zoroastrianism, a pre-Islamic religion within which fire has an important religious significance. We then continue to the “burning mountain” Yanar Day where large flames flare up along one of the mountain sides, eternal fires that constantly get new fuel through the natural gas that here leaks out from the earth’s interior. Overnight in Baku. (Breakfast and lunch)

Day 4: Baku – Sheki
After breakfast we head to the town of Sheki, beautifully situated on the slopes of the Caucasus Mountains in northwestern Azerbaijan. From here we head to the nearby village of Kish which is famous for its 12th century church. During the day we also visit the area’s main pride – Shaki Khan Palace . The charming and tastefully decorated palace was built as a summer residence for the Shaki Khans, who between the years 1743 – 1819 ruled over the area that today corresponds to the modern state of Azerbaijan. Overnight in Sheki. (Breakfast, lunch and dinner)

Day 5: Sheki – Georgia
We start the day with a visit to a local bazaar . Then the journey continues across the border to Georgia. At lunchtime we visit a farm and enjoy a traditional meal with local wine . Then we visit a three hundred year old wine cellar where the wine is traditionally stored in quarries (large clay jars buried in the ground). We get to know more about the area’s wine production and of course have the opportunity to taste the aromatic and amber wines. Then we visit the castle in Gremi – once upon a time a large trading town and royal residence. Overnight stay in the central town of Telavi. (Breakfast, lunch and dinner)

Day 6: Mtskheta
We continue to Mtskheta, one of Georgia’s oldest cities. Mtskheta was during ancient times the capital of the Caucasian kingdom of Iberia and the city has since the introduction of Christianity in the 300s been a religious center in the country. The Georgian Orthodox Church has even declared the city sacred. We visit the Jvari Monastery and the Svetitskhoveli Cathedral, probably the complex best known for the many World Heritage sites in the city. The journey continues along the famous Georgian military road through the beautiful mountain landscape. We head to the winter resort of Gudauri among the dramatic Caucasus mountains. Overnight in Gudauri. (Breakfast, lunch and dinner)

Day 7: Kazbegi
From Gudauri we travel along the river Tergi to the central town of Kazbegi . The route is spectacularly beautiful with amazing views. From the town of Kazbegi we drive with four-wheel drive cars through valleys with magnificent nature to the Gergeti Triniy church, located 2,170 meters above sea level. Weather permitting, you can get a glimpse of one of the highest glaciers in the Caucasus – Mt. Kazbegi (5047 m). Overnight in Kazbegi. (Breakfast, lunch and dinner)

Day 8: Uplistsikhe and Gori
Uplistsikhe (“Fortress of the Lord”) in eastern Georgia is an abandoned city, partly carved out of the rocks by the river Mtkvari. Archaeologists and historians believe that Uplistsikhe was one of Georgia’s earliest urban formations and played an important political and religious role in antiquity. With the Christianization of the region, however, the city began to lose importance. During the 13th century, the city was finally completely abandoned. What remains are the carved caves and ruins of the stone architecture that has emerged over the centuries. After visiting Uplistsikhe, we go to Gori , Josef Stalin’s hometown. Here we visit the Stalin Museum, which among other things has preserved the wooden cottage where Stalin was born and spent his first years. Late in the afternoon we arrive at Akhhaltsikhe where we spend the night. (Breakfast, lunch and dinner)

Day 9: The cave monastery in Vardzia and Echmiadzin
We first visit the cave monastery in Vardzia, excavated from the slopes of Mount Erusheti in southern Georgia. The monastery is nowadays maintained by a small number of dedicated monks. After an hour’s drive, we cross the border into Armenia. We visit the Echmiadzin Cathedral , Armenia’s oldest Christian shrine built in the early 300s. Overnight in Armenia’s capital Yerevan. (Breakfast and lunch)

Day 10: Garni and Geghard
We start the day by visiting the Matenadran Museum in Yerevan, known for its unique collections of ancient documents, manuscripts and books. Then we visit the Tsitsernakaberd memorial , dedicated to all those who died in the Armenian genocide of 1915. We continue to the village of Garni with its well-preserved Hellenistic temple, probably built in the first century AD. We continue to the monastery in Geghard , built during the 300s. The monastery complex has been given its current design over time and has a main chapel from the early 13th century. However, the site with its shrines and tombs, many directly carved out of the rock, is especially known for its well-preserved medieval Armenian monastery architecture, surrounded by steep cliffs in a scenic landscape. Geghard is on the UNESCO World Heritage List. We return to Yerevan where we sleep during the night. (Breakfast and lunch)

Day 11: Khor Virap and Noravank
In the morning we visit a cognac manufacturer. Then we leave the capital behind us and travel through villages, vineyards and the beautiful surroundings of the high mountain Ararat (5,137 m). According to Genesis, Noah’s ark was stranded on top of the mountain, and Noah was the first to build a vineyard. After visiting the Khor Virap monastery and having lunch, we continue to the N oravan monastery from the 13th century, beautifully situated in a narrow mountain pass with steep rock walls. Overnight in the city of Areni. (Breakfast, lunch and dinner)

Day 12: Sevan and Haghpat
Today we travel to Lake Sevan – the world’s second largest freshwater lake. After a short stop at Sevanavank Monastery to get a great view of the lake, we continue to Haghpat. The monastery complex in Haghpat, built in the late 10th century, is one of the best examples of Armenian architecture and is on the UNESCO World Heritage List. The journey continues and in the late afternoon we have arrived in the Georgian capital Tbilisi where we spend the night. (Breakfast and lunch)

Day 13: Tbilisi
The day starts with a tour of Tbilisi’s old town. We walk along the small winding alleys and pass Metekhi Church, Synagogue and Zion Cathedral. We arrive at the Bridge of Peace which stretches across the river Kura. We see the famous statue Kartis Deda (“Mother Kartlien”) which has become something of a symbol of the city. We walk down the slopes to the ancient fortress of Narikala and get a beautiful view of Tbilisi’s ancient city. The rest of the day is open to discover the city on your own. Why not visit the old town with its small shops and cozy restaurant and bar areas? Overnight in Tbilisi. (Breakfast and lunch) 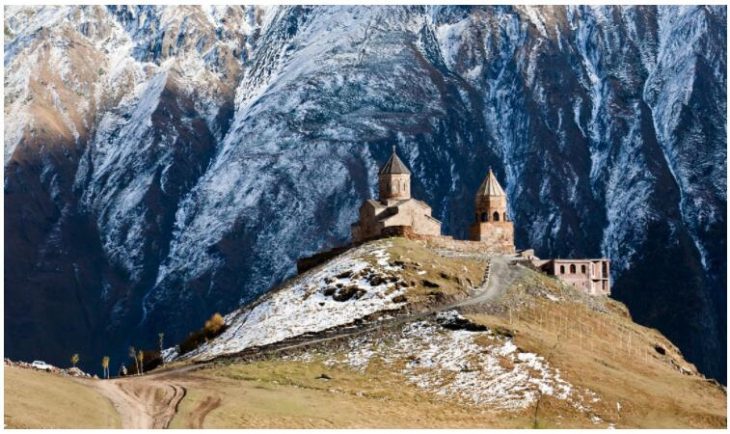 Day 14: Return from Tbilisi
After breakfast we go to the airport for return to the place of boarding.