+376 is the dialing code for Andorra.

Andorra is located in the Pyrenees mountain range, on the border between France and Spain. Since 1993, it has been a sovereign state, but France’s leader and a Spanish bishop are still formal heads of state. The Principality is a financial center and something of a tax haven. Duty-free goods and fine ski slopes attract just over ten million tourists a year. 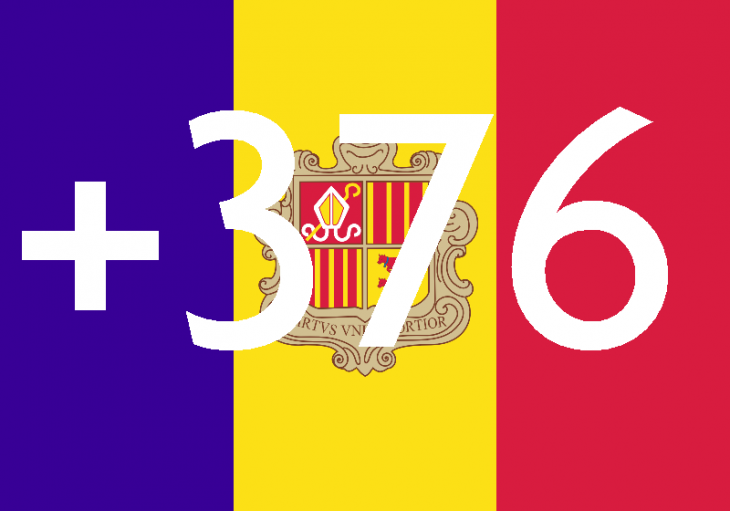 Andorra is located in the eastern Pyrenees on the border between France and Spain. With just under 470 square kilometers, the country has an area corresponding to one third of Öland.

The highest peak in mountainous Andorra is Coma Pedrosa (just over 2,940 meters above sea level) and the lowest level above sea level is 840 meters, at the border with Spain. The three largest valleys cut through the country almost in the form of the letter Y. In the valleys flow the rivers Valira del Nord and Valira d’Orient, which unite in Grand Valira.

Andorra has an alpine, Mediterranean-influenced climate with lots of snow in winters and warm, relatively dry summers. Most precipitation falls in the spring. The driest month is January.